January 08, 2019
Cookie's urinary leaks started when she was about two years old. There seemed to have been little rhyme and reason to them. We've gone through several theories and treatments--what we got to show for all that were mixed results. 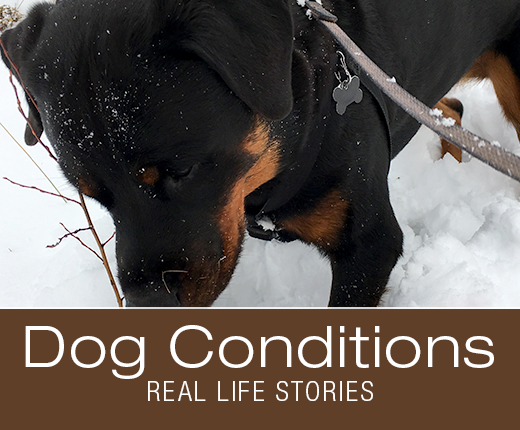 First things first, we made sure Cookie didn't have a UTI or anything else going awry in her urinary tract or bladder. All of that checked out.

Because she was so young, the next thing we checked were anatomical abnormalities. Her labs were all good, and there was no reason to suspect something sinister. The conclusion was that she has estrogen-responsive incontinence.


One thing that never added up to me was that Cookie could go weeks or months without leaking and then leak like nobody's business. And then stop again. I was told that incontinence could work that way. But it didn't make sense to me.

However, not having found anything else wrong, we decided to treat it as such. I opted for a treatment that seemed more natural to me--estrogen therapy. It kind of, sort of, worked. Maybe. Certainly not in such a way that I would be satisfied that we had the right diagnosis.

What else could it be?


Spay incontinence? Following the spay surgery, the strength of the urethral sphincter, the muscle that keeps urine from leaking, decreases--and continues to weaken with age. Many female dogs develop incontinence within three years post spay. The timeline would fit. The presentation, in my opinion, does not. If the muscle was weak, wouldn't it mean that Cookie should leak every time there was enough urine in the bladder? Which has not been the case.

Cookie also has not been drinking abnormally and whether or not she'd leak has not been directly dependent on how full her bladder was.

Neurological? Cookie's spine looks healthy on radiographs. She does have some anatomical issues in her pelvic region. Could it be that a nerve that controls the sphincter gets pressed and that's what is causing the leaks?


Cookie does see a chiropractor and does usually need some adjustments. However, sometimes she'd stop leaking after an adjustment, sometimes not. We continue with chiropractic care for her but how that may or may not affect Cookie's incontinence remains debatable.

Because Cookie has abnormalities with her lumbosacral and sacroiliac joints, I was wondering whether that might be at the root of the problem. We implemented a holistic treatment that is meant to address just that. And again, sometimes it looks like it works and sometimes not.

Why it only happens now and then? Why she can have a full bladder and not leak one day and leak the next?


Over time, a pattern started emerging. It seemed that Cookie's incontinence had been preceded by two things - full bladder and a lot of bouncing. Bouncing through deep snow or bouncing through tall grass. Naturally, bouncing could affect the nerves controlling the sphincter as well. Was that it, though?

One way or another, the more I keep track of it, the stronger the connection seems to be.


During Cookie's last wellness exam, the vet asked about how it's been with her incontinence. I explained how it is sporadic and described my observation. I loved that I could see the vet taking in the information and processing. I could see her think, putting it together.

Then she turned to me and started explaining how the bladder isn't solidly attached to anything and pretty much just "hangs" there. Which can make it bounce with a portion of it hung over a bone, out of proper position. Hmm ... I remembered how at the beginning of our incontinence journey, Jasmine's vet believed that there might be urine pooling where it shouldn't be. We thought it was an anatomical problem, but that got ruled out.

What if the displacement was only a temporary thing--a bouncy bladder?

When I asked Jasmine's vet about it, he agreed it was possible. Well ... did we solve the mystery of Cookie's leaks?