August 28, 2018
Modern veterinary medicine is incredibly advanced and offers treatments nobody even dreamt of not so long ago. Veterinary surgery is an ever-growing field offering exciting treatments. Most of the surgeries are mostly safe with amazing results. That, unfortunately, doesn't mean that things cannot go wrong. 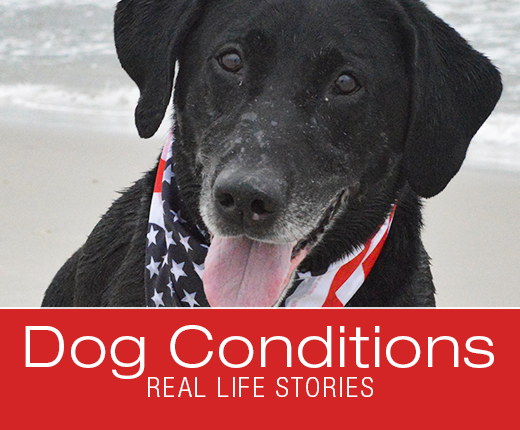 Nigel is an active dog, full of life and a drive for adventure. When he tore his cruciate ligament (CCL), conservative management didn't seem like a good way to go.

New surgical options for a torn CCL are popping up like mushrooms after a good rainfall, but TPLO is still the "gold standard" most veterinarians recommend, and surgeons like to do. I never liked this procedure, but I do appreciate that it's done very often with reasonably good results. As well as the surgeon's expertise with any given surgery is an important factor to consider.

Nigel's owner was told that TPLO is the only option that will return Nigel to normal activities.


In general, I'd mostly agree with that statement, at least regarding conservative versus surgical treatment in an active dog. Though I have to say I tend to like any other surgical option better than TPLO.

Nothing comes without potential complications.


However dire potential complications might sound, they are relatively rare. That, of course, is no consolation for a dog who does succumb to the complications. Then there is also a difference between complications and mishaps.

To me, a complication is something that could happen but cannot be entirely prevented regardless of the measures one can take. An infection at the site of the implant, particularly when it crops up long after the surgery, is a complication that arose from the presence of foreign material in the body and the bacteria really enjoying forming plaque on the hardware.

If a surgical drill bit breaks in the bone, is it a complication, mishap or...?


That was ho Nigel's complications started. With a drill bit broken inside his bone.

Should that be removed or left in? I imagine it depends on how willing it is to come out. If the drill bit really doesn't want to move, logically, it might be better to leave it. It's not like the bones aren't going to end up full of hardware.

Nigel's surgeon decided to leave the uncooperating fragment of the drill bit in. The drill bit adventure also made an hour-and-a-half surgery last four hours.

The hardware is meant to stay in, surgical instruments are not.


The surgical hardware is designed to prevent infections as much as the material allows. Drill bits? As well as the longer the tissues remain exposed, the higher the infection risk.

In the end, everything seemed to have worked out. Nigel got to go home and was recovering well.


On the day Nigel was at the hospital to have his sutures removed, he slipped and stumbled awkwardly. He yelped loudly. Did he manage to break his implant? Broken implants are another of the potential complications of the TPLO surgery. Frankly, I'm not sure why the floors in most veterinary hospitals are so slick. Slippery surfaces are one of the things I've always been paranoid about.

Nigel's concerned owner wanted to make sure Nigel didn't hurt himself or damage something, but the veterinarian seemed uninterested. He quickly checked Nigel's leg and said everything was fine.

Later, Nigel's physical therapy vet checked the leg thoroughly and concluded Nigel pulled his groin muscle which would set him back a little bit but should heal.


Nigel wasn't not getting better, though. About four weeks later, he started taking the weight of his leg and refusing to do his physiotherapy exercises. A few days later, the incision which should have been well healed by then, started oozing bloody discharge.

Nigel had an infection. Cultures came back as methicillin-resistant S. pseudintermedius (MRSP), and Nigel was put on a special antibiotic. Things seemed to improve some with the treatment, but Nigel was still not bearing much weight on the leg.

Nigel's owner consulted with a different surgeon. X-rays looked good but Nigel's muscles were atrophied, and he continued to be lame. The surgeon removed some thick fluid from the site, but cultures came back clean. How often do cultures come back negative while on antibiotics?


Time went on. Nigel would look better at times, then worse again. There was a disagreement among the surgeons on how to proceed. Wait and see if problems go away or remove the transplant? That was the question.

After what must have seemed forever to both Nigel and his owner, the implant, as well as the broken drill bit, were finally removed. Since Nigel's bones have fully healed, the implant was not needed in there anymore anyway.

Nigel was almost fully weight-bearing on the surgical leg the day he was released after the hardware removal!


This whole time, Nigel had a bone infection at the implant site.

Nigel is doing well now, and his muscles are getting strong again. It was quite an ordeal he's been through. Could it have been avoided?

Related articles:
Hanging by a Thread? Stabilizing Forces in the Canine Stifle
Dog Knee Injuries: My Two Cents on Cora-based Leveling Osteotomy (CBLO) Repair
What Is That Limp?
Talk To Me About Dog ACL/CCL Injuries (I do need to update this one)
Triple Tibial Osteotomy (TTO)
Simitri Stable in Stride
Is There Such a Thing as a False Drawer Sign?
Preventing ACL Injuries in Dogs
Preventing ACL/CCL Tears Part I
Preventing ACL/CCL Tears Part II (All or None or Partial)
Full Cruciate Ligament Tears
Ruptured Cruciate Ligaments and Early Spay and Neuter
ACL Injuries in Dogs: Non-Surgical Alternatives
Platelet-Rich Plasma (PRP) Treatment for Cookie's Bad Knee(s)
Cruciate Ligament (ACL/CCL) Surgery Post-Op Care Example Plan
Surviving the Post-Op After Your Dog's ACL/CCL Surgery