The Role Music Can Play In Your Dog's Health, Wellness and Happiness

Music has been said to be a universal language. Stevie Wonder wrote the lyrics, “Music is a world within itself, with a language we all understand” in his 1976 song Sir Duke. I'd say that's both pretty accurate and prophetic. 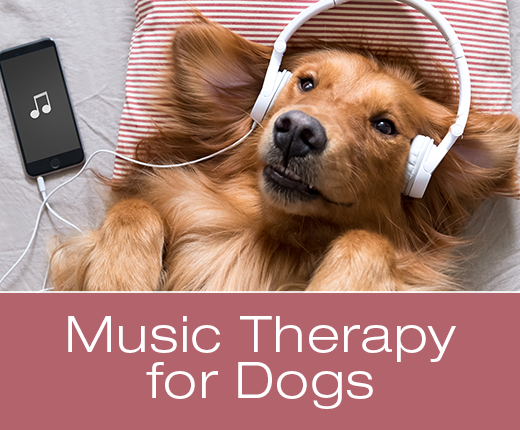 It turns out that thus far, science mostly agrees with Stevie. However, the debate over the level of universality of music continues amongst musicians, scholars and scientists alike. According to the lead author of a 2018 joint study by Harvard University and New Zealand's Victoria University, “Despite the staggering diversity of music influenced by countless cultures and readily available to the modern listener, our shared human nature may underlie basic musical structures that transcend cultural differences.” R1

In addition, the study's co-author Manvir Singh, also from Harvard points out, “We show that our shared psychology produces fundamental patterns in a song that transcend our profound cultural differences.” R2

It's pretty clear that as a whole, the form and function of the human song is recognizable and identifiable across all races and cultures.

The big question is – does that universality jump species to our dogs?


Musical notes are simply waves with specific frequencies. Although they process sound a little contrary to humans with capabilities and sensitivities at different frequencies, dogs can certainly distinguish different tones or notes. In fact, opera composer Richard Wilhelm Wagner, “had a strong appreciation of the musical taste of dogs. Wagner noticed that his dog Peps responded differently to melodies depending upon their musical keys.” R3 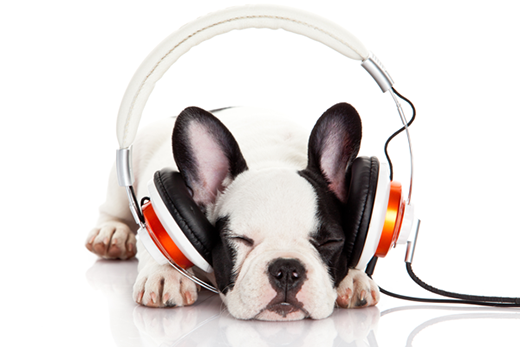 I myself like to write music and have found the keys of D major and E major to be especially pleasing to our four-legged friends. I've also noticed that they seem to appreciate simple arrangements played with mostly acoustic instruments. Simple melodies with a repeating motif also strike a chord with our dogs. Harsher sounding percussion instruments like tambourines, drums, and shakers are known to annoy dogs and harmonicas can make them howl in the voice of their people. Reed and woodwind instruments can be hit and miss depending on the genre of music. For example, a soft clarinet in an orchestra setting is likely fine but an aggressive one playing jazz fusion is more likely to irritate a dog rather than calm it.

Research has also shown that dogs have musical preferences and offer different behaviors depending on the genre of music.


They seem to prefer classical and reggae which produced a calming effect while heavy metal and grunge agitated the dogs and increased barking levels and intensity. Some interesting findings were revealed in a study by psychologist Deborah Wells at Queens University in Belfast. She summarized the study's findings: "It is well established that music can influence our moods. Classical music, for example, can help to reduce levels of stress, while grunge music can promote hostility, sadness, tension, and fatigue. It is now believed that dogs may be as discerning as humans when it comes to musical preference." R4 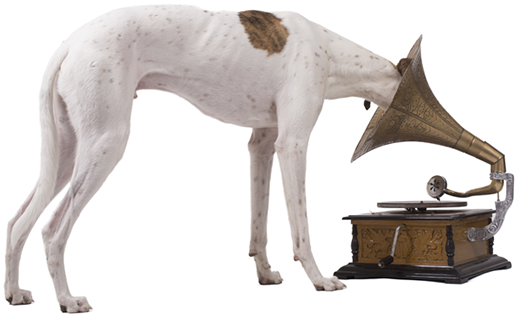 Another study published in Physiology and Behaviour Vol. 143 showed dogs in a shelter setting that were exposed to classical music, "spent significantly more time sitting/lying and silent and less time standing and barking during auditory stimulation" and interestingly enough, 'male dogs responded better to auditory stimulation relative to female." The study revealed that "auditory stimulation-induced changes in HRV (Heart Rate Variability) and behavioral data indicative of reduced stress levels in dogs in both groups." And finally, "The results of this study show the potential of auditory stimulation as a highly effective environmental enrichment technique for kennelled dogs." R5

So it seems fairly obvious that some music can have a calming effect on dogs even in a high-stress environment such as a shelter or rescue situation. I have also experimented on my own at home.

Over the years, I've had many dogs come to stay with me for extended periods of time in a board and train setting.


Most of the dogs start out a little nervous because they miss their people and are away from home and their usual routines. All of these factors can initially cause stress and anxiety. However, in every case, the dogs calmed quicker when I played my guitar or piano. In fact, as I played, the dogs would gather around me, lie down and often go to sleep. Some would calmly listen, but all would visibly relax and settle in. They seem to prefer a nylon-stringed guitar to a steel string although the steel string works fine if the song and tone are appropriate. The piano was also a hit provided the song tempo was slower, and the song was of a softer nature.

Other observations I have made is that the dogs preferred when I played in modal tunings rather than a standard guitar tuning. Modal or open tunings often have several of the six strings tuned to the same note creating a very pleasing, stereo rich sound. These modal tunings allow for unique chord structures and arrangements that our fur babies seem to relish. The dogs also enjoyed when I softly sang which gave me another idea.

As positive dog guardians, the challenge is to maintain a positive attitude and tone even when you're experiencing upheaval, stress, and worry in your life because our dogs will not only feel your emotions and moods, they will key in on them and reflect them back. Seeing the effect that singing had on the dogs, I decided to experiment and make up various little songs for everyday tasks so that I could remain calm and positive. Let's face it, it's a lot more difficult to be frustrated, angry or stressed when you're singing silly little songs. For example, when I brush and groom our dogs, I found that singing a tune kept them more engaged and much calmer throughout the process. The song doesn't have to be complicated in fact, it's better if it's not. The song I sing to them is very simple. I simply repeat, “Everywhere there's hair it comes out of there....and it keeps coming and coming and coming and coming.” We have husky crosses.

Sounds kind of inane but it works like a charm. They hear that song, see the brush and smile and wag their tails. Another example is when I put their collars on for our daily hike. It's understandable that they get excited but I always require calm behavior so they earn the resource. In this case, the resource is hiking. The tune I use for collar on is, “Dong Diggy Diggy Diggy dong, I want to put your collar on.” Try and sing that one in a frustrated tone. The collar off song is, “Don't you fret, don't you scoff, I just want to take your collar off.”

I have different songs for different tasks, and they accomplish several objectives. They calm me, help me remain positive with a happy tone, it calms the dogs, it creates a pleasant association for them in regards to the various tasks, and it facilitates training protocols as well as self-control. The melodies need not be complicated; in fact, it's better if they're very simple with fewer notes. You also don't need to be a great singer because your dogs won't care if you're a little or even a lot out of tune. They simply key in on your tone and mood which again helps create a positive cause and effect association in their minds. Pavlov used a bell. I like to use music.

Other wildly popular hits around our house are:


Some songs are attached to certain training or feeding protocols, and some are just for fun, but they all let the dogs know what's next and more importantly, they all have positive associations.

I challenge each and every dog guardian to incorporate music into your dog's daily routines. 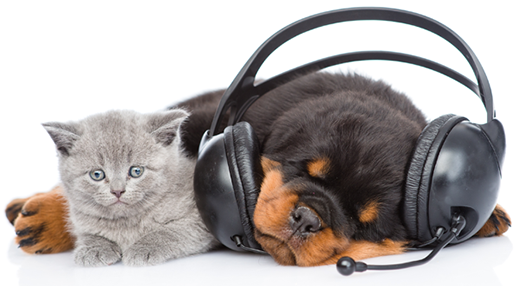 I encourage everyone to play music when you leave your dog alone and make up silly little songs that keep things light and pleasant between you and your dog. It'll help humans and canines alike to stay happy and positive, keep frustration levels low, have a calming effect, establish positive cause and effect associations for your dogs, as well as greatly improve your bond with your dog...and you just might improve your singing voice or pick up a musical instrument along the way!

Math and music are often said to be universal languages. Dogs have no clue about calculus, but they certainly enjoy a little Bach or Bob Marley.