Is there a Connection between Star's Mysterious Lameness and Skin Issues?

February 26, 2019
Star's mom went to search for answers when Star came down with some mysterious problems. 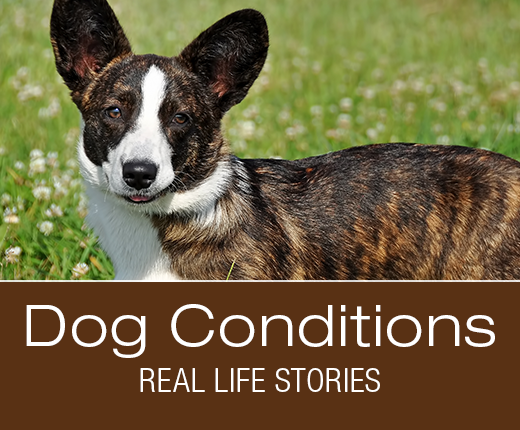 It all started with Star having pain in her legs and difficulty getting around. The initial suspect was hip dysplasia but that was ruled out.

Then Star's face broke out with nasty, painful sores.


In spite of all attempts for diagnosis, all results came back negative, For everything. But Star was not well. Along with difficulties with her legs and the skin sores, she was running a fever and had difficulty swallowing.

The question also remained whether there was a connection between all these problems. My thinking is that when various, seemingly unrelated problems crop up at the same time--look for a common thread.

What be causing all these problems and not showing on any tests?


An autoimmune disease was a high suspect. Systemic Lupus Erythematosis (SLE), for example, could account for all the things. The symptoms of SLE include lameness, lethargy, changes in appetite, skin ulceration and fever.

The test for that is Anti-nuclear Antibody (ANA)--antibodies that attack the components of the body's own cell nuclei--the control center in each cell. And it was negative.

Things like pemphigus would only cause lameness if the lesions involved foot pads.

What could be the diagnosis that would explain Star's constellation of symptoms?


The latest verdict of Star's veterinarians was canine herpesvirus; two different strains. This infection is best known in puppies. Star is an adult dog. In adult dogs, there would either be no signs of the virus present, or the virus would likely affect the upper respiratory tract, eyes, or reproductive organs.

Is this virus behaving differently in Star? Or is the virus present but something else, not yet discovered, is causing Star's issues?

Could it be that the virus is behaving similarly to chickenpox that can cause shingles later in life? There is plenty of pain to go with that--I had shingles a few years ago.

Could it be that Star's case is so unique or are her veterinarians missing something?