Symptoms to Watch for in Your Dog: The Big Picture

January 10, 2019
Any changes in your dog's appearance, behavior, activity, eating, drinking, and elimination habits are a reflection of your dog's state of health--physical or emotional. Some things stand out--such as vomiting or diarrhea--and there are things which are not as straightforward.

You are not expected to diagnose your dog, nor should you try. You should, however, be able to tell when and how fast you should see a veterinarian. 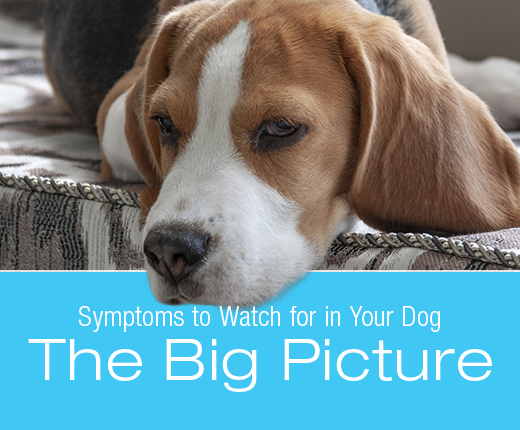 A lot of things might depend on circumstances, and that's where good judgment is vital. Some things are always an emergency--they are listed below.

Note: A sick puppy is always an emergency.

Is there some rule of thumb to use when assessing your dog's symptoms?

It is a good idea to learn how to check your dog's vital sign and what is normal for them.

What about things that cannot really be measured?


Here are the criteria I use to get the big picture when my dog looks or acts sick.


The higher your dog's situation ranks in these categories, the faster you should see a vet. That is not to say that progressive or wax and wane situations should be ignored. For example, wax and wane weakness, lethargy, reluctance or inability to walk are a major red flag that could indicate a serious condition such as a bleeding splenic tumor.

As well as conditions that seem relatively low on the panic scale but fail to improve or are progressively getting worse. For example, lameness that's getting worse rather than better--with or without treatment--could indicate bone cancer. Progressive weight loss without an explanation, gradual loss of interest in food, increasing intolerance to exercise ... all these things might not have to be addressed today or tomorrow but should be addressed.

What is the most important thing you can do for your dog's health?


Knowing what is normal for them. If you liked my article, I urge you to also check out Creature Clinic's post and start watching your dog now. 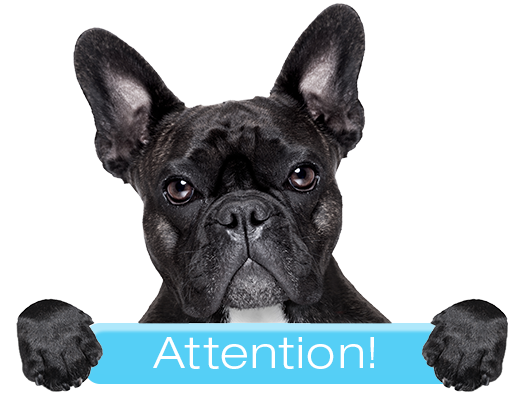