Dog Adrenal Hormones: What is the Difference between Adrenaline and Cortisol?

December 20, 2018
Recently I read a veterinary article about elevated liver enzymes in [senior] dogs. It was written from the perspective of clinical experience. Among other things, the article explained how liver enzyme elevation can be a predictor of Cushing's disease. And then it introduced what I thought was a typo--an explanation that Cushing's disease is caused by over-production of adrenaline. When I asked,, I was told that the word was used on purpose--because it is a familiar word. 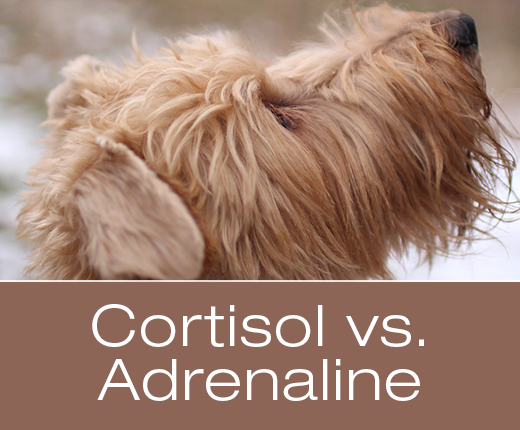 I can see that, except I can't. I do believe in simplification--it is more important to understand concepts than terminology. But is it helpful to substitute one thing for another just because the latter is unfamiliar? I won't be the judge of that. Instead, I will try to explain the difference in simple terms.


Adrenaline is one of the hormones produced by adrenal glands. So far so good--everybody heard of adrenaline. And adrenal glands are the glands that make it. Btw, however fancy the term might sound, it's nothing more than Latin for the gland's location--near the kidneys.


By the time cortisol was getting its name, it has been discovered that the adrenal glands are not just a one-purpose chunk of an organ but that they have a distinct inner core and outer shell (cortex), each of which has a different function. So cortisol too got named by the place of its origin--the adrenal cortex. Which works because adrenaline is actually produced in the core of the gland, not the shell.

Other than where they come from, then, the names of these two hormones tell us little about what they do.

They are related in the sense that both of them get released in response to stress.

What does adrenaline do?


When adrenaline is released, it works to provide a boost to facilitate fight or flight. That includes an increase in heart rate and blood pressure, expanding air passages in the lungs, maximizing glucose metabolism, and redistributing blood to the muscles. Kind of like a turbo charge boost in a race car. 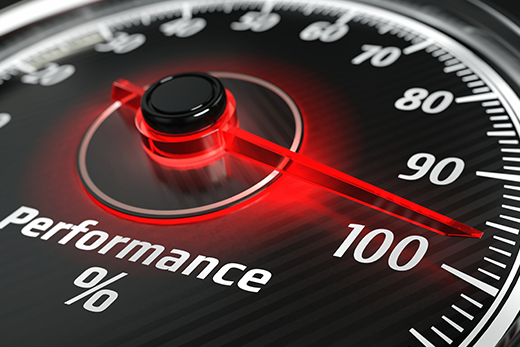 What does cortisol do?


Cortisol too is involved with response to stress--it controls the processes that provide the energy needed for the above turbo boost. In other words, adrenaline facilitates the distribution and cortisol supplies the fuel. In the process, it also suspends functions that are not a priority for immediate survival--such as the immune system or tissue maintenance. Which is great when you need to run away from a predator, as long as everything goes back to normal when the danger is over.


Adrenaline is not involved in Cushing's disease--cortisol is. With Cushing's disease, the adrenal cortex (the outer shell that produces cortisol) gets over-stimulated and produces too much. As well as too much cortisol might be introduced into the body in the form of medication.

Once in the bloodstream, the hormone doesn't know any better--it does what is supposed to do--getting everything organized for flight or fight. Except there isn't any. Processes that should be running get shut down, everything is focused on gathering fuel which is neither properly distributed or used. 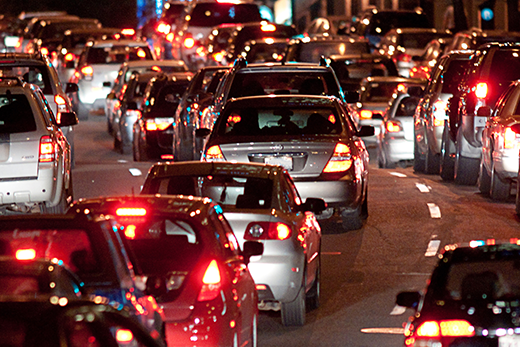 If you take a look at many of the related symptoms, you can see how they all make sense in this light.

Do you like the explanation or would you be happier to just be told that Cushing's is the overproduction of adrenaline?


Related articles:
Cortisol: What Happens In A Dog’s Body When It Goes Awry?