July 31, 2018
Last Saturday, I highlighted Dr. Karen Becker's article highlighting the fecal microbiota transplantation (FTM) treatment as a potentially game-changing addition to traditional supportive treatment for parvo. There is some emerging evidence that this treatment can make a world of difference in chance of survival for infected puppies. 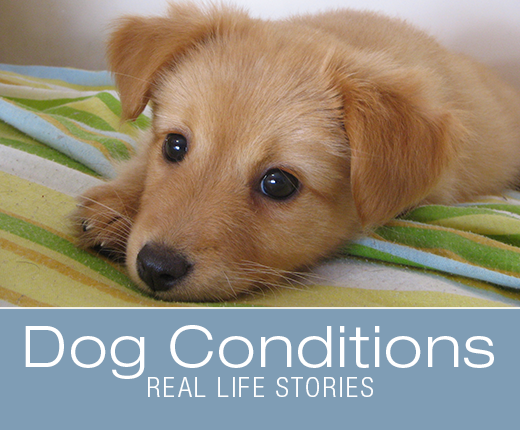 Felix, a sweet Yellow Lab puppy, fell ill shortly after his parents brought him home from a breeder. He was diagnosed with parvo. Even though Felix did receive his first round of puppy shots, what initially appeared like a mild case, quickly progressed in a life-threatening illness.

When your young, energetic puppy doesn't run out to greet you, you know something is seriously amiss.


Even though the initial signs appeared relatively benign, Felix's mom knew something was wrong and took him to an emergency hospital right away. Blood work revealed that Felix had no antibodies against neither parvo or distemper--his vaccination didn't take. This can happen because he still had maternal antibodies, or his immune system was still too immature at the time of vaccination. (That is why the vaccination protocol for puppies includes multiple vaccinations)


He was admitted to the hospital. The first two days, no knew symptoms cropped up. Everybody was hopeful that he'll do fine. And then he crashed and became severely ill. Felix's prognosis suddenly became very bleak. In spite of aggressive supportive treatment, Felix was on the brink of death. Nothing was helping, not even plasma and whole blood transfusions.

The situation got to the point when euthanasia was recommended as the kindest thing to do.


But Felix's parents couldn't bring themselves to make that decision. They contacted their regular vet, Dr. Karen Becker, to report on the situation and to ask whether there was anything that could be tried.

"... I decided to give Whitney and Grant some rather unusual advice. I suggested an immunoglobulin A (IgA) supplement, which I had recommended for one of their other dogs in the past. I also recommended homeopathic nosodes for parvo. And finally, I suggested a fecal transplant." ~Dr. Karen Becker


Have you ever heard of fecal transplant treatment for dogs?


It's a weird-sounding treatment for sure, but it's gaining a reputation as an effective treatment for potentially life-threatening gastrointestinal infections.

It is what it sounds like--poop from a healthy dog is implanted into an unhealthy one. What could be the purpose of doing that? With the poop, a healthy microbiome is introduced to the diseased intestine. The technical term is "microbiome restorative therapy." It is actually not a new idea in human medicine.

When your puppy is dying, you might as well try something crazy-sounding.


What do you have to lose?

The ER veterinarians were supportive of trying this treatment. The very next day after the treatment, Felix started to get better!

Felix has recovered and is doing great. He is a parvo survivor and other than being a little smaller, he doesn't seem to have any lasting effects from his medical ordeal.