Do Dogs Get Hemorrhoids? Pray for Stormy

March 20, 2018
Stormy is a friendly, happy Collie mix who lives with my friend in the old country.

He is 18 years old, and with the exception of an old spinal injury that would give him a hard time now and then when he overdid things, he is still plenty eager to chase bitches. In my old country, dogs rarely get fixed, and a smell of a doggy girl in heat can get his attention in spite of his gray hairs. Actually, being blonde, he doesn't have that many of those. 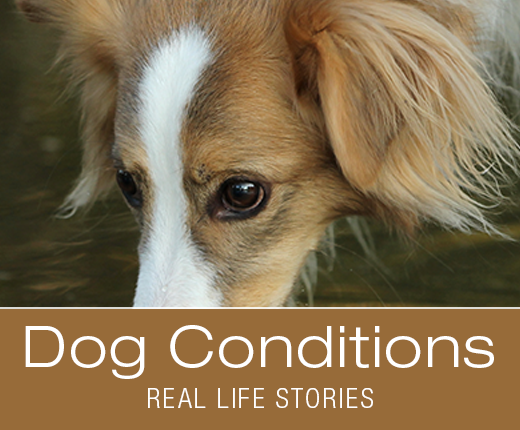 A few weeks ago, he started having some bleeds from his rectum.


During the first vet visit, my friend was told Stormy was suffering from hemorrhoids and came back with an ointment to put on that. A bump that would support that theory was sometimes apparent.

When my friend told me about what's going on with Stormy, I thought it was strange that I haven't yet heard of dog hemorrhoids.

Do dogs get hemorrhoids?


As I usually do, I went to look it up. The first reputable article I could find states the following:

"Fortunately for dogs, they don’t get hemorrhoids because the anatomy of their gastrointestinal system is different than humans. For one, they walk around on four feet, and we walk around on two. Our lower GI system runs more vertical, predisposing us to problems with hemorrhoids, but dogs’ lower GI system runs horizontally, putting less pressure on the blood vessels in the rectum and anus." ~Dr. Wooten, DVM/petMD


So how is it then? Can dogs get hemorrhoids or not and is that what Stormy has?

Some other articles cite that dog can indeed get hemorrhoids though it is quite rare. However, I have never heard of a dog having one, including a dog health group I run and those I follow.

I was glad when my friend got a second opinion.

The general outlook isn't the greatest, and the vet deemed it untreatable.

I recommended my friend try turmeric, as she might as well. There are some other holistic therapy options, but those are not available there.

Not a whole lot left for my friend to do other than pray, which she is doing and I'd like my readers to join in prayer with her.

Not much take-home points here other than the advice not to assume your dog has hemorrhoids when you encounter such symptoms.

An award-winning guide to better understanding what your dog is telling you about their health, Symptoms to Watch for in Your Dog, is available in paperback and Kindle. Each chapter includes notes on when it is an emergency.