Zoey was diagnosed with Mitral Valve Disease (MVD) in July of 2016. 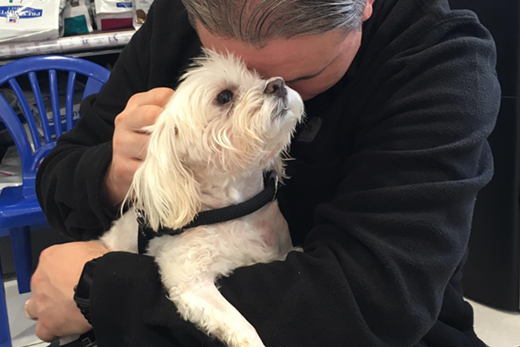 We were told it was a disease of the heart where the valve degenerates causing a regurgitation of blood back into the heart, ultimately leading to congestive heart failure and death. They said nothing surgically could be done to fix this, only medication to delay its onset.

As you can imagine we were devastated, left without any hope. Zoey was only given a year left to live.


I searched frantically online for something and found that Cornell University hosted a team of Japanese doctors that perform Mitral Valve Repair surgery. Dylan Raskin was able to secure the funds to fly them to the US, hotel them and cover all the medical expenses. 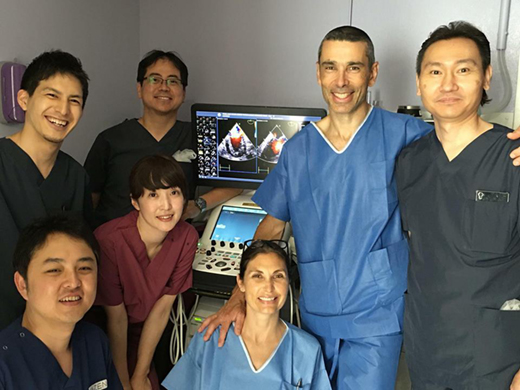 His dog Esme was almost at death's door but two years after this surgery is more than saved, she healthy and like a puppy.


Sadly, the doctors are only performing this surgery in France, Japan, and Singapore and are the only ones qualified in the world doing the surgery. I learned all I can about this and in the end, I flew my dog from Los Angeles to France for an open-heart mitral valve repair surgery.

The surgery was done October 26th 2016 by Dr. Masami Uechi and Jean Hugues Bozon of the Clinique Veterinaire BOZON 2424 in Versailles France. 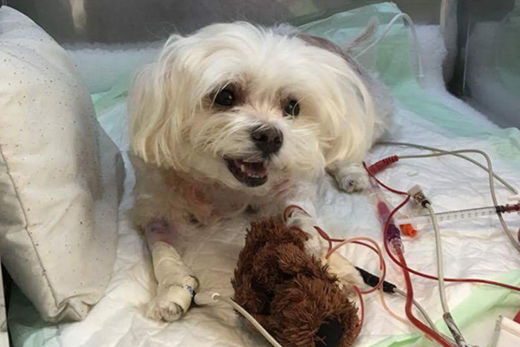 Zoey is healing well and her heart has already reduced in size.


Her energy level is like a puppy.  Zoey is off Pimobendan and Enalapril for good.  She only requires blood thinners for the first three months of recovery to avoid blood clots.  No running or jumping as well until cleared by Dr. Sabine Bozon who is Zoey's cardiologist in France.  In addition to her work Dr. Sabine also does the Pre-operative patient profiling and is the director of the surgical aftercare program for her clinic. 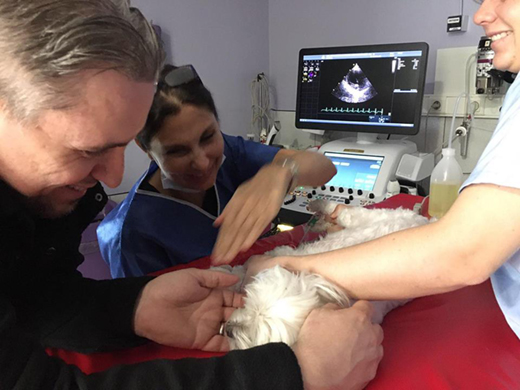 Prior to surgery, Zoey's heart was extremely large and her left atrium vein was dilated and stretched.


The surgery also revealed she was almost going to have a chord rupture. Once this is healed, her heart will continue to shrink and her murmur should reduce as well. 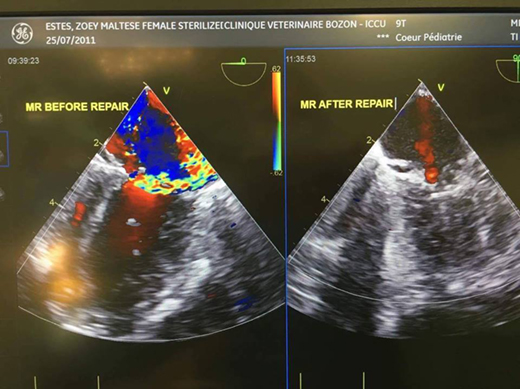 Our three-month post-op check is on January 28th with Dr. Hodge from UC Davis's satellite office in San Diego. Zoey's surgery had no complications and was expected to have a 98 percent result. We feel truly blessed with the level of care we have received from the 6 day ICU care from the Bozon clinic.

Currently, no US surgeon is able to perform this surgery unless they'd study abroad learning Dr. Masami's technique, bringing it back to the US. 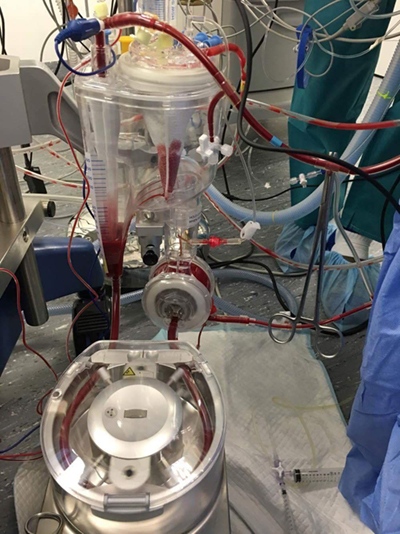 The surgery involves heart and lung bypass machine (seen in pics) which the Bozons are the only certified specialists outside of Japan qualified to do small animal bypass.

It involves strengthening the mitral valve with a gortex loop and reattaching the valve to the heart wall with six gortex chords to replace the stressed or stretched out chords. In addition, they strengthen and add extra chords to the heart to ensure any possible future ruptures will have no ill effects on the condition. 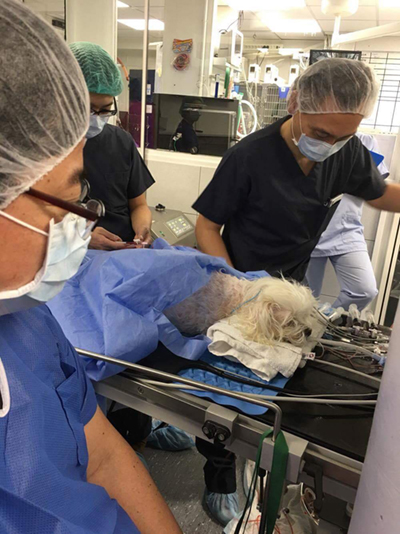 The goal of this surgery is to restore them to the B1 stage and repair the valve as much as possible to reduce the regurgitation.

By using the gortex material, there is no rejection. Valve replacements have been attempted yet failed because the body rejected it. Anti-rejection medications didn't work.

This surgery is currently the only option to save dogs suffering from MVD and most cardiologists are unfamiliar with it. 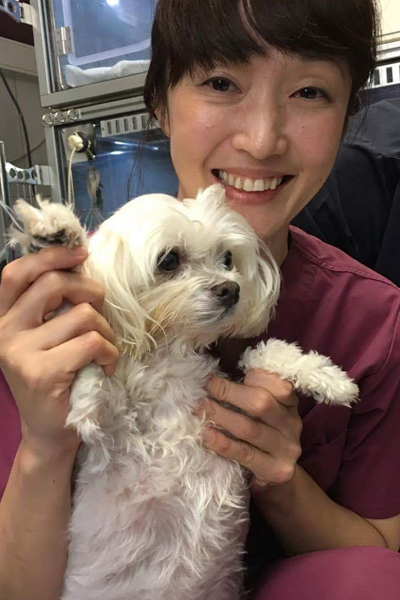 This is history in the making.


I am always asked about the cost and why is it so expensive so here it is,

The clinic is using state of the art medical equipment that most human hospitals dream of having, such as the mentioned cardiopulmonary bypass machine and a cell saving machine that allows for a transfusion of Zoey's own blood during surgery should she have needed it. Donor blood is also available onsite in the case more is needed. 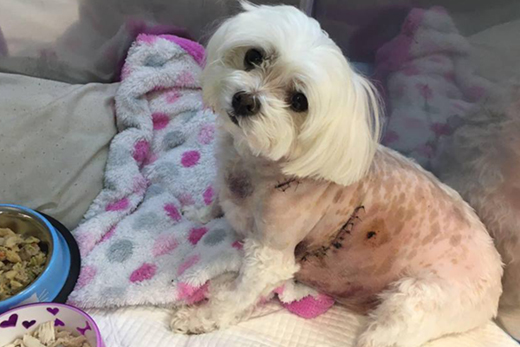 I didn't have the money but was able to secure high-interest rate loans that I barely could afford. I did this without hesitation to save Zoey.

We have set up a Facebook support group about this surgery and are helping to ease the stress of many others that will take the journey we've been on.

If your dog was diagnosed MVD, you can check out and join the Mighty Hearts MVD Community.