If I was being careful with meds after Jasmine's adverse reaction to NSAIDs, I became right down paranoid after the horror caused by the Buprenorphine. 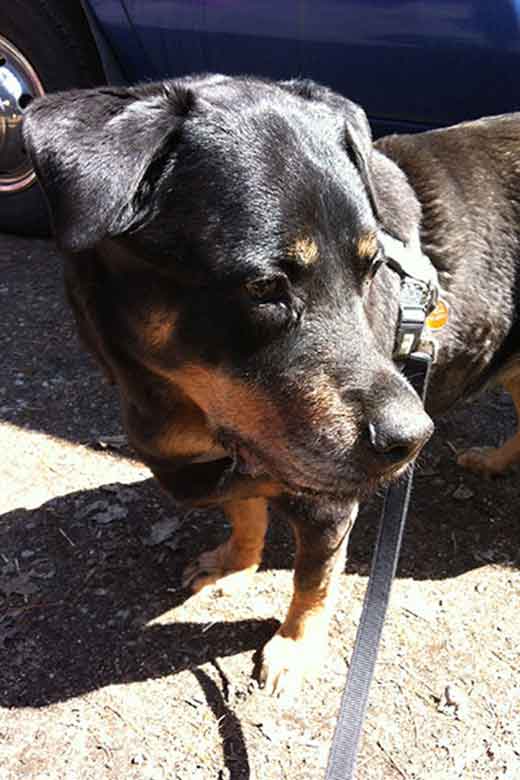 It almost killed her and cost her a week at ICU and a month of recovery.


Strangely, as a wild twist of fate, it also likely saved her life but I wouldn't consider that a standard rule for drug adverse reactions.

Being as careful as we became and opting for non-drug solutions every time we could, we had a few years free of medication-related horrors. Jasmine's file had two red stickers on it - no NSAIDs and no Buprenorphine.

There were a couple of occasions when I almost got talked into putting Jasmine on steroids but I persevered and we handled things without them.

Everything was fine until Jasmine's neck, which has been a ticking bomb all along, blew.

That fall, she was doing amazingly well. Vibrant, vital, full of life, she looked like she had at least two more full years in her easily. And then, without any warning, she became a train wreck. At first, I had no idea what I was looking at. All I knew was that something was very wrong.

That was the day I agreed to steroids.


If there were a time and place to use them, that was it. Jasmine was in terrible pain and needed relief fast. She got steroids as well as a shot of morphine.

She looked pretty horrible but given her diagnoses it would have been expected. It took a couple of days for her to start feeling reasonably comfortable. Obviously, she was on strict exercise restrictions; just the fact she didn't really care was a sign she was in a lot of pain.

Slowly, she started being able to go outside for short, easy walks. At the same time, it was determined she needed her dental done. As soon as she looked like she got over the "neck event", it was scheduled, bearing taking high precautions to minimize neck manipulations during the procedure. Her lower front teeth, that had been slowly declining reached a point when they needed to come out. The surgery went smoothly; she returned home with medications and another shot of morphine.

Something wasn't right, though.

She was anxious, trying to pace around, while at the same time barely able to stand. Both her wrong and back were extremely "droopy." She needed to lay down and rest but she couldn't/wouldn't no matter how hard we tried.

It didn't really look like pain from her neck. It was suspected that she wasn't dealing with the anesthesia as well as she used to. The solution was letting it get out of her system. You can only imagine how sorry I was that I agreed to doing the dental, however much it needed to have been done.

And yes, she had fresh pre-op blood work and the protocol used was the same one she never had issues with before.

In my mind, I have decided not to even put her through anesthesia again.


She bounced back in about 24 hours. She got weaned off the steroids and started enjoying longer and longer walks. Things started getting back to where they should be. We were extremely careful with her and we did have some challenges and setbacks, but overall things looked pretty good. It seemed that she was going to be okay once again.


When Jasmine got her first ever UTI, it wasn't a big surprise. With any kind of mobility challenges, it can happen easily. It got treated and went away. But only to return. To do things properly, we ran a culture and found out that this time around she had a resistant strain. The choice of antibiotics to which this strain would respond to was limited to a few nasty options.

Even though the least nasty antibiotic was selected, the effects from it were severe.


Jasmine was nauseous, didn't want to eat, and Serenia barely made a dent in that.

Jasmine got up and it was very obvious that her neck had another major setback. We were on our way.

Jasmine got another shot of morphine and was put on steroids once again.

What followed made it clear that it wasn't the anesthesia but the morphine what made her so miserable after her dental.

Morphine, which was supposed to be her friend, became her enemy.


You can see here what shape she was in. This time she was not getting better but worse. On top of all that, her liver was now enlarged and painful.

Those were her last days. Between the steroids, nasty antibiotic and the morphine, her body was unable to cope any longer.