Top Veterinary Articles of the Week: New Research on Impacts of Early Neutering, Entropion, and more ... Early spay and neuter. Good thing or bad? Jasmine was spayed at vet's recommendation at four months. She paid for it. Cookie was spayed at least that early and likely even earlier. She's paying for it already, and she's only four. Of course, when adopting a dog, they are likely to be fixed already. But if I ever had a say on when the spay or neuter I would not do it until my dog reached full maturity. When my brother-in-law adopted two young, still intact German Shepherds, I strongly recommended waiting.

Much of the newest research is revealing negative implications of early neutering in Golden Retrievers, Labradors, Vizslas, Rottweilers and now German Shepherds. The University of California evaluated medical records from 1170 neutered and intact German Shepherds to explore the impact of early neutering on joint diseases, cancers, and urinary incontinence. And yet again it shows that early spay and neuter might not be the best of ideas at all.

Back in my country we have an adage, "Measure twice and cut once." Because once you cut there is no going back. I think we should all think long and hard before cutting.

Entropion is a condition that refers to an inward rolling of an eyelid. You'd think it's not a big deal, but it is. It can actually damage the eyes. JD has a mild entropion. So far it's been only causing some discharge particularly if the eyes get further irritated such as during high pollen season. For now, we got eye drops but if it starts giving him more trouble he will need surgery.


There are several minimally invasive surgical options, most of which can be done by your family veterinarian. Of course, there are always veterinary ophthalmologists to consult with.


Is My Dog Too Old For Anesthesia?
Dr. Julie Buzby/toegrips.com

No medical decision you ever make for your dog should be made lightly. There is not a single treatment that is both effective and without potential risk. It's weighing the risk versus reward that matters.

Over the years, anesthesia has become very safe. But that doesn't mean that things cannot go wrong because sometimes they just do. While I understand how modern protocols make anesthesia so much safer than it used to be, and know that things go rarely wrong, I dread every time one of my dogs has to go under. I consider everything with great care and discuss the living daylights out of things. I try combine procedures where possible. Though being under for too long adds to the risk as well. It's all a balancing act. I would never put my dog through a procedure they don't need in order to make their life better or even save it. And when I do decide on a diagnostic procedure or treatment, I made well sure that I am convinced it is the best decision I could have made. And then I hope for the best.

My dogs never had direct complications from anesthesia but did have complications related to it. Jasmine almost died to drug-induced hyperthermia after getting x-rays. Towards the end, she had a terrible reaction to morphine. One time Cookie had a reaction to sedation. JD had a hard time coming out of his anesthesia.

But while doing something can rarely end up badly, doing nothing almost always ends up badly. Read Dr. Buzby's heartfelt article on anesthesia in senior dogs.


7 Scary Diseases Your Dog Can Get from Water
Dr. Jessica Vogelsang/petMD 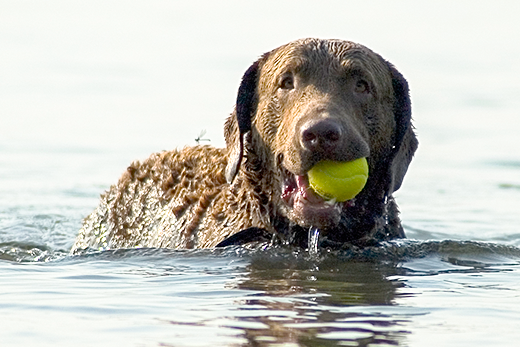 Let's face it, the world we live in is full of dangers. There are potential risks that come with every season. In the summer, water is one of them. Life-sustaining, refreshing, fun to play in water. There is nothing better than swimming or splashing with your dog on a hot summer day. And most of the time it's also perfectly safe. But it is important to be aware that some organisms that can be found in it pose a potential health risk to our dogs. Being forewarned is being forearmed. Depending on your geographical location, the most common waterborne threats include leptospirosis, pythiosis, blue-green algae, giardiasis, cryptosporidiosis, schistosomiasis, and Pseudomonas.

Our guys never got sick from playing in the water, and I hope neither do yours. Check out petMD's presentation about the potential risks that might lurk in your favorite pond or lake.