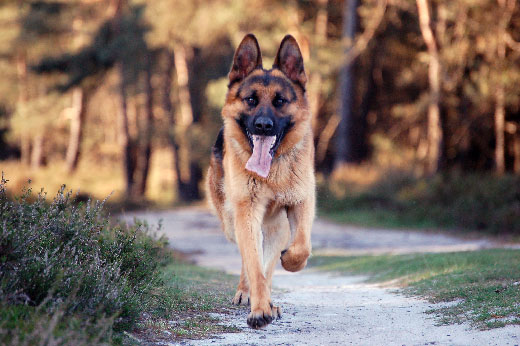 We all hear about heartworm disease and prevention a lot. But do you know how it progresses from infection to a disease?

Did you know that damage to the arteries begins mere days after infection? And that the final stage of the disease is congestive heart failure?

This is something that never really made much sense to me - why would any animal be allergic to its food? How dumb would the body have to be for this to happen?

There are a number of theories about why that might be the case, such as the leaky gut syndrome. That theory does make sense to me. There are only certain size nutrient particles that should make it through the intestinal wall. If for any reason anything bigger makes it through into the bloodstream, what is the immune system to make of it? It looks bigger than it should, perhaps it is an invader.

One thing that has always been on my mind was wondering whether the actual food is to blame or stuffs that are in it which really shouldn't and which are not food. You know, antibiotics, arsenic, and who knows what else.

In his article Dr. Alleyne introduces the idea of food residue. Which indeed means that the animal doesn't have a problem with the food itself but pharmacological agents found in that food.

Now, there are laws about mandatory withdrawal time before slaughter. This is supposed to allow the drugs leave muscle tissue. Apparently, though, some studies show that there is still evidence of these things in the bones.

Does your dog food contain bone meal? And if it doesn't, is it possible that some bone or cartilage makes it in anyway? Particularly with smaller critters such as chicken? And is that what is actually behind our dogs' issues with food?

I think these are all interesting questions to ponder.

Check out Dr. Alleyne's thoughts on the subject.

Where we live, we don't have many rattlesnakes even though plenty can be found not far away at all. When we moved there, one of the first things I asked at our new vet's office was whether they had rattlesnake antivenin, should we ever need it.

We were told that we'd have to go to human ER for that. I'm not impressed but at least I know what to expect.

Apparently, the antivenin is quite expensive and that's why many vets don't stock it. Treatment of two vials of antivenin comes to $5,000 and that is just a start.

The good news is that the prices of antivenin seems to be going down. In the past years, new antivenins have entered the market. They are easier to administer, more potent while having lower rate of side effects, and they are cheaper.