Enzymes: What Is Up with That?

I have already mentioned enzymes in the article about the function of proteins the the dog's body. Most people, when they think of proteins, they think structural elements. Which they are. But they also have important jobs which they perform. Many jobs.

Structural proteins can be found tissues such as bone, skin or hair ... even in cells themselves.

A great example of a structural protein is collagen.

The rest of the proteins, though, are a work force.

Many proteins are actual workers performing actual tasks. How can proteins actually DO things? They are not some kind of creatures, are they? No, they are not creatures.

They can perform tasks due to their structure.

It all has to do with biochemistry. In lay terms, the way proteins are put together allows them to interact with things around them in particular ways. Let's say kind of like velcro. The way it's shaped allows it to do what it does. When it gets close to the right surface, it attaches. (Velcro design was actually inspired by the way burs are able to grab onto things)

While velcro and burs do this mechanically, proteins do this biochemically.

Most enzymes are proteins.

They come in all shapes and sizes and have a huge amount of important jobs. There are as many different enzymes as there are jobs they need to perform. Each task in the body has its own specialized worker, enzyme. Like in a factory where many people perform many small tasks but at then end you have the finished product. Or like an orchestra where each musician plays their own instrument to create a piece of music.

Without enzymes, life would come to a stop.

The official definition of the function of enzymes is that they speed up reactions. In some cases, even quadrillions of times.

If those reactions would happen anyway, just not as fast, why would they need speeding up? Mostly because by the time they would happen on their own, nobody would live that long.

For example, digesting a chunk of meat without enzymes would take about 40 years! A healthy dog can go without food for roughly 4 days. More or less. That would be a problem, wouldn't it?

Imagine you're building a house.

You get all our materials delivered and nicely laid out. They're not going to do much by themselves. You could, of course, wait until the right combination of earthquake, tornado, hurricane or who knows what else happens to happen just so that it blows the materials together to form a house. (I guess it would make for an interesting experiment the results of which nobody would get to see, however.)

If you want your house built soon enough to actually get to live in it, you better bring in some workers.

In the same way, for the body to function, it needs enzymes.

Even the tiniest bacteria cell can have about a thousand enzyme workers inside it in order to sustain its life. Antibiotics kill bacteria because they mess with its enzymes. Poisons and drugs work by inhibiting function of enzymes. Like throwing a wrench into the works.

The function of enzymes depends on their delicate structure. 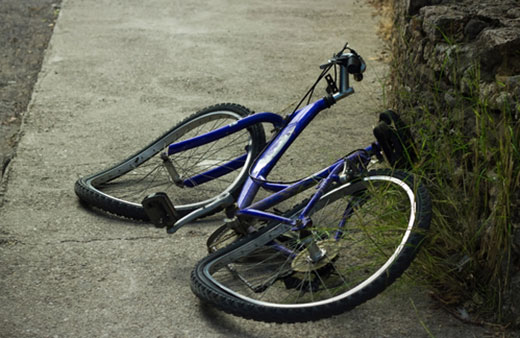 How does structure affect function? Say you smashed your bicycle into a wall. Now, that it's all bent out of shape, how is it going to ride? Or you dropped your coffee cup. It fell on the floor and broke into pieces. You still have all of it but it won't hold your coffee any more. Structure is important for about everything.

Enzymes can be either inhibited or right down broken.

An inhibited enzyme is still all fine and dandy but cannot do its job. Say like a juggler with their hands tied behind their back. An enzyme can be inhibited temporarily, such as the juggler, or for good, such as a seized car engine if you ignored your oil change warning light.

Inhibition happens within their environment, the body. You don't want all the workers constantly doing everything all the time. Things in the body are made to order. 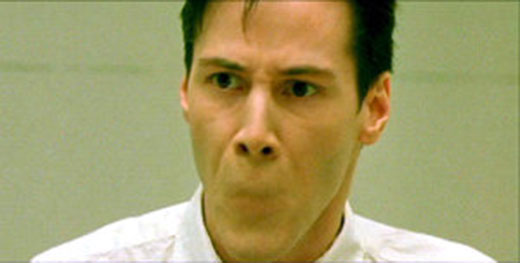 A broken enzyme is just that - broken. Down for the count. Say like a melted plastic cup. The plastic is still all there but it's no longer a cup. Good luck trying to get it hold a drink.


How can an enzyme get broken?

The structure of enzymes, and proteins in general, is very delicate and vulnerable. It is affected by pH, temperature, and other factors. Temperatures above about 50 degrees Celsius and pH values outside the range of 3-9 can damage the structure beyond repair. Just like melting the plastic cup.