When I was little, we always got our wounds treated with peroxide. I remember because of all that foaming. It also stung. It seemed everybody was using that, included nurses, such as when my brother badly scraped his elbow on a vacation. 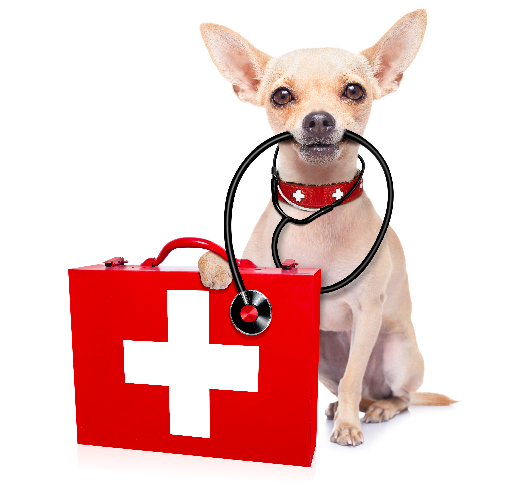 As I grew up, I stopped falling and had no scrapes to worry about any more. Sharing my life with dogs now, minor wounds is something I have to deal with every now and then again. Using hydrogen peroxide would never cross my mind simply because it hurts. I went to find out what else I could use that wouldn't sting and settled on betadine solution for most things. Many people still using hydrogen peroxide on their dogs' wounds.

I do have hydrogen peroxide in my dog first-aid kit but not for cleaning wounds but in case we needed to induce vomiting or if our dogs got skunked.

If you're using hydrogen peroxide for wounds, don't. Not only it stings but it also damages tissues.

Did you know what are the toxins most dangerous to your dog's liver? According to a recent veterinary journal, it is xylitol, sago palms, blue-green algae and death cap mushrooms.


Most toxins make their way into your dog's body through their mouth. Dogs like to test the eatability of almost everything; some more than others. For Cookie, for most part, if it doesn't smell like meat she's not interested in it. However, that doesn't mean she didn't try a brownie or rocks.

The liver is the body's first responder to toxins and it does an amazing job of that. However, some toxins can cause catastrophic damage to the liver itself. The toxins listed here rank as the most dangerous to the liver.

Do read the article, learn about these toxins and keep your dog safe.

This article is meant for veterinarians but I think it's interesting for anybody to read. If your dog ingests something bad, there is always the question of whether or not to induce vomiting. What determines whether making your dog throw up what they ingested depends on two things - what they ate/drank and when. It's really a tricky issue and I strongly recommend to not ever induce vomiting in your dog without talking to Pet Poison Helpline or your vet first.

The most common poisons dogs end up eating include cardiac medications, grapes and raising, xylitol, chocolate and rodenticides. The cardiac medications kind of surprised me, I wouldn't think they'd be so attractive. But it might be because of them being more likely to be lying around, perhaps.

We induced vomiting in Cookie once, when she found outside and ate a brownie. Not really because of the amount of chocolate for her size but because the question of whether or not it could have been a pot brownie. We didn't have a conclusive answer to that and we opted to err on the side of caution. But not after a discussion with a vet.

Sometimes, when you hear hoofs, you do need to think zebras. Dr. Becker talks about a case of a dog who developed an ulcer near his tail, which was diagnosed as bacterial infection. He was put on antibiotics but there weren't helping. After a consultation with the University of Florida’s Small Animal Hospital emergency and critical care service, and several biopsies, it turned out that the dog was suffering from a rare, life-threatening tropical disease, pythiosis, also knows as the "swamp cancer."

Pythiosis is an umcommon and often fatal fungal infection caused by direct contact with contaminated water. It can affect the skin, lungs, brain, sinuses or digestive tract.

A correct diagnosis is always crucial to a successful treatment. If your dog's treatment isn't working, it can be because the diagnosis is wrong. Speak up, get a second opinion, look for an explanation.