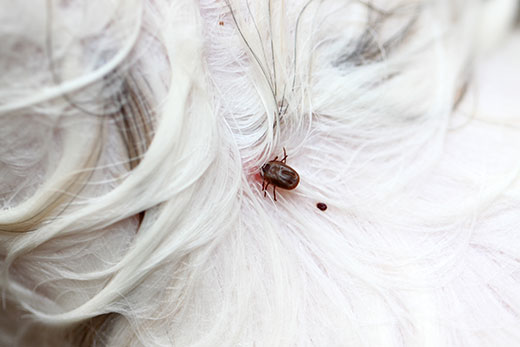 Who doesn't hate ticks? They seem to be ever-increasing in numbers and populating the Earth. In my old country, they became a huge problem and there are areas in America that are completely infested as well.

The biggest problem with ticks are the disease they spread, such as Rocky Mountain Spotted Fever, Ehrlichia, Anaplasma, Babesia, and, of course the notorious Lyme disease. They can also cause paralysis and cause inflammation and bacterial infection at the bite site.

So what is one to do to protect their dogs from all these things? Read Dr. Kay's recommendations.

Did you know that dogs can have problems with too much fat in the blood too? In dogs, the main associated risks are obesity, pancreatitis, disorders of the nervous system and eyes.

If your dog has elevated blood fat levels, the important thing, as always, is to determine what exactly is behind it.


Seven tips on how to make pet food and save money
Dr. Patty Khuly/petMD

I did a lot of home-cooking for Jasmine, I couldn't say that I saved any money that way but saving money wasn't the reason I was doing it. Dr. Khuly, however, has some great tips how you potentially could save money making your own dog's food, particularly compared to some super-premium or prescription diets.

That said, don't forget that home made diet needs to be complete and balanced.

I've never had that happen, and that's a good thing. Apparently, some people use baseball bat when playing fetch with their dogs. And, as you'd figure, this is not the greatest idea. Sooner or later it will happen that a dog's mouth and the bat collide. This much really hurt. It can result in broken teeth. But even when no injury is immediately apparent, it doesn't mean there wasn't one. Some time later a dog's tooth might turn purple.


When that happens, it means that blood and inflammatory cells got into the pulp of the tooth in a way they're not supposed to. A tooth cannot swell. The pressure builds up and kills the pulp. Then the blood cells break down and turn the tooth purple.

A discolored tooth is a dead tooth.

Don't use baseball bat to play fetch with your dog. And if your dog's tooth changes color, see your vet.


Saliva 911: When your pet’s drooling is an emergency
Dr. Marty Becker