Top Veterinary Articles of the Week: The Reason for Acting Sick, Word on Insurance, Top Reasons for Knee Injuries, and more ...

September 19, 2015
Sick Animals Act Sick for Good Reasons… and We Should Let Them
Dr. Jennifer Coates/petMD 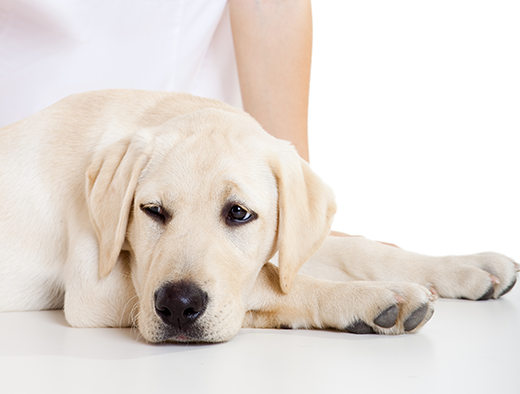 What if your dog was acting off but a vet couldn't find any cause? This actually happens often enough. A dog is not as active as normally, not as playful as normally, but health work up comes back normal. What is one to do? Treat the symptoms? Treating symptoms only makes sense when the symptom itself, such as explosive diarrhea or vomiting can become a threat in itself.

"Changes in behavior are often the first indication that an animal is ill, with subtle changes in behavior sometimes occurring weeks before clinical diagnosis (Weary et al., 2009). Deviation from good health may cause an animal to exhibit a classic array of behavioral and physiological signs associated with illness, including loss of appetite and reduced feed intake, reduced activity, and attempts to withdraw from social contact. While sick, animals may experience anhedonia [What a great word! It means “the inability to feel pleasure.”], which reduces their performance of normally pleasurable behaviors (Balcombe, 2009), such as grooming, playing or exploring."


As it turns out, though, these initial vague symptoms are actually a manifestation of the body trying to get well. The body may or may not succeed in doing so.


We need to allow our dogs to act the way they feel they must. However, if the symptoms persist or get worse, it's important to get to the bottom of the problem.

Did you know that Veterinary Pet Insurance (VPI) has recently changed its name to Nationwide Pet Insurance? Nationwide has been VPI's underwriter for quite some time now. The reason for the new branding is to encourage people to qualify for multi-policy discounts, if they insure their pets along with their home or vehicle.

The company started a major advertising campaign, suggesting they believe a lot of money is to be made. According to the North American Pet Health Insurance Association (NAPHIA), representing over 20 pet insurance brands in the US and Canada, the industry is achieving record growth.

I am not very happy to see that my high premiums are making the insurance companies richer than ever. And the premium is not low, in fact increasing regularly to keep up with advances in veterinary medicine. Which sounds great but as it seems, that's not where the bulk of the money goes.

Of course, pet health insurance is a business, not a charity. And as usually, the rich get richer and the poor get poorer. What a surprise.

I am going to keep my dogs insured, though, because I don't want to end up making medical decisions based on the state of my wallet. We tried the savings account route and it back-fired on us badly. Damned if you do, damned if you don't. I am still glad both JD and Cookie are insured. I just wish the premiums weren't so ridiculously high.

This article is meant for veterinarians but I think it will do us all good to read it. What is the biggest mistake one can make with a dog that's been poisoned? Not knowing when NOT to induce vomiting.

Firstly, if a dog is already acting ill and showing symptoms of poisoning, vomiting should not be induced. Once the symptoms show up, the toxin has likely been already absorbed, so vomiting won't do much good. Moreover, the effects of the toxin might increase risk of aspiration pneumonia or even seizures with induced vomiting.

Dogs with conditions such as laryngeal paralysis, megaesophagus, and certain breeds genetically prone to aspiration are at increased risk of aspiration pneumonia. Sedation and stomach pumping might be a better option.

Certain substances can cause additional harm on their way back up. Vomiting should never be induced with caustic or corrosive substances, or hydrocarbons and petroleum distillates.

Preventive care means focus on prevention of disease and maintenance of health. The better you follow through with preventive care, the less likely you are to have to deal with serious conditions after they already progressed.

I like that the article lists vaccinations lower on the list. I would actually prefer referring to that as immunization, rather than vaccination. Why? Because vaccination has the connotation of something automatic; stick a needle in the dog regularly. Immunization means getting your dog protected from infectious diseases which might in fact only mean initial vaccinations and checking for levels of immunity thereafter.

The bottom line is preventive care is exactly that - preventing disease, keeping our dogs healthy. Isn't that what we all want?

This article is not new. But I came across it and because knee injuries are so common in dogs and of special interest to me, I'm highlighting it here.

Why is it that ACL injuries are so common in dogs? According to Dr. James, the most common predisposing factors are bad breeding, the nature of dog knee anatomy itself, obesity, the weekend warrior syndrome and missing early warning signs.

With Jasmine, I believe that her undiagnosed IBD and hypothyroidism also played their role.

What does bad breeding have to do with ACL injuries? The answer is simple - compensation. If a dog has hip problems, the knees will suffer.  Any abnormality in the anatomy puts additional strain on other parts, resulting in higher likelihood of injury.

What does nature of dog knee anatomy to do with ACL injuries? Jasmine's vet always set that dog's knees are poorly designed. As things are, the ACL ligament is constantly loaded, meaning carrying weight. And the steeper the tibial plateau angle in the knee, the higher the strain on the ligament.

Obesity is being talked about all the time. Just don't do it. Don't let your dog get obese and if they already did, get the weight off. And the weekend warrior syndrome? Don't do it either. Exercise your dog regularly, with activity level evenly distributed throughout the week. While the dog is happy to finally release some of their pent up energy, the muscles and soft tissues are not equipped to handle the once-a-week go crazy time.