September 15, 2015
In dogs, in spite of its menacing appearance, histiocytoma is a benign skin tumor that results from abnormal growth of histiocytes, white blood cells responsible for attacking bacteria and other foreign matter in the body.

These cells can be found mostly on the skin surface but also in other tissues that are in contact with the outer environment, such as the nose, stomach intestines and lungs.

Histiocytomas usually go away on their own within two or three months.

However, there is no way to diagnose a lump by its looks; every lump or bump that is larger than a pea and has been present for more than a month should be aspirated. Good decision about treatment always depends on precise knowledge of what you're dealing with. 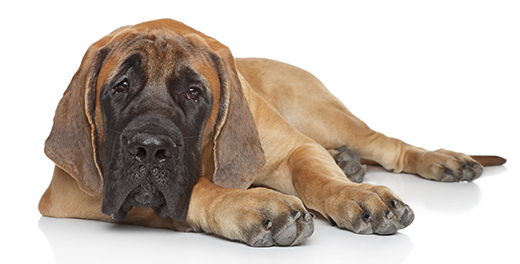 Elly was about one year old when she developed a histiocytoma on her foot.

It wasn't going away so it was surgically removed. The biopsy confirmed that the tumor was benign. However, a few months later it started to grow back, just as stubborn as the first time.

She became uncoordinated and weak, particularly in her hind legs. She had trouble eating and lost her appetite, would tremble and shake. Other times she was very lethargic. Her bark changed into a strange noise. She'd pant and breath rapidly, and was always thirsty.

It took 5 weeks, a number of different vets and a battery of various diagnostics to reach a diagnosis of neospora. Other than cancer, everything else under the sun was ruled out.

Only a couple of consulting internal specialists were concerned about the possibility of cancer pr immune-mediated disease. But neosporosis sounded reasonable, explaining the symptoms.

Eventually she was well enough to have the second lump removed. Biopsy confirmed a benign histiocytoma once again.

Some time later, though, the tumor came back once again and this time it brought company. Lumps popped up on other parts of Elly's body as well. The vet wanted to remove and biopsy all of them, as well as remove Elly's paw pad and then re-attach it.

The tumors had been benign before, why such a drastic approach?

Then a lump appeared in Elly's right thigh too. It was about the size of a golf ball and hard. The situation became scary. What was happening?

Aspirate revealed that while some of the tumors were possibly still benign histiocytomas, some of them showed evidence of malignancy. The recommendation was to remove and biopsy all of them.

Elly saw an oncologist who biopsied the growth on Elly's front right food and an enlarged lymph node on her right hind leg. They also did ultrasound, x-rays and bone marrow aspiration; these all came back clear.

The working diagnosis was cutaneous histiocytosis.

In spite of her treatment, the cancer became a firestorm and Elly declined rapidly... She passed in less than five weeks after her diagnosis.

Full story:
Elly: Histiocytic Sarcoma
Symptoms to Watch for in Your Dog: What Is that Bump?