Symptoms To Watch For In Your Dog: Changes In Behavior

March 19, 2015
Changes in behavior are probably the most misunderstood of all symptoms. In fact, most of the time they are not considered a symptom at all.

If you were to remember just one thing, remember this - every change is significant and means something.

No matter what the change, pay attention, listen to what your dog is telling you. 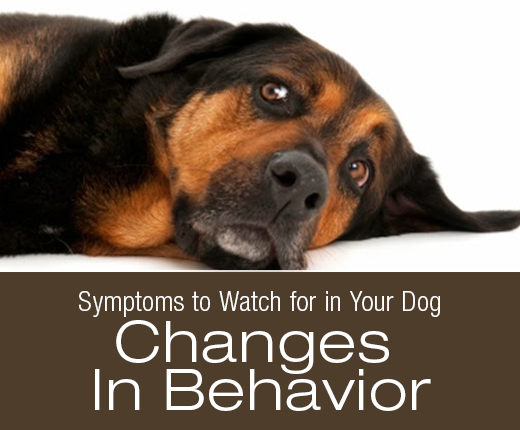 The most common cause behind changes in behavior or routine is pain.

Whether it is from an injury or a disease, surely you don’t want your dog to suffer.

Before we found out about Jasmine’s arthritis and bad knees, she started refusing JD’s rough play. She got grumpy when he got into her space when resting. We thought it was because he was rather obnoxious, which he was back then. She lost interest in chew toys and stopped fetching a ball but would fetch flatter objects such as the Flying Squirrel. That’s because she had arthritis in her jaw too.

Back then, we didn’t understand these changes.

To further complicate things, she’d been at the vet often enough that we figured if something was wrong the vet would have alerted us. But many of our concerns got dismissed.

When I learned to pay closer attention, my frustration grew even higher. At one time Jasmine started burying her pee. No, I don’t mean ground-scoring, I mean trying to cover up her pee by pushing dirt on it with her nose. Her vet at the time was not listening to me. He just kept repeating that it was normal. Ground-scoring is normal, yes. But that’s not what she was doing. I was unable to get through to him.

It wasn’t until later, with a new vet and Jasmine’s IBD diagnosis and treatment, that she stop doing that and actually started to score the ground instead. We always celebrated when we saw that behavior because to us it was evidence of her positive self-assessment.

Some changes scream out loud, such as aggression, while others whisper quietly, such as seeking quiet, not jumping up on your bed any more, or disinterest in play.

Sometimes a new behavior might even appear to be a welcome change, such as a dog resting more instead of bouncing off the walls or no longer running along the fence and barking at anything that goes by.

But any change should be taken as a sign of a potential problem.

How many times do we say we wish our dogs could talk to us? But they do. We just need to listen. A decline in hearing or sight, organ dysfunction, hormonal diseases, neurological disease, urinary tract disorders, and/or any condition that results in pain could be behind your dog’s behavior changes.

Any condition causing pain or discomfort can lead to an increase in irritability or anxiety/fear of being approached or handled. A dog with impaired hearing or vision can snap when startled and might become more irritable because the world has become a much scarier place.

Rabies should not be ignored as a potential cause of behavior changes.

Towards the end of his life, Bruin started ignoring us when we asked him to do something. He’d just lay there and stare. Loss of hearing could result in disobedience, but his hearing was fine. It wasn’t until he got to the point that we knew the end was near when we learned what was happening. We took him in to the clinic thinking it was his time; indeed it was. His heart was so weak the vet couldn’t even detect a pulse. Poor Bruin just didn’t have the energy to do what we were asking of him.

Circling can be brought on by a middle ear infection, vestibular disease, stroke or other neurological problem, liver failure, Cushing’s disease … basically anything that has an adverse effect on the brain.

This is a sign consistent with serious neurological disorders, or head trauma. See a vet immediately if your dog starts head pressing.

At the age of two Jasmine started having episodes of panting and pacing around the house. We took her to the vet so many times trying to nail down the cause. Everything was considered and ruled out. After all said and done, I think her bad neck might have been the cause all along. But that only made sense in the light of her last days.

Again, these behaviors are often a sign of pain, discomfort, or emotional distress, such as that caused by canine cognitive dysfunction or other neurological problems.

Remember, these signs can also be the earliest sign of bloat, which is the mother of all emergencies.

While you might be tempted to celebrate when your “chow hound” loses his fixation on food or your picky eater begins eating everything in sight, changes in appetite are associated with a long list of disorders ranging from dental disease to GI conditions to hormonal imbalances.

For a long time considered an obsessive compulsive disorder, this behavior was recently linked with GI disorders, ranging from giardiasis, chronic pancreatitis and many other problems.

A dog who suddenly starts having accidents in the house is not being “bad” but is usually suffering from a urinary or digestive disorder, neurologic disease, or anxiety. Punishing a dog for having an accident when he or she is truly sick or scared is cruel and ineffective.


I cannot really list all the possibilities here, but the rule of thumb with any change is to always look for a medical reason before assuming that the cause is purely behavioral.

Know what is normal for your dog, be a keen observer and investigate the cause no matter how deep you might have to dig.

Related articles:
Veterinarians Answer: 10 Main Symptoms To Watch For In Your Dog
Symptoms: Recognition, Acknowledgement And Denial
When Is It An Emergency?
Don't Panic, Don't Panic: Know What Your Job Is 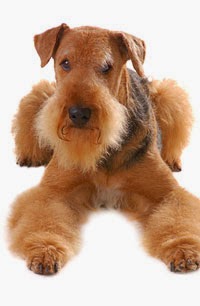