Symptoms To Watch For In Your Dog: Loss Of Appetite

August 21, 2014
I think this is one of the most unappreciated symptoms, particularly when the dog eats some or is thought to be a picky eater. For the longest time, we came to believe that Jasmine just wasn't so interested in food ... 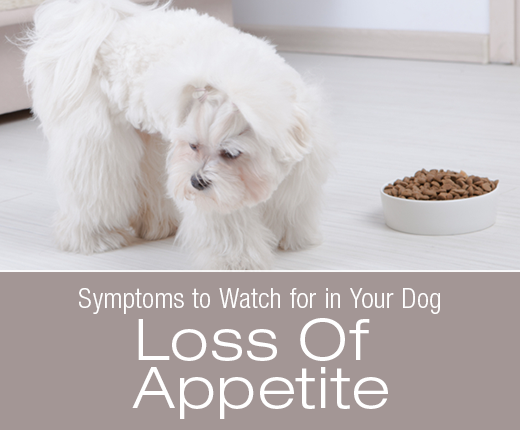 A dog that just isn't so interested in food? Is there such a thing?

Getting enough food is a question of survival. Instinct drives dogs to eat, and eating brings satisfaction. Dogs are considered opportunistic scavengers, meaning when there is an opportunity to eat something, they will.

When a dog doesn’t want to eat, something is amiss.

Yes, I believe there IS such a thing as a picky eater, particularly after getting a taste of something especially yummy.

My mom’s parents had a dog for a short while. They fed him risotto type food. Some rice, some veggies, some bits of meat. (He was perfectly capable picking out the meat and leaving the rest, btw.)

At that time, my mom kept some rabbits for food. She had way too much rabbit meat, and so she gave some to her parents. It was too much for them too, and a bunch of it went to the dog. He didn’t complain in the least.

When they ran out of the rabbit meat, though, he was determined not to go back to what he considered an inferior diet. He refused food for a week until he finally got hungry enough to give in! He was clearly on a hunger strike, demanding more rabbit meat.

Under normal circumstances, though, lowered appetite, or not eating at all, is a reason to worry.

In Jasmine's case, it turned out that all that time she was suffering from food allergies and inflammatory bowel disease (IBD), which her vets missed for five years!

Once she was diagnosed and the problem got addressed, you should see her polish her bowl!

Every now and then, she didn’t want her dinner, and we knew that her IBD was acting up.

A dog that doesn’t like to eat? I’m not buying it.

The only time Cookie refused food was when she had a bout of pancreatitis after getting into some horse feed.

JD refused food only once in his entire life and went on to throw up a bunch of plastic later on.

Every time we have had a dog not eating, there has been an actual reason behind it.

Yes, there can be an issue with the food. Taking a good look at the diet isn’t a bad idea. Some dogs have definite preferences when it comes to consistency (canned versus kibble), ingredients, etc.

But if you find yourself escalating in embellishing what you give your dog until they won’t eat anything other than filet mignon, you do need to give the situation a second thought.

Perhaps your dog is sensitive to some of the ingredients commonly included in foods. Perhaps your dog doesn’t feel well, and only the most enticing foods can convince them to eat.

Before I’d accept that my dog was simply picky, I’d want to rule out every other possible reason for his poor appetite. I believe that you will most likely find one.

Stress, fear, and anxiety can cause decreased appetite.

Don’t I know it. Every time something isn’t right with any of our dogs, I just can’t force myself to eat anything. It can happen to a dog too.

There is even a biological explanation for that. Enough stress keeps the body in fight or flight mode. All other functions are suspended. Did you ever try running away from danger while munching on a burger? I'm sure the burger is the first thing you let go of.

Stress is a REAL problem. Prolonged stress can do a lot of damage to a dog's body. If your dog is stressed enough to refuse food, he needs some serious help.

Virtually any health problem will mess with appetite.

Some medical conditions can cause voracious appetite. Most of the time, though, appetite will decrease.

The problem can be within the digestive system itself or elsewhere in the body. Some of the medical causes of a decreased appetite include

Every time any of our dogs had a change in appetite, there was a medical reason for it. Some of these are more serious than others. Some might require immediate attention, particularly if your dog stops eating altogether.

The situation becomes even more urgent when other symptoms come with it, such as vomiting, diarrhea, lethargy, weakness, difficulty breathing, increased thirst, and urination, rapid weight loss ...

When your dog’s appetite tanks, take it seriously.