Pancreatitis: What Causes It?

March 20, 2014
The most common and well know trigger is a fatty meal(s) or table scraps.

That’s why veterinary emergency clinics are very busy with cases of pancreatitis during the holidays. 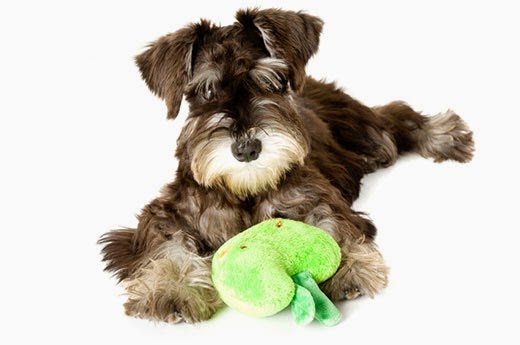 But is the answer really that simple?

How does that explain why one dog can regularly raid the garbage and gorge on fatty bits and never get pancreatitis, while another gets a little piece of steak or nothing at all and becomes severely ill? How does it explain why you can have two dogs of the same breed in the house, eating exactly the same stuff, and one of them stays perfectly healthy while the other one dies from severe acute or chronic pancreatitis?

The truth is that while we are familiar with risk factors for the disease, we don’t fully understand its true cause(s).

Why can one dog’s pancreas can deal with anything that gets thrown at it and another breaks down? What makes one dog more vulnerable than the other?

So what are the known risk factors, beside fatty meal(s) or table scraps?

Trauma to the pancreas or a tumor

Anything that disrupts normal pancreatic tissue can cause the inflammation that is at the heart of pancreatitis.

Breed does play a role.

Miniature Schnauzers, Miniature Poodles, and Cocker Spaniels get pancreatitis more frequently than other breeds, but any dog is at risk.

Hyperlipidemia, an excessive amount of fat molecules (lipids) in the blood, is associated with episodes of pancreatitis.

Interestingly, it doesn't seem to be always clear what comes first, the chicken or the egg—or in this case, hyperlipidemia or pancreatitis.


Hyperlipidemia most commonly occurs as a result of other disorders, such as diabetes mellitus, hypothyroidism, Cushing’s disease, some liver diseases or kidney disease.

Some breeds are more predisposed to primary hyperlipedimia where no such underlying disorder can be identified. These include as Miniature Schnauzers, Beagles, Shetland Sheepdogs, Briards, Rough Collies and Poodles.

Hyperlipedimia can also occur after a meal of high-fat foods.

Yes, folks, here it is again. In particular, pancreatitis is more prevalent in overweight spayed females.

There is a higher incidence of pancreatitis in dogs with diabetes, Cushing’s syndrome and hypothyroidism.

These diseases are all associated with metabolic changes and hyperlipedimia (see above).

Excessive levels of calcium in the blood can activate stored (inactive) digestive enzymes.

Certain drugs or toxins increase the risk of pancreatitis

Drugs that can predispose dogs to pancreatitis are certain antibiotics, anti-seizure medications and some chemotherapy agents. The role of corticosteroids is controversial. To my thinking, though, if Cushing’s can be a risk factor, so can corticosteroids.

Exposure to certain organophosphate insecticides has also been implicated.

High stress can be a contributing factor too. Think about it. Flight or fight response leads to major metabolic changes in the body, which includes release of high levels of cortisol.

Some new studies seem to be showing that chronic inflammation can drive the immune system  to destroy the pancreas.

Some studies in humans show that antioxidant deficiencies might play role in chronic pancreatitis.

The pancreas is not an island

In chronic cases, the function of other organs, particular digestive organs, needs to be evaluated. IBD and liver, gallbladder and kidney disease can play a role.


Here is a rare one for those who live in relevant geographic areas, scorpion stings.

Scorpion venom can also trigger inflammation of the pancreas.

And then there are dogs who get pancreatitis and nobody ever figures out why as well as those dogs who live with low-grade pancreatitis that never gets diagnosed.

And, of course,  there is Cookie who got pancreatitis after getting into horse feed.

Pancreatitis is not a simple problem.

But before you give your dog some fatty scraps, please think twice about it. That is the simplest way to help prevent your dog from getting pancreatitis.


Further reading:
Acute Pancreatitis – A Disease That Should Not Be Ignored!