Living With The Dog Mamma: (Part 7) It's A Male Thing 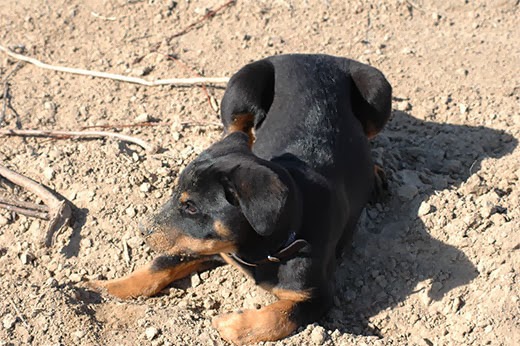 Jana expected house training for JD to be as simple as it had been for Jasmine. A couple of tinkles, a little squat, and it’s all over with.

Needless to say that wasn’t quite the way it worked.

I can’t remember exactly how long it took, probably a couple of months, but then I don’t remember anything anyways. I don’t have to, I’m male. If I need to remember something I asked Jana.

That’s one of the simple truths in the world - males don’t remember anything. That’s why we married females - they remember everything for us, in particular the things we want them to forget. They remember them and they know how to use them. It’s just the way things are.


So that is how I tried to defend JD.

And then I would remind her that males have no memory so he really couldn’t help himself.

Then came a day when we were out for a walk in the area I use for heavy equipment training. For some reason we seemed to have been going through a painted turtle migration. The first one JD found got his full attention, but he was quite nervous. He's never seen one before and had no idea what to do with it. So he was doing one of those dog things where they are carefully trying to sniff it but every muscle is tensed to leap backwards if there is any sign of danger.

Jasmine had tried in the past to coerce a turtle into playing with her.

She thought it would be great fun, but the turtle didn’t share her enthusiasm. Being familiar with these boring little creatures, Jasmine went up to it, gave it a quick sniff and a little swat with her paw, to see whether this one would do something and then walked away from it. 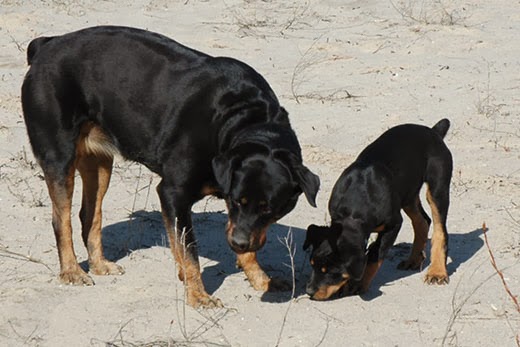 JD took Jasmine’s actions as a guide and stopped being afraid.

A few minutes later he found another one. And then a third. We didn’t think much of it, well I was wondering if there would be any benefit to having a turtle hunting dog, and left once our walk was done.

The following day we decided to go back to the same area for our walk.

Little did I realize that this would be the fateful day that would forever change JD’s life.

As we got near to where JD had found the turtle the previous day, he ran to that spot to see if it was still there. Then he went looking for the second, and the third. As Jana watched all of this unfold she exclaimed “See, he can remember things”!

That was the end of that excuse for JD's “mistakes”.

That’s another of the simple truths of the world - wives notice everything, especially the things we don’t want them to.


Then there was a shared mistake that both Jana and I made.

Puppies like to play. And JD certainly was no different. We had mistakenly thought that Jasmine and JD would play together. Well, Jasmine was way too smart to let JD terrorize her. She would put him in his place and refuse play unless she initiated it. She would turn her head towards us, and with her eyes say “You wanted a puppy, you play with him”. 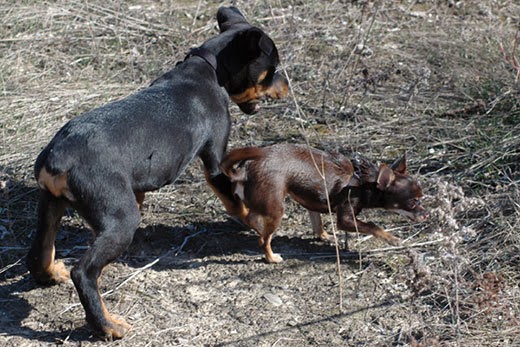 The only thing that saved Jana through this process is my daughter’s Chihuahua, Tacun (who I refer to as Taco).

Taco was coming over every day and she really enjoyed playing with JD. After all, they were the same size. At least they were for a few days. Taco really liked having another dog around on which she could try to impose her will. But it didn’t take too long for Taco to see there was a problem. At first they were on even footing or at least you could say they were the same height. A few weeks later. Taco would have to run under JD’s belly and reach up to bite at him. A few more weeks after that, Taco would have to run under JDs belly and jump up to bite at him.

To this day they are still very good friends, but Taco spends most of her time trying not to get stepped on. 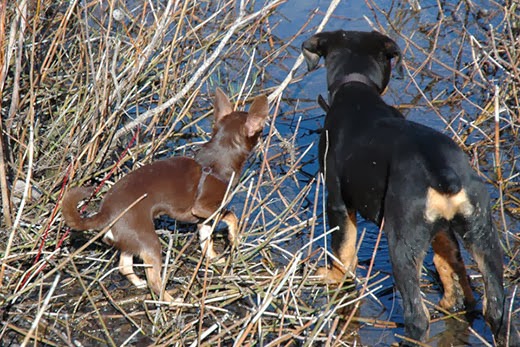 She is able to recognize that a 100 pound difference is significant.

There is a picture of Taco and JD walking together that Jana and used in a calendar she had made up a few years ago. I had this calendar hanging at work and the lady that worked with me took a look at it one day. 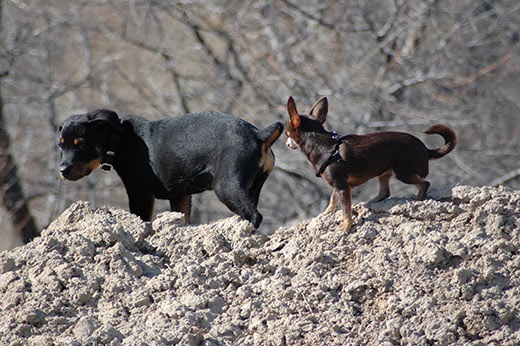 She commented that it was the largest Chihuahua she had ever seen.

I was puzzled for a moment until I realized that she had assumed that JD was fully grown and being followed by a 100 pound Chihuahua! It took a while for me to stop laughing and explained to her that JD was only eight weeks old.

For me it was easy.

When I picked up JD from the breeder he spent the ride home blissfully asleep on my lap. When I came home from work all I needed to do to settle him down was to lay him in my lap once again. He would fall asleep and all was good. To this day his favorite place to lay is at my feet.

It must be part of a deep survival instinct. The males in our household have bonded together in an effort to survive the females. It’s just another simple truth of the world.