After Bruin passed on the house seemed much quieter to me. Of course we still had our daily routine with Jasmine, playing with her and taking her for walks, but I felt something was missing. Jasmine tended to sleep in one of the multiple beds placed around the house for her but Bruin liked to sleep in the middle of everything. 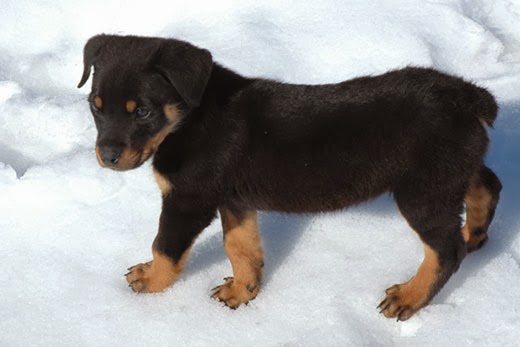 I no longer got to trip over him in the middle of the night. It just didn’t feel right.

Even though the idea of getting Jasmine a play mate didn't work out as planned the first time around, I give a great deal of credit to Jana that she was open to getting another puppy. Jana was happy with just Jasmine, but understood that I felt the need to get another dog.

Meanwhile, I was scouting around for suitable litters within driving distance. One litter in particular show great promise. The mother was a small female and the father was a tall, lean male. One thing we had decided is that any dog we would bring home needed to be substantially smaller than Bruin was.

So, the day came when Jasmine and I took a drive to check out the breeder and the puppies in the litter we were interested in. Jana was quite comfortable with me going on my own to determine if there was a likely candidate.

Before I left she had done a great deal of research into what I should look for in a puppy that would meet our needs. 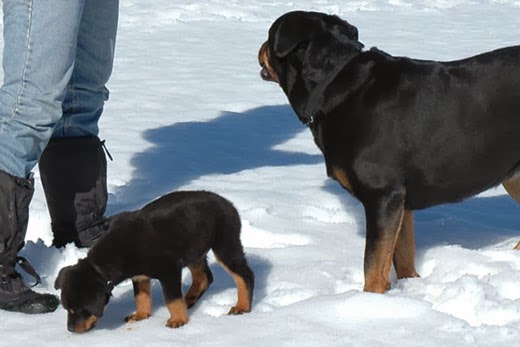 I left armed with a 13 page document of instructions from Jana.

I am assuming that Jana did not want to go with us having already once experienced puppy voodoo. This way she could distance herself from it and if I came back with six puppies she would be able to say “I told you so”.

There were eight puppies in the litter, for females and for males.

When the gates to their kennel opened, they all came charging out as if to say “Pick me pick me!” There were two shy ones, a male and a female, who came in at the tail end of the pack and carefully regarded me. 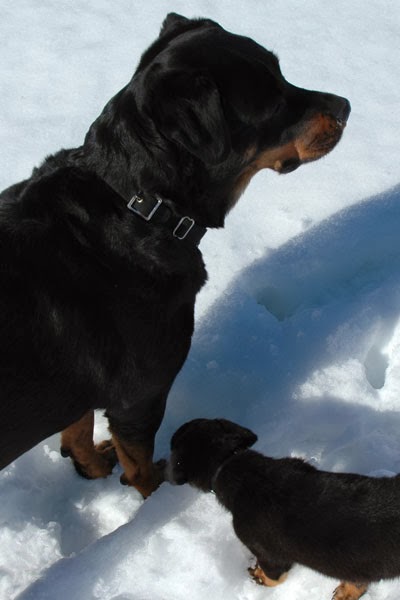 Since I already had explicit instructions from Jana to pick a male, I worked my way through the six that were trying to climb me to the shy little guy.

He was so happy to have someone pay attention to him. He was a runt of the litter and obviously the others pushed him out of the way regularly. Although by this time I had lost my instructions, as men often do, I did remember a couple of the things Jana wanted me to check for.

The little guy looked pretty good to me so I completed the transaction with the breeder and Jasmine and I got back into the truck for the return trip home with the new member of our family.

The little guy was upset at first from being separated from his family. But I picked him up, laid the little fella across my lap, and he slept all the way home.

Of course, now that he was home we had to give him a name.

Since everyone’s first name in our home starts with a “J” we logically wanted to the same for our new member. Jana takes these things very seriously and immediately started researching a few million names starting with the letter J. 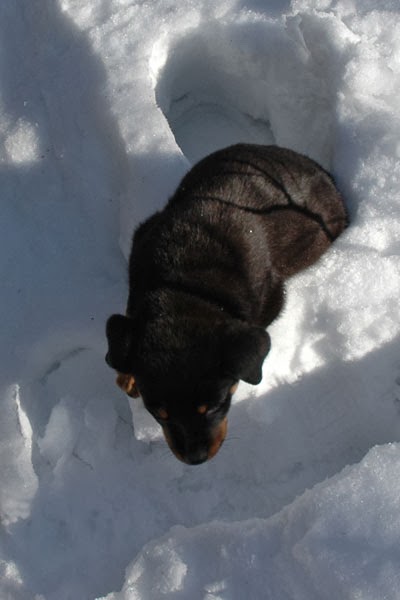 To her it was of prime importance that the name would have two syllables and could not be something that could confuse Jasmine when calling her.

After what seemed like hours without success, it was time for bit of a break. While not thinking about it, an idea came to me. I went to Jana and told her that I had the perfect name for our new dog. When asked what it was, I responded “JD”. Jana asked me what the letters JD stood for, and I replied “Just Dog”. It was perfect in its simplicity.

Now, of course Jana loved the idea, but she did have to change it around.

She was so happy that we could now call our new puppy JD, aka Jasmine’s Dog.

I did not argue with Jana, why bother. I would lose and have to suffer greater consequences.

So now you know the truth behind “JD”.