September 20, 2013
Cancer is not a single disease, but a group of syndromes with similar characteristics. It is characterized by what is called malignancy, which is when cells reproduce uncontrollably. 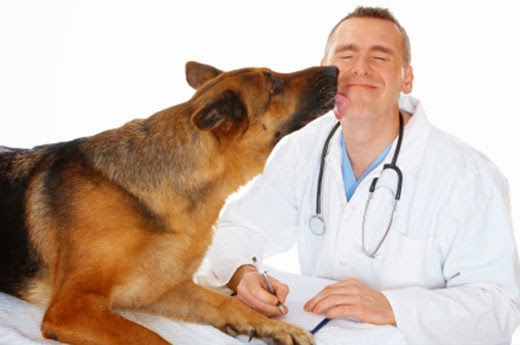 All cancers are most treatable when they are caught early, but diagnosis is tricky.

All cancers are most treatable when they are caught early, but diagnosis is tricky. Presently, the most common diagnostic tool is imaging, such as x-rays, CT scans or ultrasound. Diagnosis is confirmed by analysis of the suspect cells.

Unfortunately, by the time the cancer is diagnosed this way, it is typically quite advanced.

Simple test which could help identify cancer early, has been one of the holy grails of medicine.

Cancer cells differ from normal cells and they are likely to release unique chemicals.

That would probably also explain dogs' ability to sniff out cancer.

If these biomarkers could be identified and measured, a simple blood tests could identify cancer in early stages during routine wellness exams.

A recent paper in Veterinary and Comparative Oncology shows that some progress is being made towards developing a simple blood test for some types of occult cancer in dogs.

Where this will lead remains to be seen. But it is an exciting research.