The Most Important Thing a Client Ever Taught Me

When I met Martha in 1985 I was an internal medicine resident at the University of California, Davis Veterinary Teaching Hospital. Right from the get-go, Martha impressed me as a kind, soft-spoken, intelligent woman, devoted to her one-year-old Cocker Spaniel named Murphy. 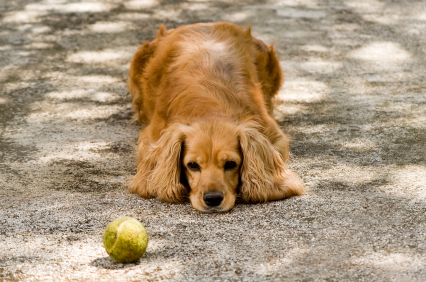 Upon entering the exam room I learned that I would be providing a fourth opinion.

Three vets prior to me had run most every test in the book, but could find nothing amiss. According to Martha, they believed the patient was normal and the client was a hypochondriac.

Martha readily admitted that she could not identify any clear-cut symptoms. Yet, she was certain beyond a shadow of a doubt that something was troubling her beloved Murphy.

His appetite and activity level at home were completely normal. There had been no vomiting, diarrhea, coughing, or sneezing. It was while Murphy was on his daily walks that he appeared abnormal to Martha- a bit less exuberant than normal.

I examined Murphy from teeth to toenails hoping for the clue that would help guide the diagnostic process.

I reviewed all of the laboratory test results and X-rays previously generated. Still nothing. Was I truly face-to-face with a hypochondriac? Listening to Martha and observing her body language, my gut told me otherwise.

I believed her conviction that something truly was wrong with her darling dog- something a trio of veterinarians had yet to figure out.

More than anything, I admired Martha’s calm perseverance. She had been turned away three times, yet here she was before me in her ongoing efforts to be an effective medical advocate for her beloved dog.

Although Murphy had no heart murmur, based on the change in his energy level while out on walks, I opted to proceed with an echocardiogram- an ultrasound examination of the heart.

Lo and behold, this study revealed the abnormality responsible for Martha’s concern.

Murphy had a birth defect within the heart known as a patent ductus arteriosus (PDA).

The ductus is a normal structure through which blood flows in the developing fetus. The ductus normally closes shortly after birth. In some puppies, this ductus remains open causing abnormal blood flow that can ultimately result in heart failure. This abnormal flow typically moves from the left side of the heart to the right side and is associated with a loud heart murmur. The left-to-right PDA can be quite readily corrected. In rare instances, as was the case with Murphy, the abnormal blood flow moves from the right side of the heart to the left. This “reverse direction” does not cause an audible heart murmur- the reason why three vets before me had been stumped. Unfortunately, there is no feasible way to correct a right-to-left PDA and symptoms invariably progress.

When I delivered the diagnosis to Martha I recall that she burst into tears, a combination of sadness and relief that her concerns had finally been validated. Martha expressed profound gratitude.

The search for a diagnosis was over and she now knew what to expect.

Martha and Murphy enjoyed another 18 months of good quality time together. When his symptoms intensified, Murphy was euthanized after which Martha sent a note once again thanking me for having believed in her.

I’ve always remained profoundly indebted to Martha as she taught this young veterinarian a most valuable lesson.

I learned the importance of trusting my clients’ instincts, gut feelings, and intuitions about their pets, even when others are demonstrating doubt.

Martha helped me understand that no one knows my patients better than my clients- the people familiar with the nuances of their pets’ daily routines and behaviors. If they sense something is wrong, those hunches are deserving of my attention and some investigation.

In more than 30 years of practice I can count on less than one hand the number of clients I’ve encountered who falsely reported symptoms for reasons other than the best interest of their pet.

It’s been so long that I honestly don’t recall if I purposefully thanked Martha for the lesson she taught me. I do know that, in my mind, I have thanked her hundreds of times over the course of years as I’ve evaluated animals with ill-defined or subtle symptoms that other veterinarians have doubted. Martha’s perseverance was inspirational to me and I am profoundly grateful that our paths happened to cross.

Have you ever had a hunch that your pet had a medical issue based on a subtle symptom? 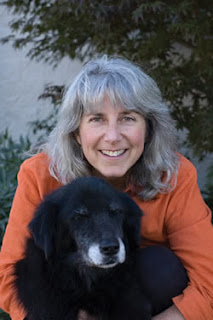 Dr. Kay is a board certified specialist in the American College of Veterinary Internal Medicine and published in several professional journals and textbooks. She lectures professionally to regional and national audiences, and one of her favorite lecture topics is communication between veterinarians and their clients.   Since the release of her book, Speaking for Spot: Be the Advocate Your Dog Needs to Live a Happy, Healthy, Longer Life, Dr. Kay has lectured extensively and written numerous magazine articles on the topic of medical advocacy.  She was a featured guest on the popular National Public Radio show, Fresh Air with Terry Gross.

Dr. Kay was selected by the American Animal Hospital Association to receive the 2009 Hill’s Animal Welfare and Humane Ethics Award.  This award is given annually to a veterinarian or nonveterinarian who has advanced animal welfare through extraordinary service or by furthering humane principles, education, and understanding.  The Dog Writers Association of America selected Dr. Kay for two awards.  The first was the 2009 Eukanuba Canine Health Award recognizing Speaking for Spot as the publication that best promotes the health and well being of dogs. The second award was for the Best Blog of 2009 (www.speakingforspot.com/blog).