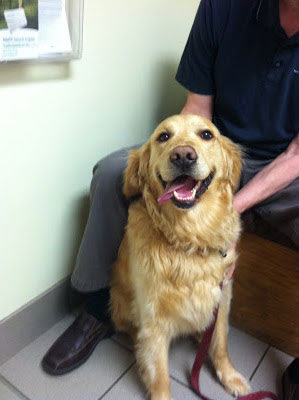 There are clients that burn a permanent mark in your head. The clients who make an impression on you. For this client it was the first time I met him.

I remember every detail with excruciating accuracy. He had come in on a busy Tuesday evening. I had been forewarned by the front desk that he had called, he was coming in, and he was hostile.

We are a tight knit bunch in the clinic. We are versed in emotional distress and all of the many shades it can appear in. If anyone calls the clinic and is abusive, threatening, or unreasonable the staff spreads the word. If they are any of these they get to see me when they arrive.


When this client arrived he was frustrated.

After the history was revealed and the magnitude of his dogs clinical signs, we decided to pursue a medically based reason.

After a few tests his dog was diagnosed with Cushing's disease. He agreed to start treatment and his dog responded very quickly and very very well to the medication.

When I say HUGE sigh of relief I am not making an understatement!

His dog had been prescribed trilostane. He had requested a compounding pharmacy make his dog's chicken flavored trilostane chews and ordered a 90 count bottle for a grand total of $100.

A few months later it was time for more magic chicken pills, and a few days later they arrived at his home.

Unfortunately, his younger, bigger, and more inquisitive Golden Retriever dog, who was an already convicted counter surfer, met the new bottle the next morning.

When he arrived home he found his two dogs waiting for him as they always did. He also found one loaf of bread and the new bottle of trilostane missing from the kitchen counter.

He called us immediately. He was confident that the bread and trilostane had been eaten before ten am, and he was delighted to report that both were smiling at him and acting completely normal. 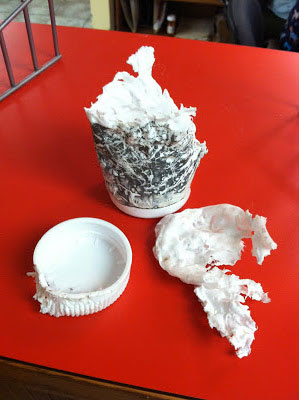 "Yes, the bottle is empty, and it was a new bottle."
"I think you need to come in immediately," I said hoping that that he would listen.

He arrived with his very happy Golden Retriever who, just as he reported, was acting A-O-K. A physical exam, and full blood work later all concurred.

I gave a copy of the blood work along with the information and directions to the ER to the owner and told him that if anything changes he needed to proceed to the ER immediately.

I also told him that I couldn't find any information on what 90 trilostane pills could do to a dog. Luckily, this drug has a short half-life (the amount of time it stays in the body) and an easy treatment plan if it did cause some side effects.

I did think it was somewhat funny that the only advice the drug book provided was to "keep out of reach of children and pets." I also advised that the next bottle (which we ordered that evening for him) should be kept under lock and key. He agreed.

If you have a counter surfer don't ever trust them.

Use baby-proof cabinet closures, keep medications locked up, and call your vet immediately to report any accidental ingestions.

Three days later and every pet in the house is still doing just fine. Thank goodness.