My Foreword To "Physical Therapy And Rehabilitation For Animals: A Guide For The Consumer" 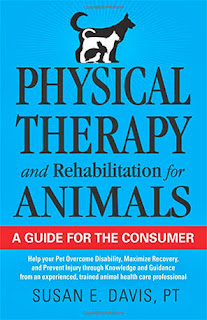 I met Limpy at a dog park. A young Lab, full of life. Even though it wasn't slowing him down much, he was clearly favoring his left hind leg. I asked what happened.

Having a dog with tattered ligaments in both knees myself, I inquired how they were going to treat Limpy.

“He already had a surgery,” was the response. “He had a TPLO about year ago, but is still favoring the leg a bit.”

Here’s the thing. If Limpy had surgery a year ago, he was done recovering.

What you saw is what you got – a lame dog.

Could it be the doctors botched the surgery? That's one possibility. More likely though, Limpy didn't get the post-op physical therapy he needed.

They require effort. We don't want to work for things. Instead, we want a magic pill, or a magic surgery, that will fix everything quickly and easily. Unfortunately, things don't work that way.

When Jasmine was going in for her knee surgery, the vet stressed emphatically that what we do during recovery would make or break the success of the whole adventure.

We received detailed post-op instructions and were told to adhere to them religiously. Cold and warm compresses, passive range of motion (PROM) exercises, massage, functional and strength exercises … they were critical to a successful outcome.

We did these things as if our lives depended on it.

And yet, a disturbingly large number of owners bring their dogs in for knee surgery and don't receive any instructions for post-op care at all! 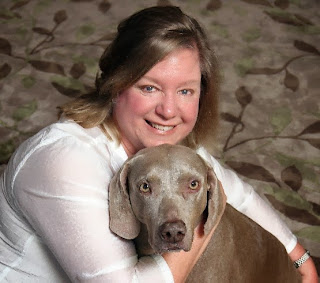 Physical therapy is not only crucial in the post-operative period, it can sometimes even replace surgery or drug therapy!

Bodies are designed to move.

In fact, that is the whole idea behind having a body, such as it is, in the first place.

If you left your car sitting in the back yard, sooner or later you can expect the engine to seize up and the body to rust out. After some time of not going anywhere, the car is not going anywhere. Machines and bodies remain functional by performing the work they were designed for.

Moving properly is more important than you can imagine, not just for the injured area but for the body as a whole.

As soon as something is not working properly, the rest of the body will do its best to compensate. That sounds like a good thing, until you think about the domino effect.

Once my husband developed a wart on his foot. It was quite painful, so he did his best not to put any pressure on that spot. In no time at all, his leg was sore all the way up to the hip! It's no different when your dog has an injury or pain anywhere in their body.

Keeping Jasmine healthy had been challenging, but I quickly realized that physical therapy is one of the best treatment options I could have provided for her. Not only during post-op care, but also to deal with her injuries, keeping her arthritis in check, keeping her bodily systems working well, and even for her brain!

I met Sue on my quest to learn all I could about what physical therapy could offer Jasmine, and which modalities or techniques would be best to use.

You would be hard pressed trying to find somebody who knows more about physical therapy than Sue. 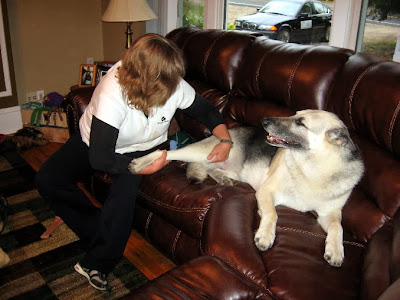 The best indicator of her expertise is how her animal patients respond to her, and how they improve under her care. Some people have jobs, some have careers – for Sue being a physical therapist is a calling.

When I found out she was going to write a book, I was thrilled that more people and pets were going to be able to benefit from her know-how.

We need to know this stuff.

Physical therapy can do a world of good not only when your dog is suffering from an orthopedic condition, but it can even help with rehabilitation of neurological and some medical conditions!

Jasmine was certainly grateful for all the things I've learned from Sue.

What do I like the most about physical therapy? There is no downside. Performed properly, it can only do good.

Physical Therapy And Rehabilitation For Animals: A Guide For The Consumer certainly belongs on every dog lover's book shelf.