Symptoms To Watch For In Your Dog:

July 11, 2013
Unlike some of the signs of illness that can be subtle or creep up on you, coughing isn’t exactly an easily missed symptom. 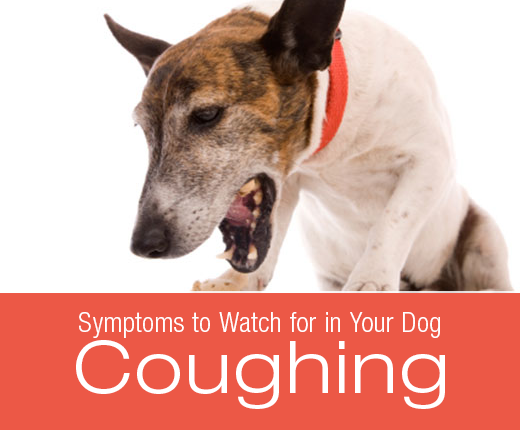 A dog is either coughing or they're not. It doesn't get any more straightforward than that.

When is it a problem?

Simply put, when a cough persists.

Our guys often cough a few times when drinking from a bottle and not getting the water down quite right. It seems to me that it happens when they take the water from the top of the tongue, rather than lapping normally. (With a dog drinking normally, the tongue actually folds under to bring the water into the mouth)

Our guys might also cough when they try to eat and bark at the same time—figures. Daughter's Chi's cough when they pull on their leashes—uou wouldn't believe how much pull can such a little dog generate.

When there are only a few coughs, following a clear cause, I don't worry about it too much.

Once Jasmine started coughing after a bark-off session with a new dog next door.

Her rules were simple. Come out and meet up with me when I’m walking outside, or come through the front door like everybody else. Sneaking around the yard is not a proper behavior and you’ll get told. So he got told.

At first, we thought she had irritated her throat with all that barking.

But the day went on and the cough wasn't going away. We ended up at the vet's that afternoon.

It turned out that her lymph nodes were swollen and she was running a bit of a fever. The vet checked her out and said that it’s either lymphoma or an infection and that we should try antibiotics first to see what happens.

Uh-huh? You don’t just spring words like lymphoma at people at random! And other than the coughing there didn't seem to be anything wrong with her?!

However, trying the antibiotics first made sense to us and so we did that. Fortunately, the cough cleared right up quickly and that was the end of that.

Coughing accompanied by labored breathing, lethargy or bloody sputum is a potential emergency and should be treated immediately. It's all about being able to assess the seriousness of the situation.

When Jasmine came back from the yard coughing, nothing else seemed wrong, we waited for it to resolve. Since it hasn't resolved within next few hours, we saw a vet. If she had coughed badly enough to vomit, was lethargic or otherwise seemed unwell, we would have seen the vet right away.

So what could cause your dog to cough?

Coughing is a reflex caused by an irritation in the airways. There is actually quite a long list of possible reasons why your dog might be coughing

Kennel cough is a common cause of coughing.

Kennel cough is caused by viral and/or bacterial infections (sometimes in combination). This results in a deep, dry, hacking cough that sometimes ends with a gagging sound. Kennel cough often gets worse with exercise or excitement.

If your dog has been recently boarded, groomed, visited a daycare or other places with a lot of other dogs, kennel cough is most likely suspect.

If your dog is coughing from tonsillitis, they may also swallow a lot and lick their lips.

Canine distemper starts with a runny nose and eyes, fever, lack of appetite, and, you guessed it, coughing  But is seen almost exclusively in young dogs that are not up to date on their vaccines.

Chronic bronchitis is characterized by chronic inflammation of the bronchi or smaller airways.

To be diagnosed with chronic bronchitis, a dog has to have been coughing for two months or longer and other possible causes of coughing need to be ruled out. The typical cough is harsh and dry, followed by retching and gagging. If left unchecked, it can lead to irreversible damage of the airways.

Pneumonia is a serious illness that requires immediate medical attention.

It can be caused and infection, or your dog can get pneumonia as a complication of chronic bronchitis, collapsing trachea or foreign bodies.

Aspiration pneumonia results from inhalation of foreign matter, particularly gastric contents. With pneumonia, cough is accompanied by fever, depression and rapid breathing. The cough is often moist and bubbling.

Heartworm disease is definitely one of the disease that are much easier to prevent than treat.

Any older dog with a persistent cough should be examined by a vet.

Result, quite obviously, is a cough. An enlarged heart can also lead to coughing. Your dog can cough for prolonged periods of time, particularly at night while he’s resting.

There are other conditions that can cause pleural effusion, such as liver disease, kidney failure, pancreatitis, lung tumors, and it can be a complication of bacterial pneumonia. Coughing is accompanied by rapid, labored breathing and your dog’s mucus membranes may appear blue.

Collapsing trachea is a condition during which the wall of the trachea (windpipe) narrows as your dog inhales.

Collapsing trachea is mostly seen in small brachycephalic dogs and worsens with exercise.

It is quite obvious why that would make your dog cough. The principal symptom of collapsing trachea is a characteristic goose-honk cough.

As much as we hate to think about it, cancer can also cause coughing, particularly in middle-aged to older dogs.

Tumors may originate in the lungs (primary lung cancer) or spread (metastasize) from other parts of the body. Lymph nodes in the chest may enlarge with lymphoma and press on a dog’s airways causing coughing.These dogs are lethargic, losing weight, and show other warning signs of a major problem.

As you can see, a cough should by no means be underestimated.

Further reading:
Coughing in Dogs: Causes and Treatments
11 Reasons Your Dog Is Coughing
Why Is My Dog Coughing?