When we receive a serious diagnosis for ourselves or a family member, we look for a second opinion or visit a specialist. We want to get as much information as we can before pursuing a treatment. Why are we hesitant to do the same for our fur babies, especially since they can't speak for themselves? 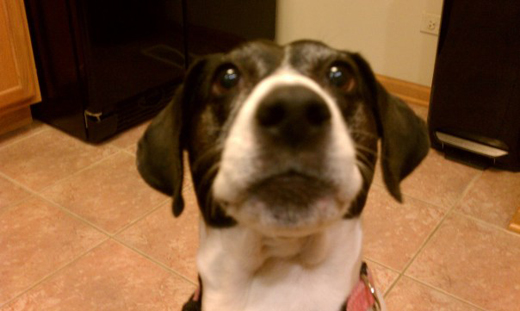 I learned a valuable lesson a couple of months after adopting Suki.

When I adopted her in 2010, I noticed her belly hung pretty low (affectionately called the "buddha belly" now). Since she was my first dog, I wasn't sure if it was from her being overweight, pregnant when she was found, or something serious. I took her to a walk-in type vet recommend by a friend for her initial checkup.

I asked about her belly and was advised it was nothing to worry about.

I took her back a week later due to a stomach bug, and saw a different vet (the downside of a walk-in clinic).

I again asked about her belly, and again was told not to worry about it.

We were back at the clinic a couple of weeks later for a cut paw, and saw yet a different vet. She said not to worry about Suki's belly too. When I returned to have the hard wrap removed from her paw, the vet (yes another new one) was alarmed at her belly and took an x-ray.

She said she saw a mass in Suki's abdomen that was pushing her belly down.

She believed the mass was a tumor and wanted me to have an abdominal ultrasound at a clinic she recommended. She also said Suki likely had Cushing's disease. Suki was given  a very grim prognosis...as in death likely.

I left the vet crying and believing my sweet baby was going to die. 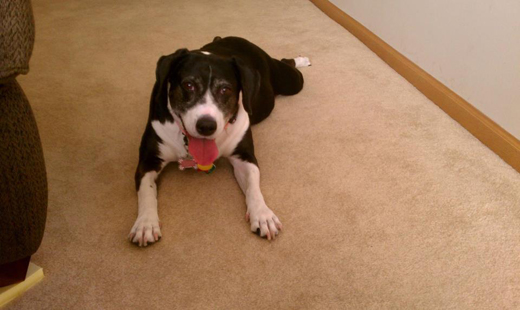 I was also extremely upset that the previous 3 vets at the clinic told me not to worry about Suki's belly.  She could have received treatment much sooner!  I Googled Cushing's disease, which only made me cry more!


Luckily for Suki, I decided to obtain a second opinion.

Another friend recommended her vet clinic which includes a hospital facility where they could perform the ultrasound. Her pets are her babies, so I felt confident with her recommendation. I made an appointment and took the previous x-ray with me.

Not only did the new vet (my savior) not see any mass or tumor, but she also showed the x-ray to every vet working that day for additional opinions.

No one could see this mass/tumor the previous vet saw. I was also told there was a blood test for Cushing's disease. What? A blood test was never mentioned before. How does one diagnose such a serious disease without performing a test?

We ran the blood test which came back negative!

After a thorough exam, the new vet determined the pot belly was partially due to the excessive weight and partially due to weakened stomach muscles from a pregnancy. The blood test also revealed elevated kidney levels, so  Suki was put on a medication to stabilize her kidneys.

After a diet and exercise program, Suki has lost 11 pounds, and her belly doesn't hang nearly as low. She still does have a little "buddha belly" which adds to her cuteness.

Her current vet was a godsend!

Not only do I have an amazing vet now (the same one each time), but I also learned to trust my gut!  I could have saved myself hundreds of dollars and a lot of stress!  It's my job to protect Suki...even if that means going against someone who supposedly knows more than me.

Suki is a 7 year young lab/beagle mix who was rescued a couple years ago. She was found wandering the streets and had been abused. A wonderful rescue group (Rover Rescue) saved Suki from the scary shelter and brought he to IL to a foster home.  Luckily, Stacey saw Suki's photo and fell in love with her - how could she not!

Suki made sure to pour on the charm at their visit.  Suki loves her new forever home!  She's spoiled, but hey she deserves it!

As a smart dog, Suki has  a lot to say about things; that's why she has her own blog with Suki’s Corner! You can also connect with Suki on Twitter or Facebook.