November 28, 2012
Remember the Spelling Bee? Big words are easier to tackle when you understand how they're put together. Veterinary terms are composed in the same way. Just like with other words, the main parts of a veterinary term are a prefix, a root, and a suffix. The difference is that they typically come more directly from Greek or Latin.

The suffix is the bit that will tell you about what procedure, condition, disease or disorder you're dealing with. Well, usually ... 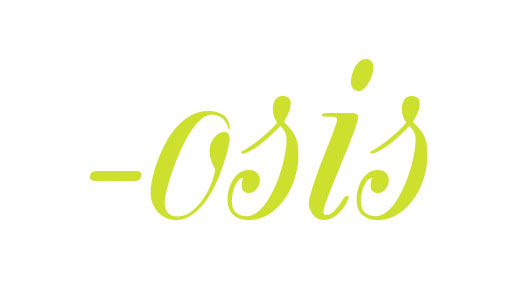 This covers quite a broad range of possibilities! The way I understand it, the suffix -osis typically indicates the presence of something that doesn't belong.

However, it also means process.

Apoptosis and necrosis are medical terms that clearly describe a process.
Both of these terms stand for cell death, the process of cell destruction. However, apoptosis means programmed cell death, which has to do with normal cell turnover, while necrosis is cell death and breakdown caused by injury or disease. The first one does belong, the other one does not.

As for the actual disease conditions, their meanings and severity vary.

For example, halitosis is just a fancy word for bad breath (talking about something that doesn't belong!). While on its own it merely describes the condition, the cause behind it remains unclear and must be diagnosed. The most common cause of halitosis is dental disease. However, there are other possible causes, such as gastrointestinal, respiratory or autoimmune diseases; metabolic disorders; oral cancer; and more.

Dermatosis is pretty vague and really just means any disorder affecting the skin. An example would be vesiculopustular dermatoses, in other words, skin blisters filled with serum or pus. Again, determining the cause behind the symptoms is crucial for treatment.

What would, btw, be the difference between dermatitis and dermatosis?

Dermatitis stands for inflammation of the skin. Dermatosis stands for abnormal skin condition of any kind, whether there is inflammation or not. So if your dog's skin turned green color but had no associated inflammation, it would be dermatosis. Demodectic mange, without the secondary bacterial infection, skin lesions associated with hormonal imbalances, seborrhea, these would all fall under dermatosis but are not dermatitis.

Acidosis stands for excess acidity in the blood. Examples would be metabolic acidosis and ketoacidosis, a complication of diabetes.

To my mind, these are all examples of a lot of something that doesn't belong.

Cirrhosis of the liver is a condition in which normal liver tissue is replaced by scar tissue, which, of course, cannot perform the same functions. This is a perfect example of the suffix's definition—it is a process of infiltration by something that doesn't belong.

Causes, again, are many and figuring them out is ever-important.

It's starting to make sense why diagnosis is a process, isn't it?

Some other examples would be spondylosis (bony growths where they don't belong), thrombosis (blood clots forming where they don’t belong), leukocytosis (overproduction of white blood cells) and so on.

Some of the terms ending with -osis have to do with infections.

For instance, ehrlichiosis (tick-transmitted bacterial infection) or mycosis (diseases caused by fungi)… these organisms definitely don’t “belong” in a dog’s body.  The names of many other infectious diseases actually end with -iasis, which we'll cover next time.