What Do Those Nutrients Do? Magnesium

October 06, 2012
A reader, concerned about her dog, who is recovering from a knee surgery, asked about what she believed to be an odd complication from the surgery. 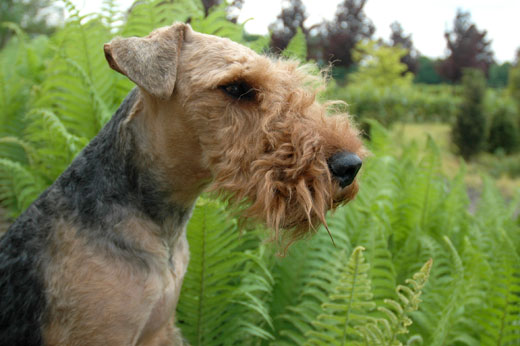 Her vet provided no clues as to what could be going on.


Her dog did well for the first two days, but then started having severe spasms. It happened when she was sleeping or just lying around. The entire leg, mostly the thigh and groin area, tightened up and went into a spasm, causing excruciating pain. The dog would tuck the leg really hard under the belly, scream blood curdling screams, and her eyes would roll into her head. She would pee a little, claw at everything, bury her head and try to pull her body away from the leg.

The spasms wouldn't stop until they grabbed her thigh and straightened the leg. To try to prevent this they've been sitting with her holding her leg 24 hrs a day but some spasms would be so strong even that didn't help. The Tramadol and Metacam were not touching this pain nor stopping the spasms.


I am intimately familiar with canine knee surgeries and have never witnessed, or heard of, anything like this.

Who could bear their dog being in so much pain?

Not having the slightest idea what could be causing this myself, but determined to find out, here is what I learned:


This is muscle cramping and they are extremely painful. It is because the leg was held in a certain position during the surgery AND he may have low magnesium levels. It is unusual but it happens.
Source: JustAnswer


So what is magnesium and how could it be involved?

Magnesium is an essential mineral (inorganic nutrient). Along with calcium, phosphorus, potassium, sodium, and chloride, magnesium is classified as a macromineral, which means that a dog's body needs it in relatively large amounts (100 to 1000 times the level of what are referred to as microminerals).

Essential means that the body has to get it; cannot do without it, and cannot make it on its own.

Magnesium plays a role in over 300 biochemical reactions in the body, muscle and nerve-cell membrane stability, and hormone secretion and function. It is necessary for absorption and utilization of some vitamins and other minerals.

It is vital for proper functioning of the nervous, endocrine and cardiovascular systems, and it supports a healthy immune system. It is also involved in regulating blood sugar levels and blood pressure.

Together with calcium, magnesium helps regulate muscle contraction and relaxation.

Magnesium deficiency, then, can lead to a long list of problems, muscle cramps, and spasm being just one of them.

Got more respect for magnesium yet?


No nutrient is an island

There is an intricate interaction between magnesium and other minerals and nutrients. It is not just the isolated levels of each nutrient that are important, the ratios between them are critical also.

For example, there is a complex relationship between magnesium and calcium. While magnesium is needed for calcium absorption and function, and they work together, magnesium can also compete with calcium and inhibit some of its actions.

Hubby used to suffer from muscle spasms quite often. When I learned about the potential involvement of magnesium, I started him on a magnesium supplement. You know, gotta try this stuff on SOMEBODY, right?

So far, since we started that, he hasn't had a muscle spasm or cramp since.