Gastric Dilatation And Volvulus (GDV): What Did The Latest Study Reveal?

Ok, you're probably more familiar with the term bloat. And if you don't know that one either, and own a large, deep-chested breed, you better do your homework quick. 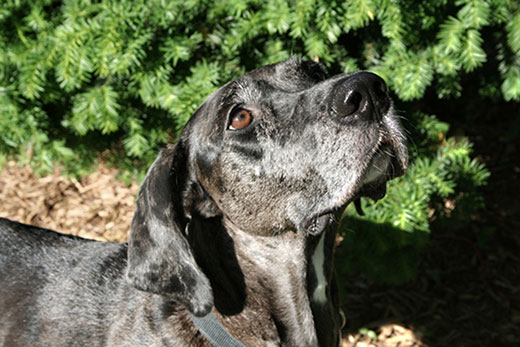 Gastric dilatation and volvulus is as deadly as cancer, except it kills way faster. So What is it?

gastric [gas-tric]; from Greek gaster - stomach
(btw. the word stomach itself comes from Latin stomachus, which is derived from the Greek word stomachos)


In other words, this is a two-fold problem.

The dilation bit means that excessive fluid or gas cause the stomach to expand/distend  (way) beyond its normal size. This is very painful but it is not the worst of the problem.

The real trouble comes when the distended stomach flips around, which is also referred to as torsion. Now all exits are blocked and everything becomes trapped while the stomach continues to expand. On top of that,  blood circulation to the stomach also becomes impaired, which leads a whole other set of problems ...


This paints a picture that is as horrifying as it is painful and deadly.

The only way out of this mess is an immediate surgery, which may or may not save your dog's life. GDV is a number two killer right after cancer.

That's why understanding the risk factors and prevention are extremely important.

How can we prevent this from happening to our dogs? And there lies another problem. There are only a few risk factors that are well understood.

The School of Veterinary Medicine, University of Pennsylvania conducted an internet-based, cross-sectional study in the attempt to shed some light on the matter. The study included 2,551 privately owned dogs.

Unfortunately, the study didn't bring much-needed clarity at all.

Here are the factors significantly associated with an increased risk of GDV from the study results:

Factors associated with a decreased risk of GDV were:
Now, wrap your brain around that.

One interesting bit is that sexually intact females have the highest risk for GDV.

So what do we do to prevent GDV in our guys? Apart from feeding multiple smaller meals, pray, mostly ...

Something I might consider in the future would be preventative gastropexy. It's a procedure that can be done while a dog is in for a spay or neuter, and it involves surgically securing the stomach to the abdominal wall. Then, even if it does dilate, it's not going anywhere.