August 10, 2012
A study reported at the World Congress of Veterinary Dermatology in Vancouver, British Columbia, shows that placing allergy drops under a dog’s tongue can be as effective as allergy injections for controlling skin allergies.


Dogs allergic to house dust, pollen, and mold have been treated with immunotherapy in form of shots, delivering small doses of the allergen to train the immune system to tolerate it.

But what if they could simply get allergy drops instead? 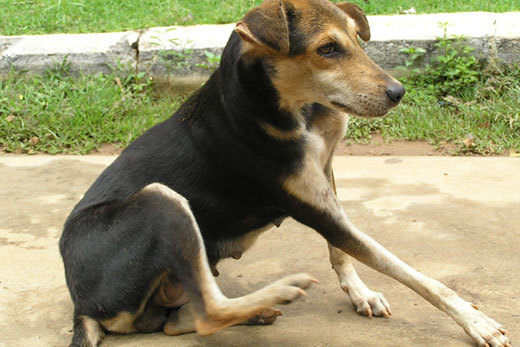 About 60 percent of the dogs treated significantly improved. Because the drops act through a different mechanism, they were successful even with dogs who didn't respond to the allergy shots. The drops also appear to be safer as they don't seem to lead to anaphylactic reaction, rare, but life-threatening reaction some dogs get to the shots.


Although the drops need to be given once or twice a day for at least several months, they seem to have major advantages.

Would you choose drops over shots? Dogs seem to, as the drops have a slightly sweet flavor which makes them quite popular.