You may have heard this one before: “If your dog has demodectic mange, just get some motor oil and rub it on the infected parts. It’ll get better, trust me!” 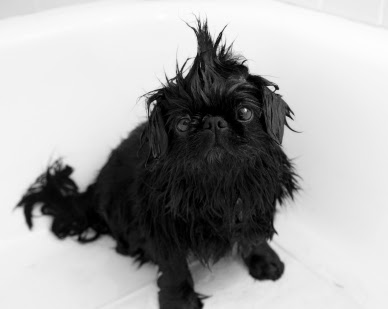 What would happen if you pour motor oil all over your dog?

For starters, there’re severe rashes that will result due to skin irritation. The motor oil will also cause extensive skin damage because your dog’s skin will actually absorb all the toxic chemicals from it.


But it gets much worse than that.

When a dog absorbs the oil through the skin, it penetrates the body and affects the internal system as well. Obviously, this causes a whole new host of problems, such as drastic changes in the blood pressure, as well as severe kidney and liver damage.

All this makes for a list of things horrible enough to get nightmares from, but unfortunately, there’s one more gruesome aspect left to cover.

Remember how dogs just love to lick and bite themselves all over, especially if they have demodectic mange? Well, what happens if they follow their instincts and proceed to lick their own skin… after being coated with motor oil?

Yes, they’ll swallow it, and the oil will induce vomiting, which in turn will introduce some of the oil into the lungs as well. This subsequently gives them pneumonia.

That should be enough of a reason why you should never, ever use motor oil to treat demodectic mange.

Now that we’re clear about what not to do, however, let’s indulge in our curiosity a little more. Why the heck did people use motor oil in the first place, anyway?

Yes, there’s a good chance that it was used as a treatment option successfully. Obviously, even this statement could be false – I’m really just speculating here.

I’ve found that there’s actually a coherent reason why it was viable then, but not now. But rather than jump into conclusions from the get-go, let’s walk through my little pet theory first. It’s essentially made up of three key points, the first being:

Motor oil produced 50 years ago had a different chemical makeup than the ones available today.

It’s no secret that the oil produced nowadays are very different from the ones made 50 years ago. There have been many changes to its chemical properties since then, but one of the more significant ones concern the level of sulfur present; it’s much, much lower than it once was.

Most people used burnt motor oil for mange treatment – fuel that was already spent in some form.

One interesting trend that I’ve been coming across is the fact that many of those who vouch for the oil’s viability used burnt versions of motor oil. They swore up and down that it worked, even though many other people horrifically disagreed. Keep in mind that this was what they did, not what they heard somewhere.
It’s also worth noting that burnt motor oil still contains a fraction of sulfur in it. But what’s all this talk of sulfur about, anyway? Well, it actually turns out that…

Sulfur is actually a pretty good deterrent to parasites.

The chemical is commonly used to treat parasites on both pets and humans, and there are many products in the market that include sulfur as the main ingredient. In fact, some demodectic mange remedies also include the use of sulfur in their procedures.

So it’s not much of a stretch after all for motor oil to be perceived as a good remedy for demodectic mange. In the past, the higher sulfur levels may have helped initially in clearing up the skin problem, which led to the unlikely remedy that we’ve been hearing about for ages since. The current users of burnt motor oil may also be seeing some form of success because the sulfur content was actually having a positive effect on the dog.


However, motor oil is definitely not acceptable as a treatment for your dog’s demodectic mange!

Some may indeed have gotten lucky and had their dogs’ mange cured by it, but it’s still a very dangerous method to use and will most definitely not work out for most other dogs.

Besides, there are other, better options out there. Why would you choose to dunk your dog in a smelly, greasy liquid instead?