June 26, 2012
Viva's story is shared with us by my good friend @Kenzo_HW. Check out his blog, it's got awesome information on Hovawarts, tracking, nose work and lots of other great stuff.


It's just over a year ago when Viva was diagnosed with Cushing's disease. 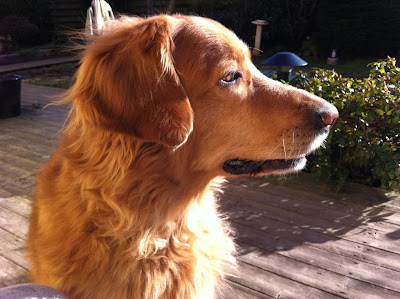 And all that time she thrived on the prescribed daily medication - 120mg of Vetoryl, or Trilostane. Every quarter Viva was tested and the results were excellent. Such a test consist of an ACTH stimulation test and full blood-work. Viva's liver, battered by her Cushing's disease before we started treatment, was recovering slowly but surely.

For a dog like Viva with several chronic diseases, every vet visit can be turned into a puzzle.

Has any of her known conditions worsened, like spondylosis, allergies or Cushing's? Or are we looking for something else this time? To be prepared we keep a diary of Viva's general state of health to note the changes as they come slow and only when compared over time you can really notice a difference. We write down things like:

Meals: how fast did she eat her meal?
Walks: after how long did she tire?
Play: did she play with Kenzo? And who initiated?
Cuddle: did she exchanged her infamous ear-nibbles with Kenzo?
Greets: did she wagged her tail so her back moved?
And so on 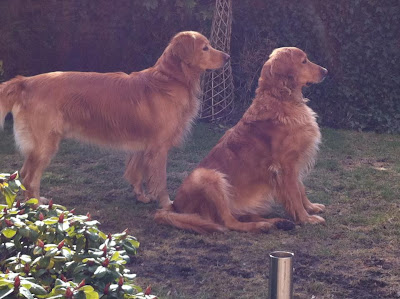 For example, when she wags her tail a little less and the walks get shorter, we know we are up for an acupuncture session for the spondylosis in her back.


So when the diary started to show a little less play and cuddles, we advanced her quarterly Cushing's test.

And although Viva's cortisol levels related to her Cushing's were still perfect, the rest of her body and organs clearly were feeling unhappy as the blood work showed.

This meant we were either looking at something new or the Cushing's medicine - which is very aggressive and can be compared to chemotherapy - was producing side-effects.

Based on what we knew from the diary, and the lack of other symptoms, together with her vet, we decided to lower the doses of Viva's Cushing's medication. The most reasonable assumption was the dose was affecting her health adversely, despite keeping her cortisol levels under control.

It took only a week for the diary to show us the first positive changes.

When we re-ran the Cushing's test at the end of that month, her cortisol levels were still within the limits, while her blood-work showed a lot of improvement on all area's. Would the diary not have shown any improvement, we, of course, would have been right back at the vet's again, discussing other options.

Having a dog with chronic diseases requires a chronic attitude.

At first, having to watch everything she does through symptom-glasses, was stressing me out. But now, that I accepted what a chronic disease requires, I can see the benefit of doing that. I became more connected with Viva than ever, and know she is living her life to the fullest despite the odds. That's just a terrific bonus, being able to give that to Viva.

Kenzo is the founding father of Kenzo the Hovawart blog. We got him as a puppy from a responsible breeder. Kenzo is an active dude and has participated in a lot of different dog training activities like obedience, "Schutzhund", tracking and nosework. He even attended dog shows - alright, one - with good results.

Hovawart males tend to rival a lot with other male dogs, but Kenzo is one of the exceptions. He is just friendly by nature. A dog with a heart of gold.

Viva was adopted from the shelter when she was 5 years old, and we don't know a lot about her history. Viva came with a lot of health issues and fear of most other dogs but is doing a lot better today. She is very persistent and has an iron will. When Viva wants something, she doesn't give up easily.

She loves to go for walks in large open spaces, where she can be sure there are no other dogs and she can investigate her surroundings undisturbed.

We are all living together in Copenhagen, Denmark.