First Time For Everything: A Healing Crisis(?)

Healing crisis – a temporary worsening of the patient’s symptoms during stage(s) of treatment.


The night after her treatment, Jasmine looked very rough. Her front left leg was very sore, and her rear left was right behind it. We figured that it might have been because she was off her pain meds for that day.

That didn’t, however, prepare us for the following morning, by which things went from bad to worse. 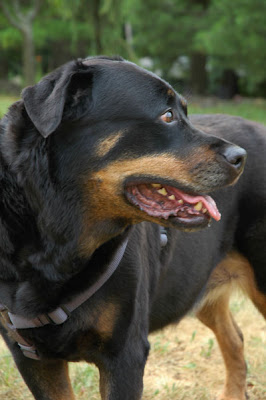 Jasmine was still very sore on her left side, but now all four legs were not doing well!

She did struggle up to go out to do her business. She was, however, having extreme difficulty, and after she got halfway to the door, that was about all that she could do.

Hubby carried her back on her bed.

Now what? This was not just worsening of her original lameness, this was something else altogether.

The moment Jasmine vet arrived at the hospital, he found me waiting on the phone.


We would have taken Jasmine to the hospital if it had to be, but were reluctant to volunteer to take her on a trip she was ill-equipped to handle. We figured we better discuss the situation with him to see what to make of it and what to do.

First things first, he wanted to know whether there was any swelling, redness or heat at the incision sites.

This was very important, because, while unlikely, an infection could happen and that would be an emergency situation. If it was going to happen, it would indeed have gotten very bad very fast.

That’s why keeping everything completely sterile was so important in such procedure. Hubby described how after they shaved the incision sites, they washed them off and then drenched them with alcohol. At one point the tech said she might have had put too much, but the vet replied that there is never too much alcohol.

Fortunately, we found none of the above signs. Also if there was an infection, Jasmine wouldn’t be putting any weight on the leg at all, which she was, to various degree, on all of them.

It was good to have this scary option off the table, but what is going on?

I described the progress of the events to Jasmine's vet. It was comforting that he didn’t sound surprised or worried about Jasmine; he just sounded quite worried about me.

He explained that some of the pain might be a result of some of the manipulation of the limbs which was necessary to get the injections where they needed to go.

Then he explained, that what he believes is going on, is what is in holistic medicine referred to as a healing crisis.

I have read plenty about healing crises so I understood what he meant. Reading about it, and watching it—totally different things!

He used the term reluctantly, however, he felt it best described what we might be looking at.

Healing crises were described by the experts using platelet-rich plasma therapy, and our vet witnessed them himself when he used the therapy for their resident rescues. With the treatment, the body’s healing process is pushed into an overdrive, which then results in a variety of scary looking symptoms.

In case of their resident rescues, the healing crises lasted about 36 hours with each of the patients.

After that, the benefits of the treatment should start showing. Our vet also said, that, while he has not seen that yet, the same thing could happen with the stem cell therapy, as these therapies have a lot in common.

Jasmine had stem cell therapy in the past and we did not see such onset of symptoms.

He sounded very confident and reassuring.

So we’re really hoping that this is all we’re looking at. I have to admit that I’d be perfectly happy to pass on such excitement; but on the other hand, it might be a sign of some serious healing going on. So that would certainly be a good thing.

He also said, that if we wanted, we could get her some Coenzyme Q10 which might help with the process. So I ran out and got some.

The good thing was that she was interested in food and her eyes were bright and didn’t lose their fire.

By the end of the day, we’re seeing some marginal improvement.

Jasmine drank, ate enthusiastically, eliminated, and seemed to have rested comfortably in between. She now gets to where she needs to go without as much difficulty as in the morning, at least I don’t have to worry about her falling over anymore.

Jasmine hates cold compresses, but so it happened that a new cooling bed, we ordered for her, just arrived yesterday, so we set it up for her and she’s already using it.

All this is not what we were hoping to see going in, but we're hoping that the final outcome will be what we wanted for her.

This is certainly something new. In the meantime, we have to take things one step at a time and be thankful for any sign of improvement.

Related articles:
Jasmine's Acute Lameness
Jasmine Doesn't Like "Doing Time"
Our Of Jail Free Pass
When It's Looks Too Good To Be True … The Lameness Returns
The Day Of The Treatment