April 24, 2012
Phoenix's story is shared with us by Brook of ruled by paws. Thank you, Brook, for sharing your story!

Imagine coming home from a weekend away, excited to get back to your faithful companion.  Eager to get back into the dance of life. 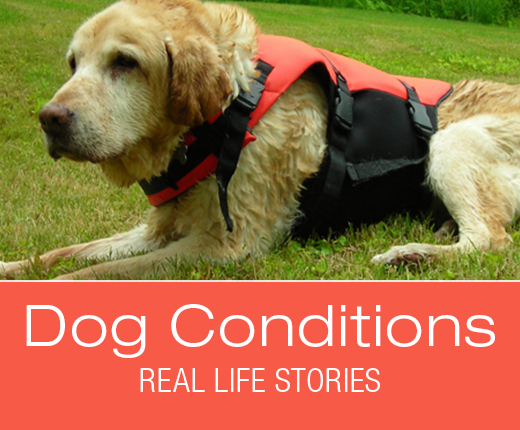 Your husband parks the truck and goes inside to turn on the outside lights. As you collect your things and get out of the truck…you see your husband coming out the door carrying something. You ask where your best friend is, and he hesitates before answering.

On November 28th, my husband and I packed two of our four dogs into the truck along with our suitcases.

We had decided to go visit some friends in Guelph for a few days and leave our other two dogs home with my step-dad.  We made this decision because one of my friends we were staying with had just welcomed a fourteen week old smooth coated collie into her home, and Phoenix no longer enjoyed puppies in his old age.

On December 1st, my step-dad was sitting on the couch in the living room watching television. He heard Phoenix coming out of our bedroom, so looked up to see if he wanted anything.


Phoenix stood in the doorway of our bedroom for a moment, trembled a bit, and then abruptly fell over onto his right side.

My step-dad rushed over to him and tried to help him back onto his feet, but it was no use. Phoenix couldn’t support himself.

We do not have a landline at our house, and my step-dad doesn’t have a cell phone or vehicle, so he did the best he could, knowing we would be home the following day. He carried Phoenix out to relieve himself every couple of hours. Helped him eat his meals and drink water.

Made sure he was comfortable. And watched him constantly, worried he would not be alive when I arrived home.

When we arrived home, Phoenix was in a terrible state.

He couldn’t hold his head up. His eyes were twitching and moving side to side. He was drooling non-stop.  His nose was running like a tap.  But, the moment he saw me, he began wagging his tail and whining because he couldn’t get to me.

It was about 6:00pm when we arrived home. We knew we had to get Phoenix to the vet, but we also knew that by the time we got him to Guelph it would be 3:00am, so we decided it was best to have him sleep on the bed in between us and start the drive in the morning.


It was a long night.

Both my husband and I were convinced it wasn’t going to be good news. We thought he had had a stroke or something, and knew that we had to do whatever Dr. Bianca felt was best. We promised Phoenix that we would do anything to make him better, but deep down we thought this would be the last night we ever had him nearby.

In the morning, my husband, my sister, my step-dad, our four dogs and I piled into our truck and began the seven-hour drive to Guelph.

It was the longest and saddest drive of my entire life. We had Phoenix lying on a blanket in the backseat between my husband and me so that we could keep him comfortable, and I think I cried about every twenty minutes. Phoenix had been my dog guide for seven years, retiring in May of 2005. We had done so many things together. He went to high school with me, to university with me, and was by my side during my mom’s funeral and then later my grandmother’s. I just couldn’t imagine a life without my faithful friend.

We arrived in Guelph around 5:00pm.

My husband carried Phoenix into Dr. Bianca’s office, and she had him place him on an examination table.  We told her all of his symptoms and then she looked him over.

She then looked up, and we got the best news in the world.

Dr. Bianca told us that it is very rare for dogs to have a stroke and that what Phoenix had was called idiopathic vestibular disease, or geriatric vestibular syndrome. She explained that it is similar to vertigo in humans and comes on suddenly, so there was nothing we could have done. After giving Phoenix a homeopathic remedy, Dr. Bianca explained what we needed to do to help Phoenix with his recovery and said that within seventy-two hours we would notice a drastic improvement – she was right!

Vestibular disease affects the ability of the brain to recognize abnormal body positions and also affects the brain's ability to correct these abnormalities.

The symptoms can be very drastic and frightening to the owner.
Source: PetPlace.com


Within 24 hours, Phoenix’s eyes were no longer twitching, and he seemed to be able to follow our movements throughout the living room (watching from wherever we had laid him).

After about 72 hours, Phoenix began trying to bear weight and was no longer drooling excessively. 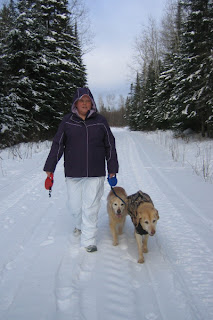 By Christmas, Phoenix was pretty much back to his old self, except a slight head tilt.

I am so thankful to have had the opportunity to be home with Phoenix and help him with his rehabilitation.  Dr. Bianca said that in some cases, people have put their dogs to sleep because they were unable to provide the necessary one-on-one assistance. I couldn’t imagine having to make such a decision and was so thankful for Dr. Bianca and her words of reassurance that Phoenix would make a full recovery “as long as I was willing to put in the effort.”

Even though Phoenix only lived eight more months after the onset of idiopathic vestibular disease (he was 2 months and 11 days shy of 15 years old when he passed), he never had a recurrence, and I think the changes we made after our visit with Dr. Bianca (putting out carpet runners, switching the dogs to a raw diet, etc.) helped us to have him just a little bit longer.


How idiopathic (of unknown cause) was Phoenix's vestibular disease really? That is a question to ponder.

Phoenix dealt with a lifetime of ear infections. We tried everything to help him shake them (antibiotics, daily cleanings ... ), but it wasn't until we started looking at a food allergy that things really started to become clear. Our vet at the time suggested we try a hypoallergenic food, and then slowly try to reintroduce things back into Phoenix's diet to rule things out.

We had Phoenix eat Waltham's Hypoallergenic food for twelve weeks, even using the kibble as treats, and noticed his ears began to clear up, and he stopped chewing his paws.

After a year of adding one thing at a time and taking things away if Phoenix showed any reaction to it, we determined that Phoenix was allergic to gluten. At this point, we decided to move him off of the vet prescribed food and onto a less expensive gluten-free kibble. With this dietary change and the help of antihistamines during the summer months, Phoenix enjoyed almost five years of infection-free life.

Neither the elimination diet or antibiotics were helping this time. Around the middle of November of that year, Phoenix's right ear flap engorged with blood and we were back to the drawing board.

About two weeks later, Phoenix's acute onset of idiopathic vestibular disease occurred, and through discussions with Dr. Bianca, we concluded that the IVD and year-long ear problems were indeed related.

Brooke is the human behind the blog ruled by paws. She lives in northern Ontario with her husband, four dogs, and two cats. She has two university degrees, a Bachelor of Arts from the University of Guelph and a Bachelor of Social Work from McMaster University, but has been unsuccessful in her job search.

She spends her days training for agility with her current dog guide, Cessna, a 7-year-old female black lab and canyon, a 22-month-old male golden retriever and hopes to enter competitions next summer. She received Phoenix and Cessna from the Liones Foundation of Canada Dog Guides.

Phoenix has been retired since may 13th, 2005 and Cessna entered their lives just over a week later, on the 27th. In the future, she hopes to begin her own breeding program and small rescue, but for now, she tries to learn as much as possible about dog nutrition, health, and training, while supporting Golden Rescue through monetary donations when possible.