April 17, 2012
A friend of mine, Kevin, of Dog Lover's Digest blogged this story of his dog's Tosha's sudden lameness. If you're not familiar with his blog, do check it out, it's awesome. 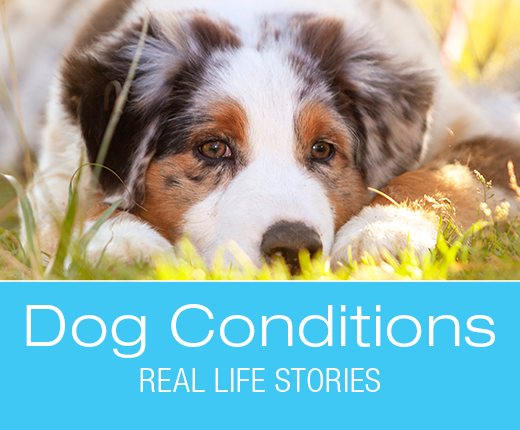 It all started with a case of food poisoning.

If you have a multiple dog household, the last thing you wish for is a multiple dog belly trouble! They all shared the same offending food item, and they all ended up with bad diarrhea.

Because they're all healthy dogs, they gastrointestinal tracts recovered fairly quickly.

Tosha, however, presented with a limp.


All dogs seem on the mend now, but I’m afraid Tosha may have injured a ligament in her right rear leg from straining while doing so many squats. We fear some possible ACL damage.


We are all biased by our past experiences and by what we've learned in the past. Would I suspect an ACL injury if I saw my dog limping on a rear leg? Most certainly so. Should I jump to a conclusion?

On one of her urgent potty breaks, Tosha lept up and dashed around the corner of the house to bark at something that required being barked at. Then she returned inside.

I immediately thought of her straining to go and the little hop she did as she ended her previous bathroom session and pole vaulted to the conclusion that she had injured a ligament. She didn’t seem to have any other symptoms, and considering the food poisoning et al., she was in good spirits.


The next morning the swelling seemed to have subsided, even though Tosha was still a bit lame. She was also rather quiet, but so were the other dogs, recovering from their culinary adventure.

As the day went on, though, Tosha was much quieter than the rest of the dogs.

A thorough examination revealed swelling further up her leg, that was very hot. They decided to take Tosha to the emergency vet.


Once the vet shaved the area in question we knew she had suffered either a snake or spider bite. 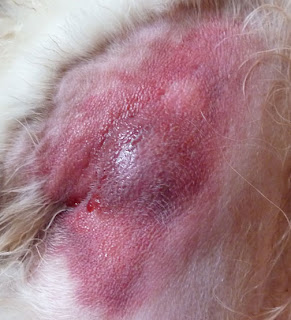 Tosha left the emergency clinic with some antibiotics and Rimadyl for the pain, fever, and swelling. She has recovered very well.


What has bothered me as a result of this whole ordeal is, what could or should I have done different? How could I have better handled this?

In my opinion, I think I made the mistake of assuming her injury was a strained ligament. I should have done a more thorough check of the area instead of just chalking it up to circumstantial evidence.


Tosha was lucky that she didn't receive a more serious bite. And doubly so, because her parents got to learn from this incident without having to pay a high price.

We can all fall into this trap.

We see what we expect to see, depending on our experiences. If your dog was bitten by a snake in the past, you will think of that first. If you had a dog with a knee injury, that is what will come to your mind.

The trick is not to give into assumptions, but instead, investigate.

When your dog starts limping, check everything, starting from the toes. There are so many things that can result in a limp, I'll write about that later.

If you cannot find anything, do keep an eye on your dog for any changes, such as Tosha's unusual quietness. Where we live, the chances of a snake or spider bite are quite low. If you live in an area where venomous snakes or spiders are common, do put it on your list of suspects.

The mission of Dog Lovers Digest is to provide information and spark debate about the training, health, behavior, and welfare of “Man’s Best Friend.”

Dog Lovers Digest is here to promote methods that are based on positive means. The blog focuses on ideas that have a basis in science and observation, not folklore. And, actions springing from the humane treatment of these furry members of the family.