March 13, 2012
Lilly Elizabeth Hawn of Champion of My Heart is a fearful but spirited Border Collie. She's had her share of challenges and she also seems to be a magnet for medical disasters. She's been lucky to have been lovingly looked after by my friend Roxanne Hawn. 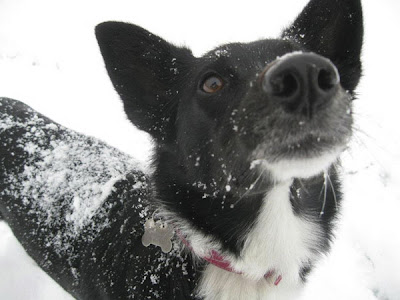 Since then, she was getting progressively sicker. It was not unusual for her not to feel good after a vaccine, but this time things kept getting worse until she ended up hospitalized with high fever, extreme lethargy, slow cognitive responses and inability to walk.

Very sick, Lilly ended up at the neurology department in Colorado for advanced diagnostics. 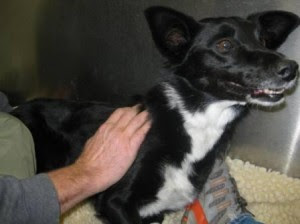 When the diagnosis came, it sounded just as bad as it looked – meningoencephalitis (inflammation of the brain the lining around the brain). At that time it wasn't known what had caused it.

The areas of Lilly's nervous system that were affected were

Lilly's ability to move her body reliably was greatly impaired. She couldn't stand or walk. 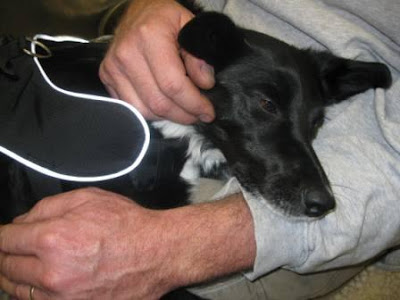 Some scary causes had been ruled out. Lilly's condition was not caused by IMHA (immune-mediated hemolytic anemia), GME (granulomatous meningoencephalomyelitis) – a severe and often irreversible form of nervous system inflammation, or structural lesions in the brain or spinal cord (essentially cancer of the nervous system). So that was the good news.

Lilly was started on treatment consisting of chemotherapy to control the inflammation of the nervous system and massive doses of steroids. 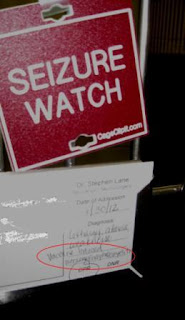 Her diagnosis was updated from meningoencephalitis to meningeoencephalomyelitis. Along with her brain and brain lining, her spinal cord was now affected also.

Despite powerful anti-convulsant medications Lilly continued to have seizures. Unless she was seizure-free for at least 24 hours she had to remain hospitalized.


Eventually, the meds worked and Lilly's seizures stopped and she was released from the hospital.

More than a week since she got so sick, Lilly could go home.

She was released with a total of 6 medications and detailed instructions on how and when they needed to be administered. This made up for a total of 12 doses of various things between 6AM and 10 PM.

Her coordination and sense of her body in space still very impaired. She now also started suffering side effects of the treatments. She started having nose bleeds. The steroids were making her antsy and thirsty. Her seizures seemed gone for good but she was getting head tremors. Lilly was also unable to sleep for more than 15-30 minutes at the time. 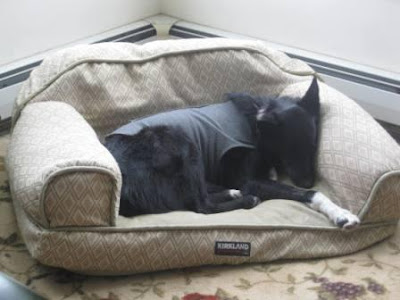 As if she didn't already have enough to deal with, Lilly also developed bad diarrhea. This was not caused by her primary disease, but as a result of now 7 different drugs Lilly was on as part of her recovery from the vaccine-induced meningoencephalomyelitis.

However, Lilly's follow up appointment was a good news, Lilly was improving.

Challenges continued, though. Her digestive system was still very agitated and he nosebleeds getting worse. The entire home started to look like a crime scene.

Lilly ended up back at the emergency hospital (again). 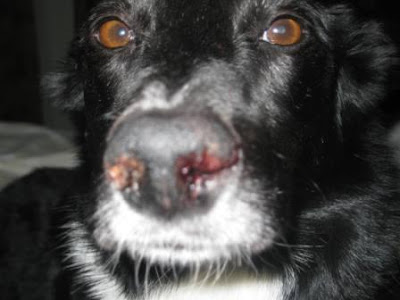 In addition to the neurological inflammation, her blood vessels turned out to be inflamed also. Her blood pressure was threateningly high. Lilly's medications were adjusted and more added.

It's been over a month now since it all started.

It's been very hard on Lilly and her family. While Lilly has improved greatly since, challenges remain. It's been a long hard journey and it isn't over yet. To read Lilly's story in detail, as it unfolded, visit Champion of My Heart and look for Adverse Vaccine Reaction - Recovery from Meningoencephalomyelitis under "Categories".

If you can, please help Lilly and her family.

Lilly survived the initial emergency, but her veterinary care — including requiring numerous medications during recovery and perhaps for the rest of her life — is ongoing.

Saving Lilly was no simple task. It was quite expensive.

We do have pet insurance, and we have submitted all of Lilly’s invoices to date (totaling more than $7,600 as of February 18, 2012, and including the initial ER visit, a week in the hospital with a veterinary neurology specialist, another ER run when her nose would NOT stop bleeding, and the many medications Lilly needs for her continued treatment and recovery).

We still have not heard from our pet insurance company, and while our family veterinarian has filed an official “adverse event” report, she said not to expect anything from the vaccine company.

Fans and friends in real life and across social media have asked about how they can help, so, we created this chip-in … even though we are NOT good at asking for help.