I Am An IMHA Survivor! Dylan's Story


Today it is exactly one year from a day I thought my Dog Dylan was going to die! 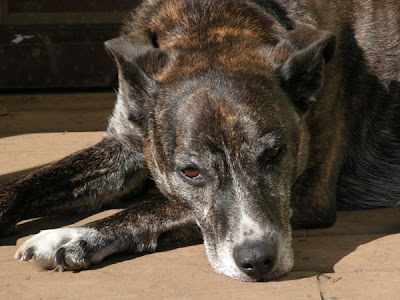 She lay on my kitchen floor, unable to stand, unable to drink water, unable to eat. That Wednesday morning was the 5th day into our journey of Canine Autoimmune Hemolytic Anemia (AIHA/IMHA), where for an unknown reason, her immune system began attacking her red blood cells and breaking them apart.

Although starting prednisone four days earlier when she was diagnosed, Dylan’s anemia continued to worsen.

She had been getting better in the afternoons on the first couple of days, so I had assumed she was stabilizing and maybe even improving, although at no time was I sure of anything.


On Tuesday afternoon, her third day on prednisone, very suddenly she could not stand and panicked.

Of course, when this happened I was totally stunned and unsure of what was happening and what to do. I wasn’t sure if it was the anemia or a maybe a stroke. Prior to this, she had been able to drink, although her tongue was so pale and weak that she could barely curl it to take in water, so even drinking was a lot of work. Now I was giving her water with a syringe and although she would not eat, she managed to take her prednisone with a little ice cream.

The night before she had been weak too, walking a little like a drunken dog, and mostly resting. 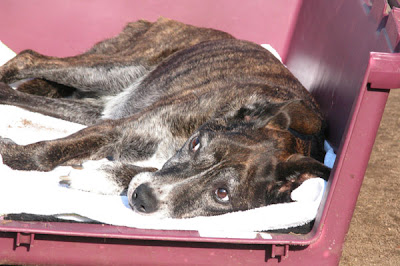 Later that night after Dylan had managed to get up and wanted outside, again unsure of what to do I let her out in the dark, totally unprepared, onto the uneven ground that my back step is, which I know now I should not have done. Everything was happening so fast and I had no experience with any of it.

She fell hard onto the ground and she looked afraid and freaked out.  She was not easy to pick up, but I picked her front end up and held her carefully and lovingly.

I was truly scared of what was to come.

Finally, I was able to get her inside and in her bed, so I could clean her up and the floor where she had to pee just before. Then I spent some time hiding in the bathroom crying. I could not believe what was happening to my sweet dog. 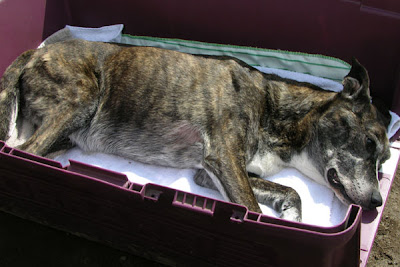 For the next few hours, I was certain I would lose her that day.

I did not want her to feel what I was feeling; my other dogs certainly did, however.  After working through the morning with her, her condition seemed to start improving and by late afternoon she was able to stand and get water and ate dinner that night. She continued to improve for another week; her red blood cell levels returning to just below normal.


But she did suffer brain damage from that day, although both of us consider it minor.

She no longer turns left as well as right and she is somewhat bent to the right now, but over the months since that day one year ago, she has improved and it is much less pronounced than it was that day.

Finally, she stood once again and began improving steadily as we got the prednisone dose lower and lower and finally out of her system. I can’t tell you how hard this journey was; months of carrying her out for everything night and day, moving her in her kennel everywhere. At one point she could not lift her head to eat or drink.

Hard work paid off though. I remember the day she stood after 2 months of being unable to move. 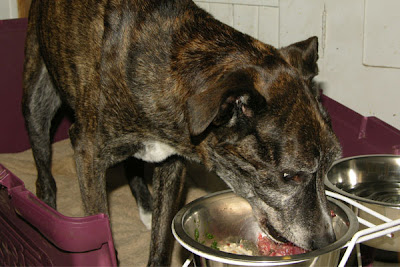 Much of that time she could not even roll over or move at all.  Gradually she started gaining strength and although I expected her to stand one day, it happened so fast that I was completely surprised when I turned around and she was standing to eat her dinner.

A miracle for sure!

Although attacked again this last November, knowing what I knew from the first attack, I was able to stop the attack sooner and remove prednisone faster as she recovered. Most dogs with AIHA don’t recover quite so fast. Maybe that is due to Dylan’s healthy raw diet, who knows. Although she lost some muscle during the second attack, it was not nearly as bad as it was the first time and no paralysis either, and thankfully no time at all stuck in her kennel.

Since getting off prednisone at the end of December, Dylan has been walking daily and gaining strength constantly. She is happy and exuberant and enjoying each day.

I am extremely grateful for every day and every moment with her and all of my dogs. 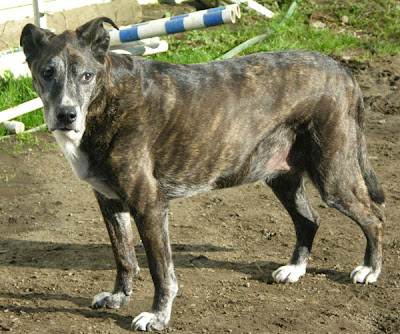 Life is very fragile and it can end so quickly. I have witnessed this repeatedly over the course of this last year.  It has been a very hard emotional year as I try to help others facing the same intense emotional roller coaster of hope and despair that is so common with this and several related diseases.

I have witnessed amazing people do amazing things to save their dogs over this last year.  Endless time and money are often required and given.  Many sacrifices are made and sometimes there is no saving our dogs. I have seen far too many dogs cross the rainbow bridge this last year.  They may have been dogs that I have never met, but that I did become close to through their struggle and that of their wonderful owners.


We will never be the same, but Dylan and I are also so close and spend so much time close to each other now, more so than ever before.

That is the one benefit, but we go through each day knowing AIHA/IMHA is always there somewhere.  So we enjoy every moment we can and we are happy today!