How Much Is The Health Of My Dog Worth To Me? 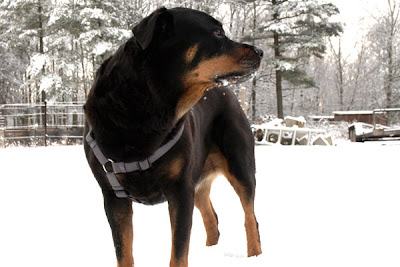 Jasmine's body was dealing with all kinds of inflammation and I really wanted to help her.

I wasn't, however, ready to consider steroids; not after what had just happened with the NSAIDs.

I was researching all I could and found that enzymes could help out.

I liked that idea and went to discuss it with Jasmine's vet. He agreed that they could help, but we'd have to be careful which product we choose. He also said that he doesn't normally prescribe those because of the expense.

On and on he kept priming me for some astronomic figure this might add up to.

Some time later we were in to see him to check on Jasmine's post-op progress. There was a lot to worry about at that time, and my brain was in an overdrive.

As we were leaving, he remembered that he had found an enzyme product which would be OK for Jasmine and asked me whether he should order it in for her. I was excited. “How much would that cost then?” I asked.

“Ninety to a hundred a month,” he replied.

“Oh, wow,” I exclaimed, “you weren't kidding! This IS expensive! Wow, this might just as well cost a million!” I was so devastated that I didn't even notice their bewildered looks.

Hubby stood there, watching my reaction. He knew that this didn't make sense. Obviously, something was amiss. Then it dawned on him.

He took my arm gently: “ninety to one hundred dollars, honey,” he says.

Can you guess what I thought I heard? Yes, I heard ninety-two hundred! That, however, wasn't the scariest part.

At first, when hubby figured out what just happened, it made him smile. As he continued to watch my face, though, his smile disappeared. I was trying to figure out how we could get it! How much could a kidney go for on a black market these days?

OK, my brain was very exhausted. And I kept being told to expect a high cost. But if I could get it somehow, I would have. Of course, I was extremely relieved realizing what the actual cost was.

Once the misunderstanding was cleared up, everybody had a good laugh. It remained an ongoing joke when the vet bill ads up to a lot of money.

“At least it isn't ninety-two hundred a month.”

Jasmine means the world to me. For the amount of money we have spent on her medical care to date, we could have bought a nice house. But she is my baby.


She is my heart dog. Forever, and ever, and a day.