February 12, 2012
by Amy Burkert of GoPetFriendly


Blitzen was a Christmas puppy and my husband's first dog ... ever. 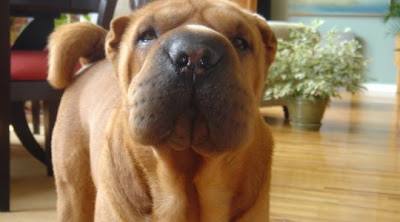 After looking for weeks, we finally found the perfect little boy - and just in time for a two-week holiday break from my job! We lived in Philadelphia, just off Rittenhouse Square, and it was the perfect place to raise a puppy.

Blitz was a charmer, and it wasn't long before everyone in the neighborhood knew him.

At night when we tucked in his bed inside his crate, he looked so small and cute ... but the noise that boy could make was unreal! He snored like a sumo wrestler. Some nights I'd take the puppy and sleep on the sofa, but at other times Rod would grab his leash and the two of them would set off to explore the city in the dead of night.

His first snow was the funniest. The city was completely silent, street lights glistening on the fresh, white blanket when we took him out. There was no one around, so we set him down and unclipped the leash. I'd never seen a puppy have so much fun! He burrowed, he hopped, he rolled around. It was like he'd found heaven. And we laughed until tears rolled down our cheeks.

He grew up fast, as puppies do, but he was always playful and friendly and had fans where ever he went. 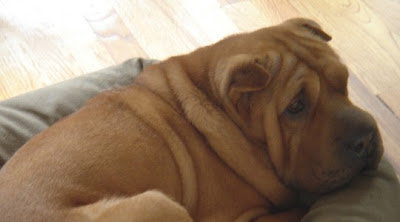 It was mid-September and our two-person, one dog business had just landed it's biggest project thus far. It meant three weeks of working around the clock, but the pay off was worth it. On Saturday night Rod and I took a break to walk Blitzen and enjoy the beautiful evening. His favorite game was "Get Mommy, Get Daddy" and he'd run between us at breakneck speed through the empty parking with his tongue flapping and his wrinkles bouncing. Life was perfection and we couldn't have been happier.


Everything changed on Sunday.

When we woke up to take Blitz downstairs to go potty, he barely made it to the alley. He peed more than I'd ever seen him go before and then wanted to head right back upstairs.


Not being interested in going for a walk was unusual for him, but we had a lot of work to do and I was glad to be able to get right to it.

He was always a picky eater - skipping a meal wasn't unusual for him - so I didn't think much of it when he wasn't interested in breakfast. He was obviously a little under the weather, but surely it would pass. I got back to work.


Around noon, Blitzen was whining at the door and needed to go out.

I ran him outside and diarrhea confirmed our boy was not feeling well. I still wasn't really concerned, but from that point on things got worse. He kept whining to go outside, but then couldn't go to the bathroom - he just kept wandering around with his head and tail down. It was like he didn't know what to do with himself - laying down wasn't comfortable, so he just kept walking.


When I found him laying on the cool tiles inside the shower I knew it was time to take him to the emergency hospital.

Shar-pei don't go near the shower unless something is really wrong.

We got to the ER about four in the afternoon and did all the intake paperwork while Blitzen was admitted. They got him on IV fluids for dehydration right away and started running tests to see if they could determine the cause of the illness.


We knew he had a fever, but we still had no idea his life was in danger.

It was about midnight when the blood work and other tests came back indicating there was a problem with his kidneys. I'd heard of a hereditary a condition called "Shar-pei Fever" that can cause kidney failure and that's when it hit me how sick Blitzen was.


The tears were flowing when the attending vet told us that we should go home for the night.

Blitzen was stable and they'd be transferring him from the ER to the hospital in the morning. We could call them to get an update and ask about visiting hours.

Sleeping was impossible. We knew Blitz was getting the best care available - the University of Pennsylvania has one of the best veterinary hospitals in the country - but this was our first dog together, and we both felt like we'd somehow let him down by not taking him to the hospital earlier.


The phone rang at five.

Blitzen was getting worse and the vet tech told us that if we wanted to say good-bye we needed to come now. We grabbed his favorite toy and jumped in a cab. When we walked in the room Blitz looked at us and tried to get up - his tail was wagging at top speed. But, as happy as he was to see us, it was clear he was suffering.


His kidneys were failing and he didn't have long.

The vet left the room and Rod and I snuggled up with our sweet boy. Tears were running down our cheeks as we told him what a good boy he was and how much we loved him. After a bit, the vet came back and gave Blitzen the injection that set him free from his failing body.

We walked away from the hospital in stunned silence.


How could a dog, not quite four-years-old, be fine on Saturday night and be gone on Monday morning?

Nothing made sense and we spent the next couple of weeks in a fog of grief and disbelief.

I shoved all of Blitzen's toys and his bed from sight - it was just too painful to look at them - but at some point, the time came to gather those things that could be useful to donate to the animal shelter.

As I went through his stuff, I came across his flea and tick medication and remembered that I'd given Blitzen his dose the day before he got sick.


It was years until I told Rod that I'd switched brands that month ... to save a few dollars.

I'd used the same flea treatment for Blitzen's whole life and switched just that once to a less expensive brand.

We didn't have a necropsy performed on Blitzen's body, so we'll never know for sure whether he was poisoned by the flea medication. We'll also never know whether taking to the hospital earlier that that day might have made a difference. All we can do is learn from our experiences and promise Ty and Buster that we'll always do our best to take care of them.


Please be careful with flea and tick meds! 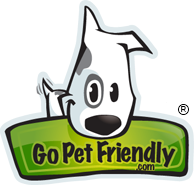 With detailed pet policies and a Road Trip Planner that has been referred to as "The MapQuest of pet-friendly," GoPetFriendly makes it easy to plan a trip with your entire family. The Burkert's blog, Take Paws, is an encyclopedia of pet travel tips, pet-friendly destination advice, and stories of their adventures as they travel full-time in their Winnebago with their dogs, Ty and Buster.