Is Your Dog Left- Or Right-Pawed?

February 09, 2012
Is your dog left- or right-pawed, or ambidextrous?  Why would you want to know, other than that it is fun to find out? 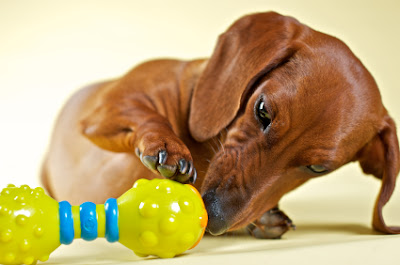 Here is some interesting data related to paw preference.
Knowing your dog's paw preference can help with prevention or mitigation of specific issues presented above.


How do you find out whether your dog is left- or right-pawed?

You will need:
How it's done:

Once you have recorded 50 interactions of the left or right paw with the Kong® you have sufficient data to determine whether your dog is left-pawed or right-pawed. Dogs that use their left paw 32 times or more are left pawed.

Those that use their right paw 32 times or more are right-pawed. Dogs with less than 32
uses of either paw are considered ambidextrous.