When Kupo was just 6 months old, he contracted something that started off as a little cough. 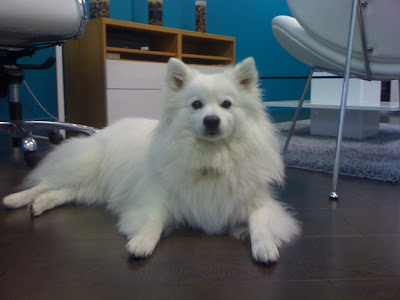 Our friends and even the vet told us that it was kennel cough, and that we should just let it run its course and it would go away naturally within a week or so. We thought this was odd, especially seeing that he had received a shot for this the previous week, but we agreed to give it a week like the vet told us.

Editor's note: I should take approximately 3 days for an intranasal and about 7 days for injectable kennel cough vaccine to take effect. Vaccines are for specific infectious agents, and so a kennel cough vaccine (bordetella +/- viral components) will not protect against all potential infections. No vaccine is 100% effective, even against the specific infectious agents.


It’s not easy watching your puppy in discomfort, and so after a week and a half, we brought him to the vet again as the cough was getting worse.

They told us nothing irregular was happening and gave us some medication (pills). We gave Kupo the pills twice a day, and after another 2 weeks, the cough was only getting worse.

Now that we had hit the one month mark, we were extremely worried. 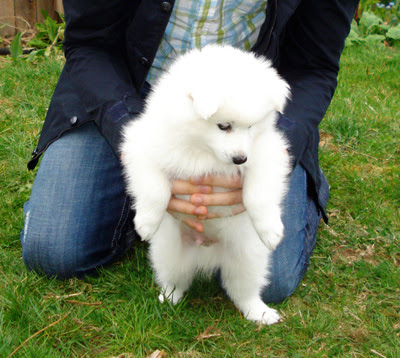 At this point, we had done a lot of research on our own on Kennel Cough, and this seemed like something more severe. We also read those respiratory problems can be more dangerous in puppies, and in some cases cause permanent damage.

When we returned to the vet, they tried giving us another type of medication. However, we felt that x-rays were necessary at this stage, just to make sure there was nothing wrong with Kupo’s trachea.


The x-rays were done and nothing serious was found.

This gave us a temporary relief; it was great to have something positive about this situation. We took the new medication and agreed to give it another 2 weeks.

After another 2 weeks, the cough was much much worse, and Kupo started to cough up large amounts of phlegm.

We tried several home remedies we had found in our online research, and some remedies such as honey seemed to provide him temporary relief.

However, the cough did not go away and seemed to be getting worse.


This was the month and a half mark, and we couldn’t stand to see our puppy suffer anymore. 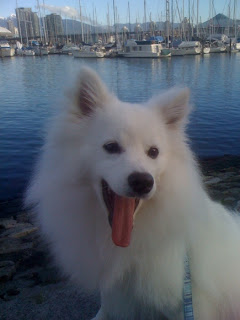 We brought him back to the vet and believe or not, after another “assessment”, they calmly (or carelessly) tried to give us another random medication to “try”!

Furious about the time and money we had spent, and the complete lack of results, we decided to seek a second opinion. We googled other local vets in Vancouver and found one close to Grandville Island that had fantastic reviews. They were also almost twice the price, but at this point, we had spent so much already, and just wanted our dog to be healthy again.

The new vet asked for the x-rays that were previously taken and said that they needed to take their own. At first, we thought that this might just be another vet trying to make more $$ from us, but we agreed.

The new X-rays were much clearer and, to our surprise, it showed a collapse in Kupo’s trachea!

This warranted the need for an actual throat scope, which was done the following day. The throat scope video provided enough evidence and information to recommend a medicine to directly treat the problem. We were hesitant to try yet another medicine, but we agreed to try it.

Our puppy was healthy again, and we couldn’t have been happier. Looking back at the money and time spent, as well as all of the suffering Kupo had gone through, we felt we should share our experience somehow. This led to the creation of www.kennelcoughhelp.com, a simple website sharing our experience, research, and information on Kennel Cough symptoms, treatment, home remedies, and all other information we could find etc.

The goal of this website was to provide an online resource where people could come and find quality information on kennel cough.

Information that people should know, like how a kennel cough vaccination can commonly cause a dog to actually contract kennel cough! The Dog Help Network idea was born.
dog conditions