What Do Those Nutrients Do? Calcium

nutrient n. a substance required in the diet to maintain normal body function
Source: Dictionary of Veterinary Terms: Vet-speak Deciphered for the Non-veterinarian


The importance of calcium

We all know that calcium is an important component of bones and teeth. What you might not know is that calcium does much more than that! 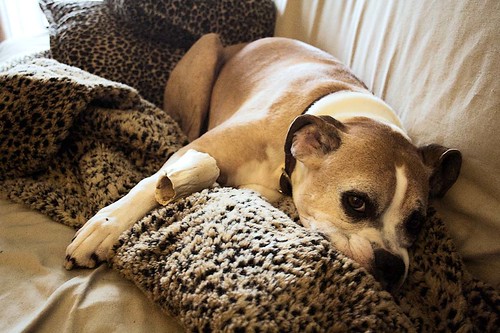 Calcium is not only found in bones, but it is also circulating in the blood.

The blood calcium is essential for a number of important functions, such as blood clotting, hormonal secretion, nerve conduction and muscle contraction (don't forget, the heart is a muscle too!).


Because of its importance, your dog's body has a control mechanism to keep blood calcium at proper levels. When blood calcium levels drop, calcium is withdrawn from the bones to correct the deficit. If your dog doesn't get enough calcium in his diet, or cannot absorb it properly, it will result in loss of bone density.

There can be quite a substantial bone density loss before calcium deficiency might show up on blood work or present with other symptoms!

Because of her long unaddressed undiagnosed metabolic and digestive issues, when Jasmine was undergoing her first ACL surgery, her vet had to use a chuck and pin to drill through her tibial crest; he noted that he's never felt a softer tibia!

Other nutrients (such as vitamin D) and hormones (parathyroid hormone and calcitonin, a hormone secreted by special cells of the thyroid gland) play a regulatory role in calcium absorption, function, and metabolism.

Kidneys are also involved in regulating calcium to phosphorus levels.

With the bones serving as a repository, this system is to ensure that there is always the right amount of calcium in the bloodstream.

What happens when the fail-safe system fails?

Calcium deficient diet or poor calcium absorption will foremostly reflect in the bones. Hypocalcemia, low levels of calcium in the blood, is typically caused by regulatory problems.

Severe hypocalcemia can be life-threatening! Symptoms can range from muscle twitching or weakness to convulsions. Because the heart is a muscle also, hypocalcemia can lead to heartbeat abnormalities and even cardiac arrest.

Hypocalcemia is most commonly caused by dysfunction of the parathyroid gland (often immune-mediated) but it can also be brought on by kidney disease, pancreatitis, and other conditions.

The other side of the coin are calcium levels that are higher than normal, hypercalcemia.

Hypercalcemia can be caused by a number of factors, such as cancer, Addison's disease or kidney failure. Overactive parathyroid gland or vitamin D toxicity are less common causes of hypercalcemia in dogs.

Hypercalcemia can lead to damage to any tissues but will most commonly affect the kidneys, nervous system and cardiovascular system.

Some of the symptoms of hypercalcemia include increased thirst and urination, lack of appetite and other digestive problems, lethargy, confusion, and depression. In severe cases, hypercalcemia can result in heart arrhythmia, seizures and even coma and death.

Got more respect for calcium yet?

The dog's body goes to great lengths to keep the vital blood calcium at the right levels. It is not likely than poor nutrition would lead to hypocalcemia. Vitamin D toxicity can, however, cause dangerous and potentially fatal hypercalcemia.

What an imbalanced, calcium deficient diet will do, though, is have a damaging impact on your dog's bones and teeth. Calcium deficiency can be one of contributing factor in the development of arthritis.