What Acupuncture Did For Intervertebral Disk Disease (IVDD)

August 18, 2011
We had dabbled in Traditional Chinese Veterinary Medicine (TCVM)
when the conventional medicine failed to find either an answer nor a solution to some of Jasmine's health issues.

As anecdotal as the evidence may be, dogs are benefiting from these treatments. What more does one need to know?

Here is an account of an experience of one of my dear friends, great veterinarian, Dr. Daniel Beatty, who just recently decided to explore this modality.


Canine Case of the Week: Bear and Cervical IVDD

Canine Case of the Week is Bear a special dog with Intervertebral Disk Disease in the cervical spine. What makes Bear special is that he is also a cancer patient, OK he is a good dog too! 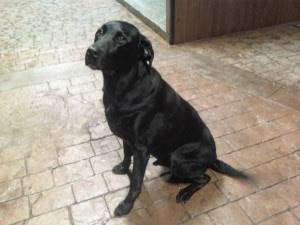 Bear is one of my lucky patients that has been able to take advantage of the new information about acupuncture I have learned from the Chi Institute in my process of acupuncture certification.

Bear is a 10-year-old neutered male black Lab. He was diagnosed with Osteosarcoma of the jaw in December 2010. The tumor was wrapped around his lower canine and it bled every time he ate. When it was discovered that it was cancer Bear underwent surgery to have the front third of his lower jaw removed. He recovered fine from the surgery and no longer had bleeding every time he ate.

Shortly after his jaw surgery, he started limping on his left front leg.

Of course thinking the worse his owner brought him right away to a specialist and discovered that no, cancer had not spread, but actually Bear had a strained tendon in his elbow. The specialist injected the elbow with corticosteroid and the limping improved. Unfortunately, he developed a neck problem 2 weeks afterward.

Bear has had issues with his neck for a long time.

He would be stiff and a little painful to the touch. His owner would give him aspirin and in a day he would bounce back, however, this time was different. He did not bounce back and in fact became worse.


He could not turn his head to the left without being in pain.

Back to the vet Bear went. His cervical spine was radiographed and luckily no signs of cancer, but also no significant findings for a problem relating to his pain in the neck.


He was diagnosed with Cervical Intervertebral Disk Disease or Cervical IVDD.

An MRI could be done to confirm the diagnosis but with the expense, the fact that an MRI may not be as reliable as once thought for diagnosis of IVDD, the fact that Bear has gone through a lot already and most important the owner was not wishing to put Bear through another surgery and only wants him comfortable for however many months she has left with Bear, an MRI was not performed and

He did this for a couple of months. It did not help enough and in May it became much worse. He could not raise his head comfortably and he was placed on more pain relievers.

In June when nothing else seemed to be helping Bear’s owner called me.

My first visit Bear was mildly depressed but still happy to visit. He could not raise his head very well, looked uncomfortable and certainly could not turn his head left. He was not sleeping well at night. He was very painful when touching his neck or trying to move his head.


I spent time massaging and doing chiropractic adjustments to help relieve some of his tension and pain.

I also prescribed Gabapentin for the neuropathic pain since none of the pain relievers he was on were seeming to help.

A week later I revisited and readjusted. He was improved. His pain was mostly gone but he still could not turn his head to the left.

The next week I revisited again and now he could turn his head about 50% to the left and still no pain. I adjusted him again and was happy with the progress.

However Bear had other plans with his newfound reduction in pain.


If the dog feels better and does something it should not it can re-injure the area and start the whole cascade of events all over.

That’s what Bear did!

He was happy feeling better and became excited one day. The owner knew that she needed to keep him calm and not do any activity with him, but Bear had other ideas and decide to play hard for a couple minutes and re-injured himself.


When I saw him we were back to square one!

He was in pain again and could not turn his head at all. We started over. I massaged and adjusted him and was coming back the next week, after my trip to the Chi Institute.

Monday, after my coursework at the Chi Institute I visited Bear He was out of pain but still could not move his head to the left.

I had some small needles that I usually use for horse legs.


I did some acupuncture for Bear’s neck and I have a laser machine and lasered a few acupuncture points as well.

The treatment lasted about 20 min. After the treatment was over, Bear got up shook all over and whined at the door. He went out, went to the bathroom, came back in and went right for his toy box. The owner and I were quick to tell him – OH NO. She told him to go lay down.


The owner and I could tell he was feeling very spunky and wanted to play.

He felt very good. So I went onto my soapbox and told her how he needed to rest and definitely needed to be confined and not allowed to play. The problem with acupuncture is that they feel too good and can re-injure themselves. All the while I was talking (preaching) Bear was laying with his right side against a wall, obviously upset that he was told he could not play, and at one point the owner and I looked at him and he looked back at us.

It only took a couple seconds for it to register that he was turning his head to the left to look straight back at us!

Here was a dog that had for months not been able to turn his head to the left and I thought I had made some big progress with the chiropractic treatments to get him to turn his head 50% of the way and now he was turning his head like nothing was ever wrong.


He had no pain and had a full range of motion from one 20 min treatment of acupuncture!

Today I visited Bear and he is almost completely normal. He is off all the medications except for the Gabapentin which he has started weaning off. He has a little limp in his left front leg but his neck shows no sign of pain and has about 90% range of motion. I treated him with electroacupuncture today and will visit him again in two weeks.

I have a new found respect for acupuncture and will be incorporating it more and more in my treatment protocols.

I will be suggesting it to clients more frequently and eventually I can see that my practice will be a Traditional Chinese Veterinary Medicine (TCVM) practice using herbs and acupuncture with some chiropractic and physical therapy added. Thank you Bear for the excellent results that were way beyond my expectations. With more treatments, I am hoping to help him with his elbow pain and extend his life comfortably despite living with aggressive cancer. 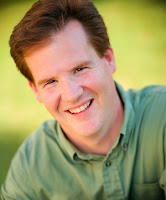 Daniel Beatty, DVM is a holistically minded veterinarian, with a love of giving out information to make the dog owner more knowledgeable and able to handle any health issue with confidence.


Dr. Dan, as he is affectionately known, is a 1996 graduate of the University of Illinois, College of Veterinary Medicine. He began his career as a large animal general practitioner in Princeton, Illinois.

While there, he completed advanced coursework in animal chiropractics and became certified by the American Veterinary Chiropractic Association (AVCA). And that is where the start of the quest began.

Along with focusing on body mechanics and nutrition in dogs, he works on other health improvements such as reducing the number of vaccines and working with the dog's immune system through supplemental support and pathological issues using more alternative treatments in combination with conventional treatments to help my clients' dogs improve their health and performance.