Did You Ever Wonder How Antibiotics Work?

Antibiotics are wonderful but narrowly specific tools in the fight against disease.


The goal of an antibiotic is to rid the body of disease-causing bacteria without causing harm to the animal.

Not All Bacteria are Mean


Bacteria are single-celled living organisms with a cell wall and without a nucleus.  Most bacteria are harmless, and some are even beneficial to animals.  Trouble starts when disease-causing bacteria invade our pets’ bodies and proliferate at a rate that is too overwhelming for the immune system to handle alone.


Antibiotics tend to target unique components of bacteria, for example, their cell walls.

Animal cells do not have cell walls and thus are not harmed by cell wall-destroying antibiotics.


Penicillin and cephalexin antibiotics interfere with the production of bacterial cell walls.  The cell walls become unstable (somewhat like a soap bubble about to pop) and eventually burst.

Lincosamide, aminoglycoside and tetracycline antibiotics inhibit one of the two subunits of bacterial ribosomes.  Proteins cannot be synthesized without ribosomes, and the bacteria are either unable to replicate or they die.

Metronidazole is taken up by bacteria and is changed to a substance that prevents DNA synthesis, causing the bacteria to die.

Sulfonamides and trimethoprim interfere with different steps of bacterial folic acid synthesis.  Animals are able to obtain folic acid from their diet, but bacteria must make their own.  Without folic acid, bacteria cannot survive.

Does an antibiotic kill ALL bacteria?


Antibiotics kill certain types of bacteria, based on:

Should antibiotics be used for suspected viral infections “just in case?”


No!  Antibiotics have no effect against viruses.

How do antibiotics work with the immune system?

Meanwhile, the remaining bacteria are multiplying.  At each “round” (that is, a dose of antibiotics) the antibiotics strike another blow against the bacteria, ideally gaining a bit more ground each time.

Can I stop antibiotics when my pet feels better or his or her clinical signs have improved?


No!  The goal of the antibiotic is to bring the bacterial numbers low enough that the immune system can finish them off.  Your veterinarian will have given you the number of doses that typically reach this goal.

If antibiotics are stopped before bacterial numbers are low enough for the immune system to finish off, only the bacteria that have “outsmarted” both the antibiotic and the immune system so far will be left to multiply, perhaps causing the next generation of bacteria to be stronger and “meaner” than ever.  This contributes to antibiotic resistance and is unsafe for your pet.

Are You Listening, Me?


I prescribe antibiotics more than any other drug class, and I love having such a great arsenal of medication available.  Reviewing how antibiotics work provides a good reminder of why choosing an appropriate antibiotic, giving it at the appropriate dose and for the appropriate duration is so very important!  On behalf of the entire veterinary and medical communities, I will say that we need to hear this as much as anyone! 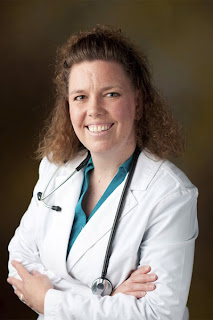 Dr. Shawn is a veterinarian and mom in Omaha Nebraska. She writes for CareFRESH, Life With Dogs (new!) and Omaha.net.

Articles by Dr. Shawn:
Xylitol And The Basset Hound