Signs, Symptoms And Treatment Of Heat Stroke In Dogs

Heat stroke is a serious and potentially life-threatening situation. It is especially common in dogs that have been left untended in cars We all know it is not safe to leave an animal in a closed car when the outside temperature is extremely warm.


However, even in temperatures as mild as 70-75°F, the temperature inside of a closed car can increase as much as 40° or more in one hour! 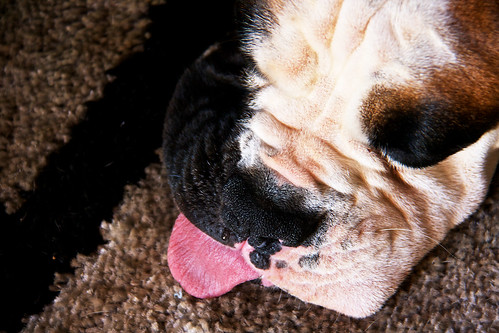 Besides the car scenario, there are other situations in which heatstroke becomes more likely for our pets as well.
Symptoms and Signs of Heat Stroke

Vomiting and/or diarrhea may occur. Dehydration and depression will occur as the symptoms worsen.

As the situation progresses, the animal’s gums may turn brick red in color or even purple or blue as oxygen saturation declines.

Your dog may have difficulty breathing and may appear to be gasping. He will become weak and may stagger. Seizures may occur and the animal may become totally comatose. Petechial hemorrhages, small red areas that resemble bruising, may appear. As the pet nears death, the temperature may actually decrease to below normal.


A body temperature higher than 105°F is cause for alarm.

It is important to remember that an elevated temperature can have many different causes and heat stroke is only one of those potential causes. However, often there are clues in the environment or the recent history of the pet that easily lead to the probability of a diagnosis of heat stroke. For instance, a dog found locked in a car that has symptoms consistent with heat stroke is likely suffering from heat stroke rather than another disease.

Treatment of Heat Stroke in Dogs

Any dog suffering from heat stroke should be seen by a veterinarian as soon as possible!

However, measures may be taken to begin cooling the pet before transport. It is important not to lower the body temperature of the dog or cat too much or too quickly. Cool wet towels can be placed around or over the animal. Towels soaked in cool water can also be placed between the legs, both front, and rear. Placing cool water on the ears and paws may help cool the pet also.

Naturally, the pet should be removed from the environment which caused the heat stroke. If possible, direct a fan toward the dog or cat.

Do not use ice or extremely cold water to cool a dog or cat suffering from heat stroke. Doing so may actually make the condition worse.

Though cooling the pet is part of treating for heat stroke, other procedures will also likely be necessary to save the animal’s life and rapid evaluation and treatment at a veterinary facility is usually necessary.

Treatment for heat stroke will vary depending on the condition of the animal, but intravenous fluid support is usually necessary.

Blood transfusions may be required. Oxygen therapy may be necessary for animals suffering from respiratory depression. Cerebral swelling (swelling within the brain) may require specialized medications, such as mannitol to reduce the swelling. Antibiotics may be necessary if there has been damage to the gastrointestinal tract to combat sepsis caused by bacterial translocation. Other therapies may be required.

Severely affected may not survive despite best attempts at resuscitation.

In most cases, heat stroke is preventable by taking some simple precautions.