May 21, 2011
Teddy's story is courtesy of Two Little Cavaliers, shared by Nicki from Rupert’s Fund.

However, dogs of other breeds can also be affected; particularly miniaturized breeds and breeds with pushed in noses.


The only answer to preventing this horrible suffering is responsible breeding.

Breeders should follow the SM Breeding Protocol. The aim of the breeding protocol is to reduce the incidence of symptomatic syringomyelia in the cavalier breed. The chance of producing an affected dog cannot be predicted without knowing the inheritance. 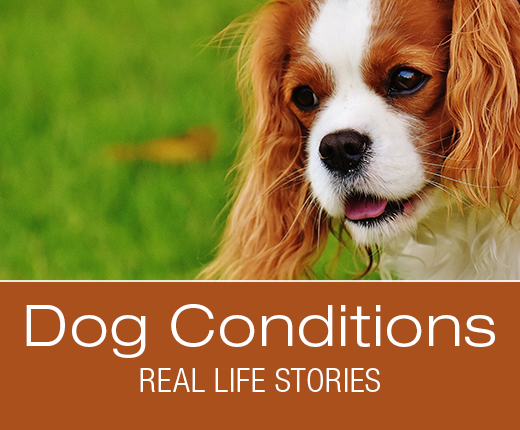 Teddy came to live with us in April 2005 at 19 months of age – he had been living in an outside kennel and was not house trained, but he quickly learned about living life indoors He was a gentle, soft boy, and a wonderful companion for Rupert – they were very close.

I soon realized that something was not right – but even my vet could not believe that we would be so unlucky as to have TWO affected dogs (little did we know…).

Teddy was scratching, to start with on one side only, not making contact with the skin – and just behind his front leg.

It soon became bilateral, and eventually both ears too. He was not happy being groomed – and was generally such an easy dog, happy to do anything you wanted him to do, so I knew it was not naughtiness.

He was treated for parasites, skin irritation and put on exclusion diets for food allergies, none of which made any difference.


Teddy was MRI’d a year later – and we were shocked to discover that he was indeed moderate to severely affected.

When we obtained Teddy, we had impressed upon his breeder that we desperately wanted a healthy Cavalier – obviously we had recently been through Rupert’s bad pain episode and feared he would not be with us for long; we also had another little Cavalier who sadly had many health problems, and was euthanized at the age of 7, not too long after we had Teddy.


After Teddy’s diagnosis, we wrote to his breeder explaining what had happened and asking if she would be prepared to offer us some help with the huge vet bills we were now facing. She wrote back wishing him well and sent us a refund of his purchase price.

Teddy started a program of treatment, having medication every 8 hours.

We were lucky in that every time he deteriorated, we found or were told about a new treatment or supplement which helped him. It was an emotional rollercoaster, but when you love them so very much, you do everything you can to help.

Scratching – initially one side, later both. Behind the front legs and later both ears too. If you touched his chest, that would trigger a scratching episode. It was hard for him to stop scratching, even if you called his name or touched him.

Pain – he NEVER yelped or cried out. The pain was apparent though in his facial expression and demeanor. Eventually, he started to vocalize – moaning and groaning noises.

Intolerance of grooming. Particularly hated having his nails trimmed and eventually had to be sedated for this and for clipping his coat.

Sought cool areas to lie, he could not cope with heat/warm rooms.

He was very restless – at his worst times, he could not stay in the same position for more than about 30 minutes and would wander around trying to get comfortable.

Excessive tearing from eyes
The haunted look in his eyes and ears held lower and back.
His balance was initially very good, but eventually, he started limping, and his reflexes were affected, and he then started to stumble occasionally.
Mild urinary incontinence

Teddy dropped a lot of coat, his gorgeous bushy tail disappeared, and his belly and groin area were actually bald.

This was believed to be a side effect of the Gabapentin. He was clipped under sedation at the vets in January 2010 – and his coat never grew again--an unsolved mystery.

Teddy had a follow-up MRI 2 years after the first one as his symptoms were getting worse.

There was some progression but not as much as we had possibly expected, which gave us some hope. However symptoms do not always correlate to the degree of severity apparent on an MRI – the width of the syrinx is more significant than the length, also whether it is asymmetrical.

Teddy was on an extensive schedule of medication, for over four years – we tried everything we could to keep him comfortable and happy.

He also had natural supplements and homeopathy. Teddy had regular blood tests to monitor the effect of the medications on his body – he had to take a liver support medication, as his liver was affected, possibly due to the drugs.

He developed some urinary incontinence, but this was treated homoeopathically with complete success!

Sadly Teddy also battled with Small Intestinal Bacterial Overgrowth, so he had to have daily antibiotics; he also developed a heart murmur at the age of 4, which progressed with frightening speed and in just under 2 years became a grade 5/6.

Teddy started vocalizing showing that his pain was not under control, he was limping intermittently {neurological rather than injury}.

He was very restless. It became apparent that life was no longer enjoyable and Teddy did not even want to go for walks anymore. We could no longer keep him comfortable, so he was given his rest peacefully at home on 8th April 2010 at only 6 years of age :-(

We gave the gift of love and put Teddy through the Syringomyelia Cavalier Collection Scheme – a difficult decision to make but it is a considerable comfort to us now – it gave value and meaning to his passing, and hopefully the tissues harvested from his body will help this critical research.

Teddy loved to be involved in whatever we were doing. He was very close to my husband, but he always wanted to be wherever I was – he was my soulmate.

Dealing with chronic conditions such as Syringomyelia is very draining, it’s hard to take pleasure in and enjoy your dog when you feel like you are living on borrowed time.

Every day you would worry about new symptoms you might be seeing, you tend to blame everything on the Syringomyelia but also have to investigate other possibilities. 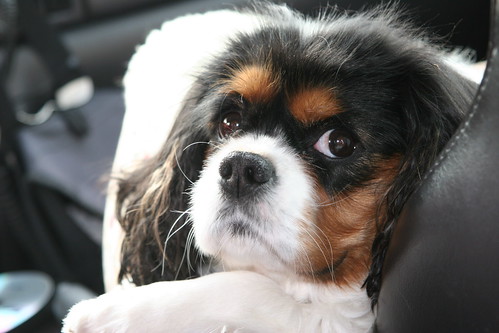 Not only it is very draining emotionally, but your whole life also revolves around the dogs, making sure you or someone responsible is around to dispense their medication. Teddy was on an 8-hour schedule for over 4 years, so we could NEVER have an early night or a lie in. We never resented it, we adore all our dogs and would do anything for them.

It is also draining financially, even with insurance we were paying out hundreds of pounds a year, not only on veterinary fees but also travel costs to the practice and to specialists, supplements and complementary therapies.

A considerable amount of time is spent nursing the dogs, also researching the condition and treatments and working with vets. It is tragic that this beautiful breed has to suffer from so many horrible problems, it affects so many lives.

Our experiences have inspired us to help with raising awareness also with fundraising, lately particularly for Rupert’s Fund, which was named for our Rupert.

Supporting and donating to Rupert’s Fund is one of the best ways of helping our beloved breed – to fund research to find the genes responsible for Syringomyelia and to produce tools to help breeders make appropriate breeding decisions. Obviously, it also helps us find MRI Grade A older dogs, which can only help the breed.