Reading About Heartworm Is One Thing; Watching A Dog Suffer Is Another

It is one thing to hear about it, and it is another to watch an actual dog suffering.

Next time you hear or read about the importance of heartworm prevention, don't only take note, take action. 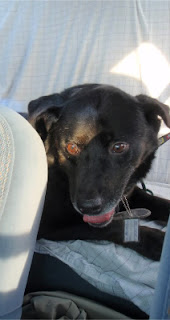 First time I met Newton was on his last leg of transport from Ohio, USA to Barrie, Ontario, Canada where he would live in foster care with me for the next month or so.


He wasn't the first heartworm positive dog that the rescue had brought in, but he was the first I'd had direct experience with.

I'd heard the term heartworm before, seen the posters and prevention brochures in vet clinics, and definitely researched it before he arrived, but seeing the effects of the disease and treatment first hand was a totally different ball game. 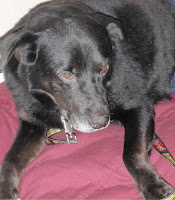 When I brought Newton home, I was immediately hit with the realization that this dog was really not healthy.


All of my foster dogs before had been young and in tip-top shape. Newton just couldn't seem to lie down and sleep enough. He moved slowly, fatigued extremely quickly, and occasionally coughed.

Going up the stairs to go out to pee and then back in the house made him lay down and go to sleep for hours. He also had the stinkiest pee I have EVER smelled. However, his big ol' tail thumped away whenever you spoke to him, looked at him, or even muttered to yourself.

A few days after transport, we were off to the vet for x-rays, blood work, and urinalysis. He was nearing 6 weeks or so post-treatment by then. Thankfully, despite all of the signs being there, there was minimal enlargement of his heart. Urinalysis results were odd but turned out to be a false alarm.


He began showing more interest in my own dog, and then one day, they were playing!

Newton has moved on to a new foster home, and he's absolutely thriving. I got the chance to see him again not long ago, and he is a completely different dog. 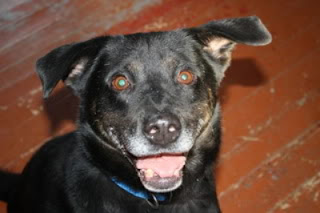 He may not feel the effects of heartworm anymore, but I will never forget how terrifying it was seeing a dog so sick, where the treatment is as excruciating as the disease.

Prevention is a negligible price to pay compared to the potential alternative.