Trust Your Gut! The Story Of Blind Maximus

Hello there. My story is kind of long and too much to get into here. 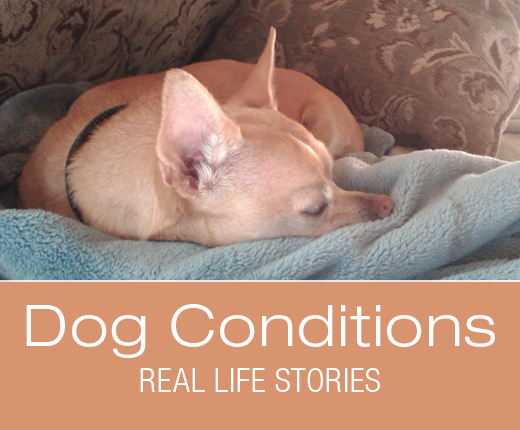 I wasn't always. But when I was 1 year old, because of an infected cat scratch, my left eye was replaced with an implant.

Then, when I was about 5, my RIGHT eye got scratched by a totally different cat and I underwent surgery to save it (aaand as my name might tell you, that didn't exactly "work." I'm as blind as it gets).

We animals are known for our instincts (uh, even when our instincts to defend the backyard against intruding neighbor cats ultimately cause us major trauma).


People have instincts too but for some reason choose to ignore them, rationalizing them away.

Now, I'm all for thinking things through and not being a total spaz-head (even if I'm not so good at it myself) but we—animals and people—have instincts for a reason.

What does this have to do with anything?

We learned (the hard way) that a good vet is priceless. And unfortunately, sometimes very hard to find.

With my first eye "incident" we went to a vet that was well-established and well-liked. Now, we live in a small town so we only have two vets to choose from anyway.


He assured us that the little white dot in my eye was just a corneal scar, nothing to worry about, and maybe he gave me a steroid shot.

That dot didn't go away. It got bigger.

So we went back and he just gave me another shot. At this point Girl was skeptical but wanted to believe it was nothing, and hey, he was a vet, he should know these things, right?

Her gut told her he was full of hooey but, well, maybe if we just gave him one more chance...

Finally, it became painfully obvious the eye was getting way worse and the vet wasn't going to admit he was out of his element.

We went and saw the other vet who did drops to test for tears/punctures (which the other vet never bothered doing) and immediately he said we needed to get to a specialist. Which we did.

And that's how I ended up with my fake eye because my eye was so infected it had to be removed pronto.

If the Girl had trusted her instincts and taken me to the other vet after our first unsuccessful visit, would I still have a seeing eye? Maybe. Possibly. But maybe not.


Regretting it now is pretty silly because it is what it is.

But we did learn an important lesson—vets are not all-knowing and are not created equal. Finding a good one, one that is willing to answer your questions and explain things to your satisfaction is so important.


It can truly be the difference between life and death.

If we had continued with our original vet, telling us it would be okay "we'll try one more shot" I would have been dead from the infection spreading to my brain.

I know this blog is about dogs and dog health and stuff like that but I feel compelled to say that the "trust your gut" rule applies to your own people health as well.


Yeah, you'd think that would be obvious, but there are people out there who take better care of their pets than they do of themselves.

And recently it seems like I've been running into way too many human people who are going along with their doctors...even though they feel like something isn't "quite right"...and then have unfortunate things happen as a result.

You have instincts for a reason. Trust your gut!
...unless, of course, it tells you to bark at that trespassing neighbor cat.